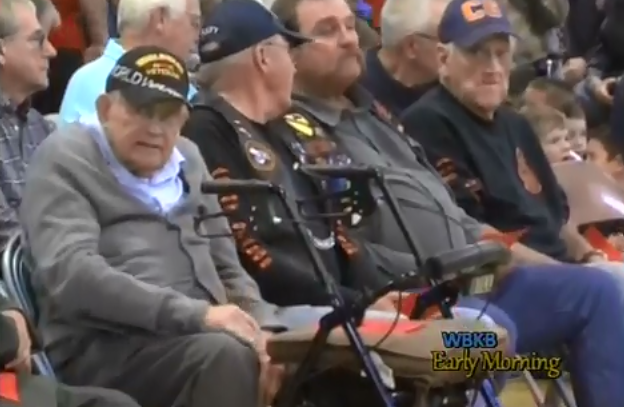 Soon Alpena residents will see a “military avenue of flags,” lining a section of m–32 to honor fallen veterans in the Alpena area.

After receiving approval by the city’s municipal council this week, the joint venture between the Kiwanis and Booster clubs will see to it that flags line the bi–path from Evergreen Cemetery all the way to Washington Avenue Park.

The flags will be flown on patriotic holidays, such as Flag Day, Memorial Day, and Independence Day among others, and honor fallen war heroes from Alpena. At the base of each flag would be a plaque memorializing the veteran with his or her name, the war in which they fell, and the sponsor’s name.

Mayor Matt Waligora says as a former Navy member, he loves the idea of this project. “You know anything we can do in a positive nature to recognize our heroes, especially our fallen heroes, but veterans in general…but this project is going to start out honoring our fallen heroes, and it’s my understanding that it will evolve into a more service men and women of every nature. So it means a lot, and I think it means a lot to our city,” he says.

Club members hope to eventually expand this project to parts of downtown, as well as parks and private residences. They currently have the names of 291 fallen soldiers.