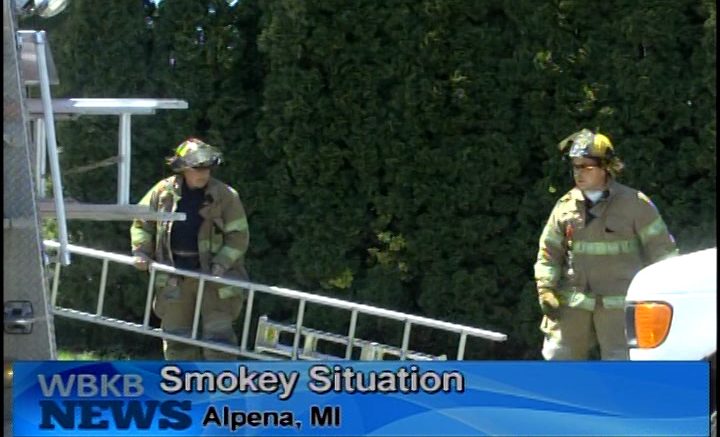 A smokey situation in Alpena, reminds us of the saying “better safe than sorry”.

Today Alpena City Firefighters responded to an incident on 114 East Dunbar street, where a possible fire was reported.

“A local contractor was doing some work on this house, uh painting, and they were using a heat gun and uh with the heat some of the paint was setting on fire and they thought it got possibly into the attic and there was smoke,” said Lieutenant Andy Marceau of alpena city fire department.

Although the contractor was unsure of the severity of the situation, Lt. Marceau says they did the right thing by calling the fire department.

“It was more for precaution they were doing…being on the safe side. Obviously a contractor any time they’re doing work and they have smoke or using round heat they should take precaution,” said Lieutenant Marceau.

Firefighters used thermal imaging cameras in the attic area to determine if there was any heat. They also checked the roof for any indication of a fire extension. It took less than half an hour to deem the area as safe. As we’re getting into warmer temperatures and doing some housework, Lt. Marceau advises that we use precaution, such as having fire extinguishers or water nearby, and to never hesitate to call the fire department because… Better safe than sorry!