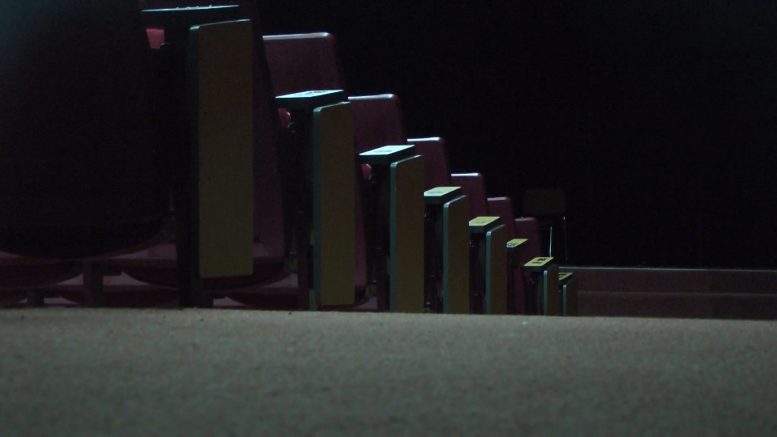 (Photo Courtesy/Mike Beiermeister) The weekend showings of the 2019 Thunder Bay International Film Festival will be held at Alpena Community College if the government shutdown continues into next weekend.

Alpena, Michigan — As they say in show business, the show must go on, and that’s the case for the 2019 Thunder Bay International Film Festival.

With the partial government shutdown, the festival needed a backup location to show their films, and they found just the spot.

If the partial government shutdown continues into next weekend, films will be show at Alpena Community College. People can watch films at the Granum Theater and adjacent facilities on the campus.

The film festival is normally shown at the Great Lakes Maritime Heritage Center, but due to the shutdown, no one has access to the facility until the government is reopened.
The nonprofit group Friends of Thunder Bay National Marine Sanctuary created a contingency plan as the shutdown continues on.

“I’m just thrilled that the community is still going to be able to see these films when they are scheduled,” said Film Festival Coordinator Stephanie Gandulla. “We very likely could not have played them at another time based on the contract we have with the International Ocean Film Festival, so I’m personally super excited that people still have the opportunity to see these amazing films.”

Over 50 films from around the world will hit the big screen next week. The film fest goes on the road starting next Wednesday at the Alcona High School Auditorium and then Thursday at the Rogers City Theatre. If the government is still shutdown by the weekend, folks can catch the films at Alpena Community College.

For more information you can visit the website www.thunderbayfriends.org. The film fest takes place from January 23-27.