A storm system centered over Illinois is bringing snow to Northeast Michigan. Earlier in the day, temperatures were warm enough for rain in Alpena, although it was snowing in areas to the west and southwest. This evening, we’ve seen a change to snow in the Alpena area. Roads have become messy and slick, a continuing theme through tonight. Moisture is wrapping counterclockwise around the main storm system located southwest of our area. A few patchy snow showers will be possible Saturday, but nothing extensive.

High temperatures today got up to 38 degrees in Alpena and 40 degrees in Detroit. Saturday’s temperatures will still be “warm” compared to normal values for mid-January. The beginnings of some colder air in the works have arrived in North Dakota, where the high was 26 degrees in Bismarck. That colder air is on the way into our area early in the upcoming week. 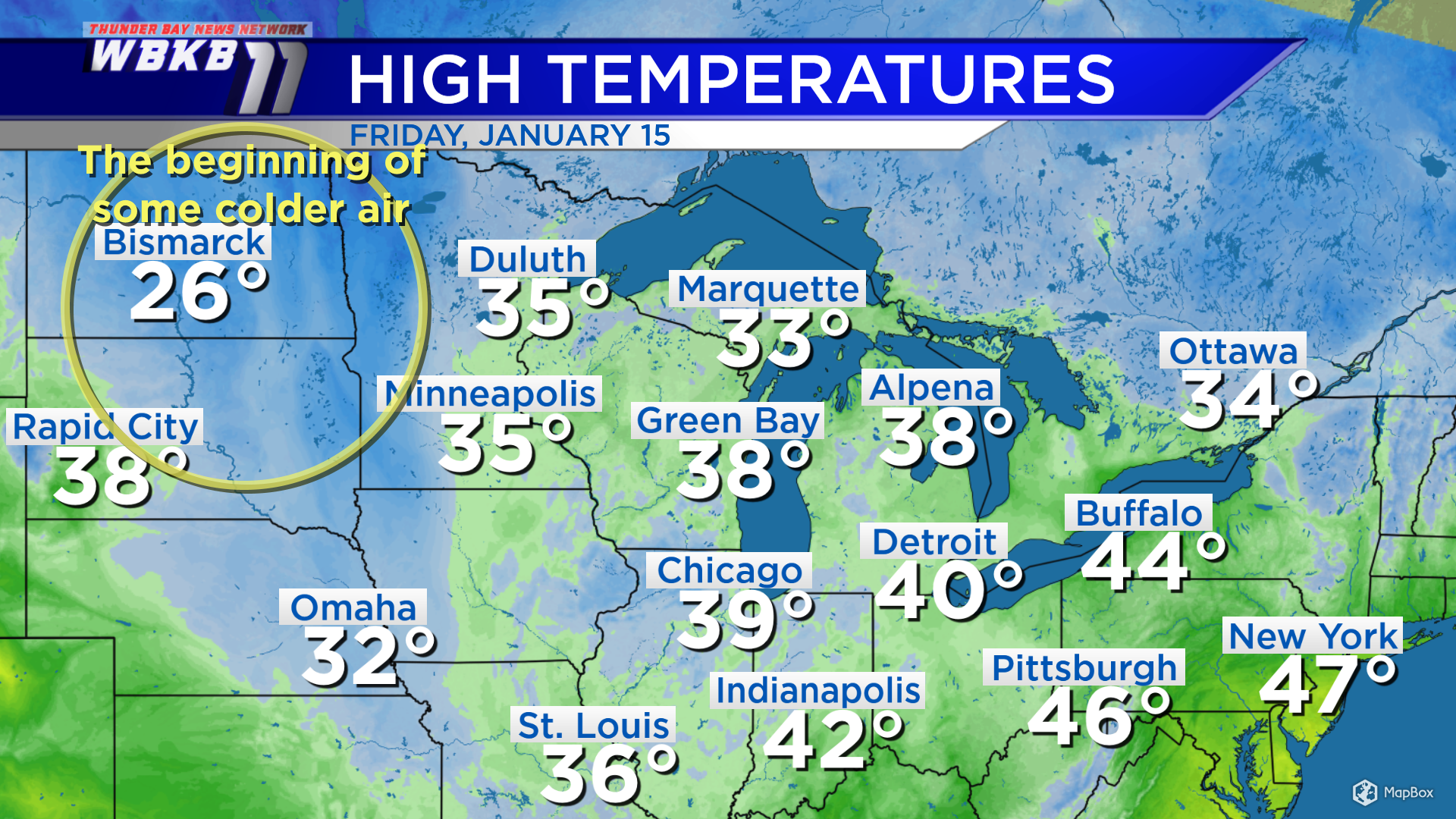 Over the weekend, highs will reach the middle 30s Saturday, then near 30 degrees Sunday afternoon. Temperatures will become even colder Monday and Tuesday with highs in the upper 20s. 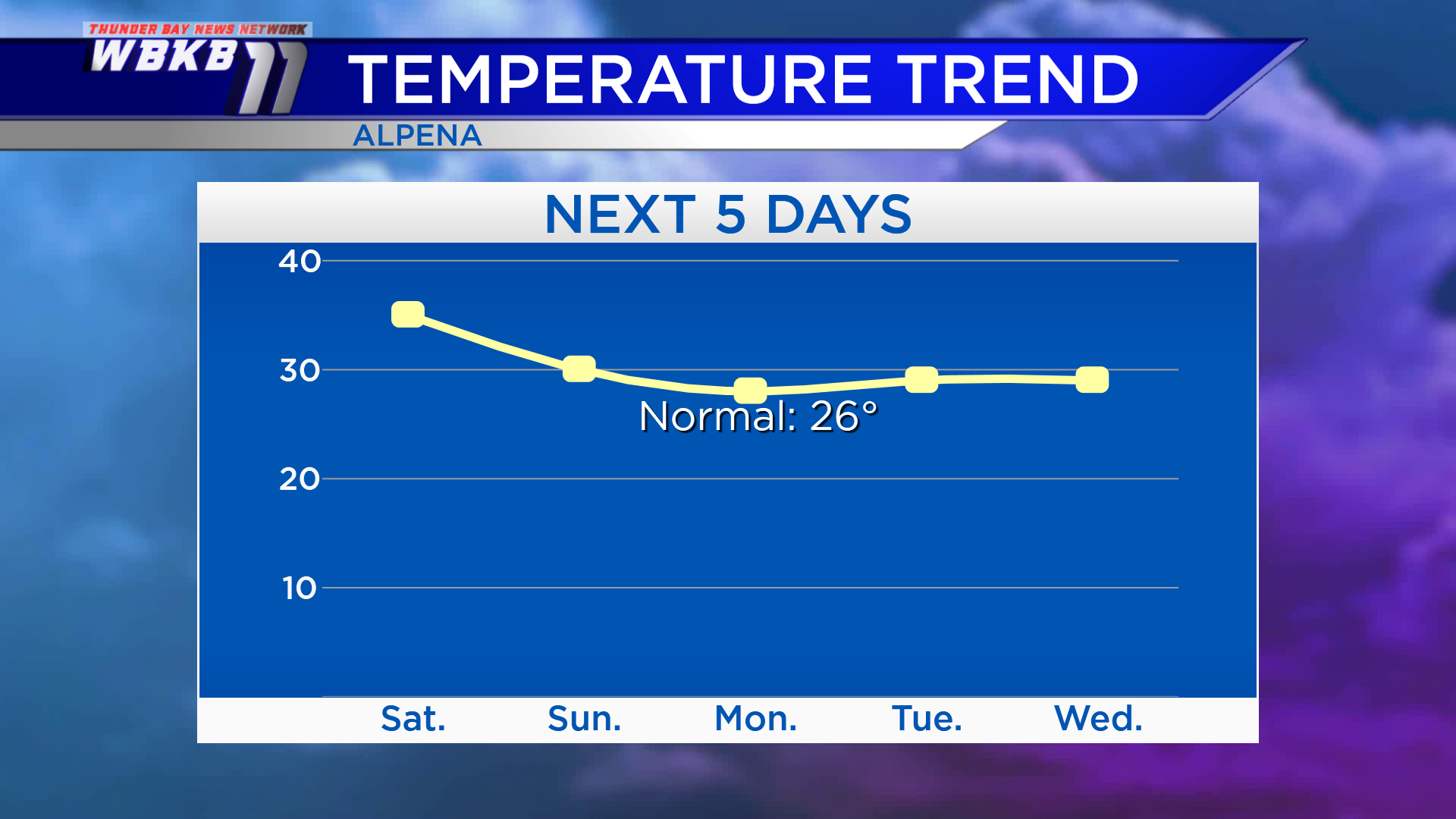 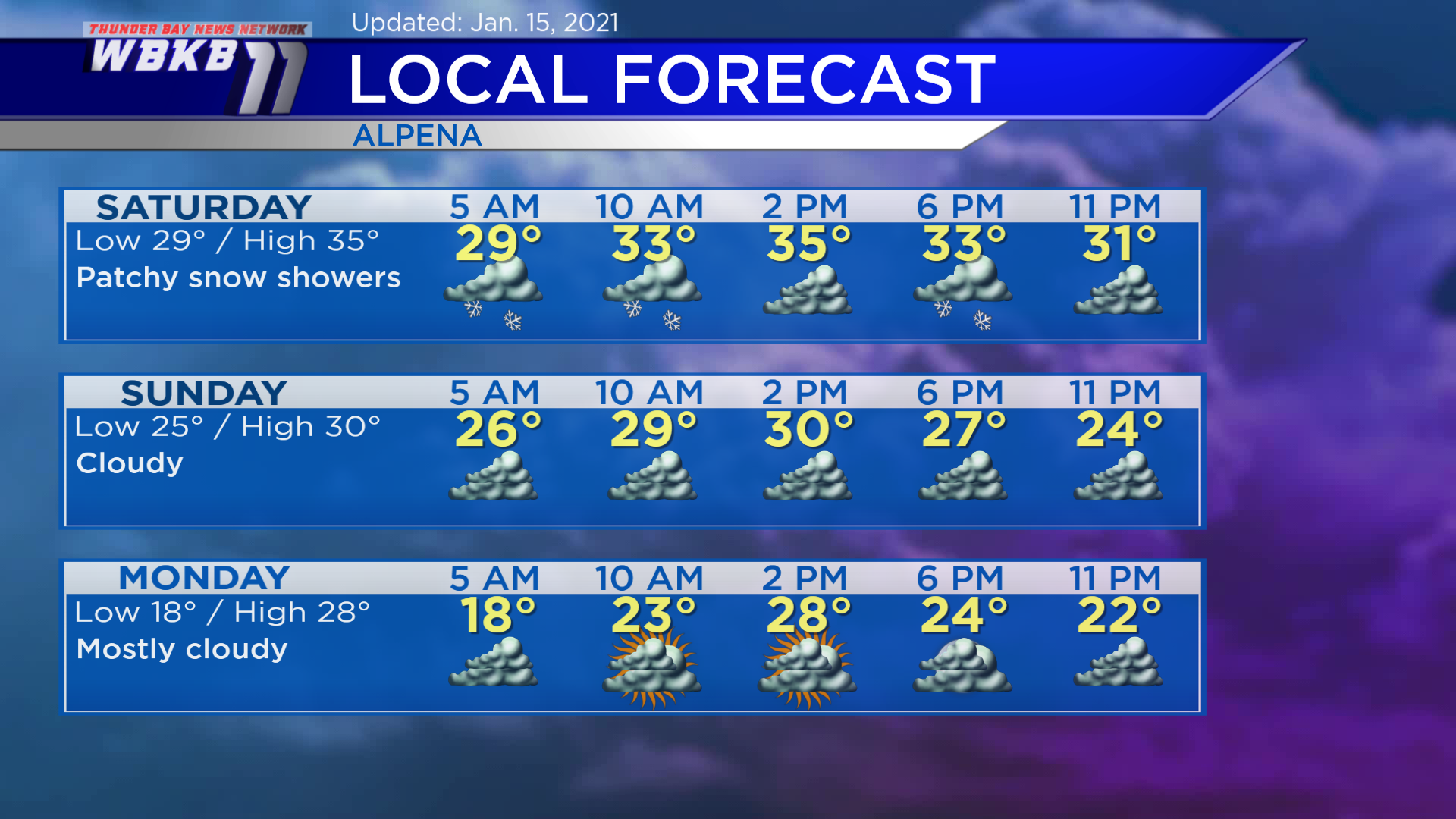