Mostly clear skies will remain overhead tonight. A disturbance currently over Minnesota will be heading into Northern Michigan Thursday. This will bring a chance of scattered showers in the morning and afternoon. Dry weather will return late Thursday, lasting through Friday.

Highs will be near 70 degrees Thursday. Periods of sunshine combined with winds out of the south will bring warmer temperatures Friday, reaching the upper 70s. Highs Saturday will be in the middle 70s. The first of two cold fronts will move through Northern Michigan late Saturday/early Sunday. The colder air will lag behind, arriving Monday with highs in the middle 60s. A second cold front will move through early Tuesday, bringing in another blast of colder air. 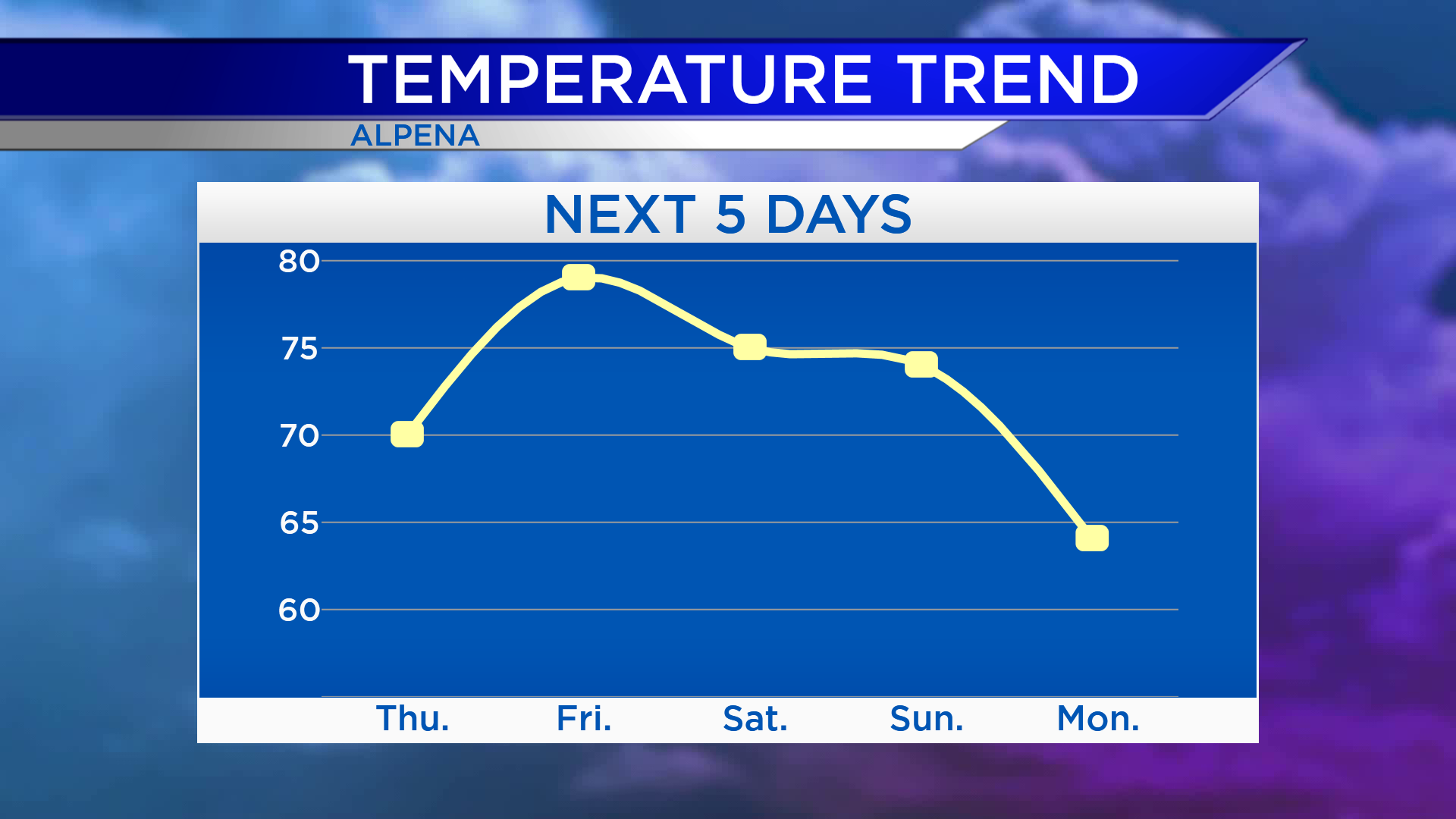 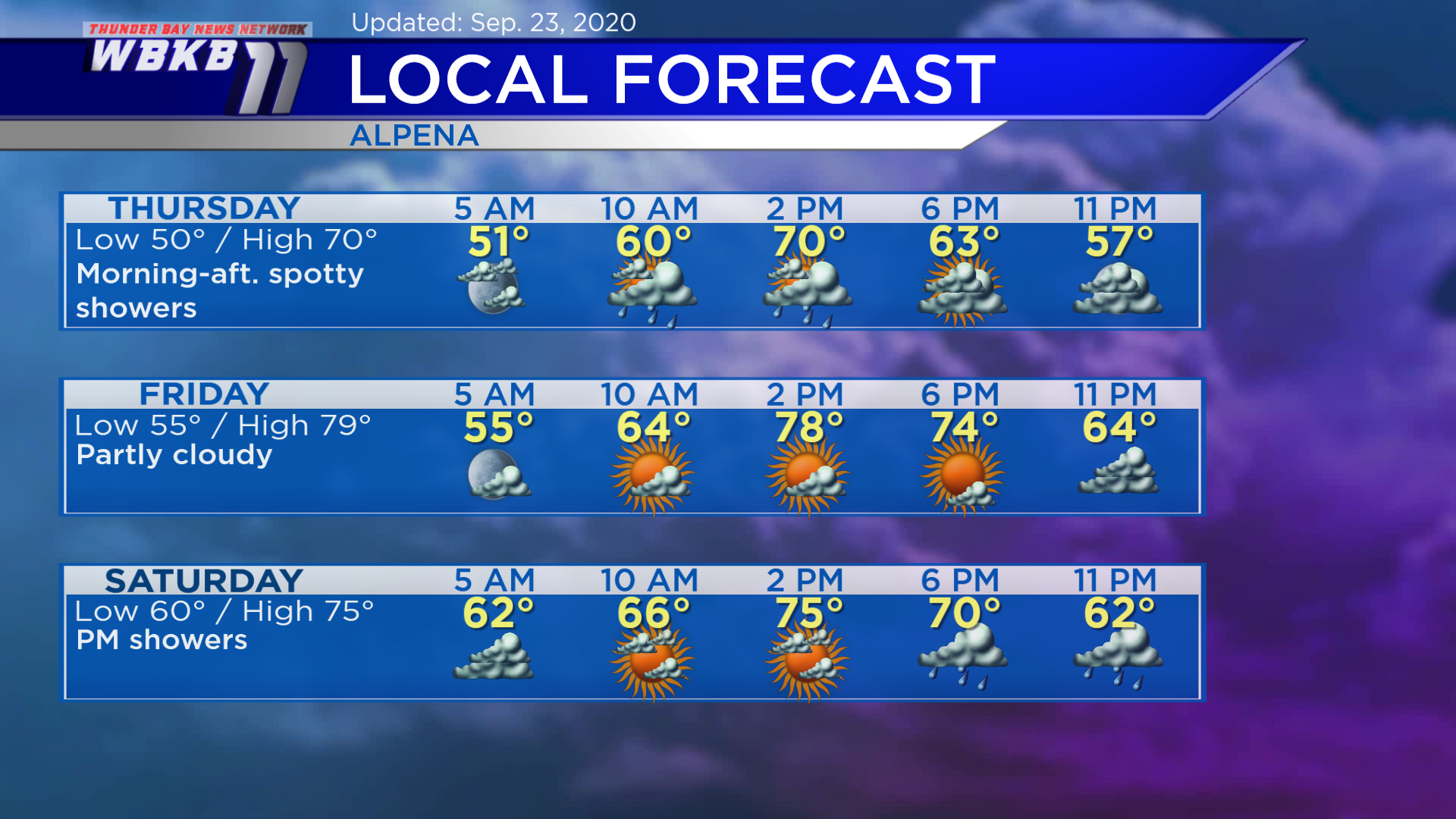 Back into the freezer this weekend