A large storm system affecting much of the eastern U.S. is grazing our area. Northeast Michigan is on the far northern edge and some spots have received light snowfall, mostly south of Alpena. Tomorrow, winds out of the north could generate lake effect flurries off of Lake Huron. 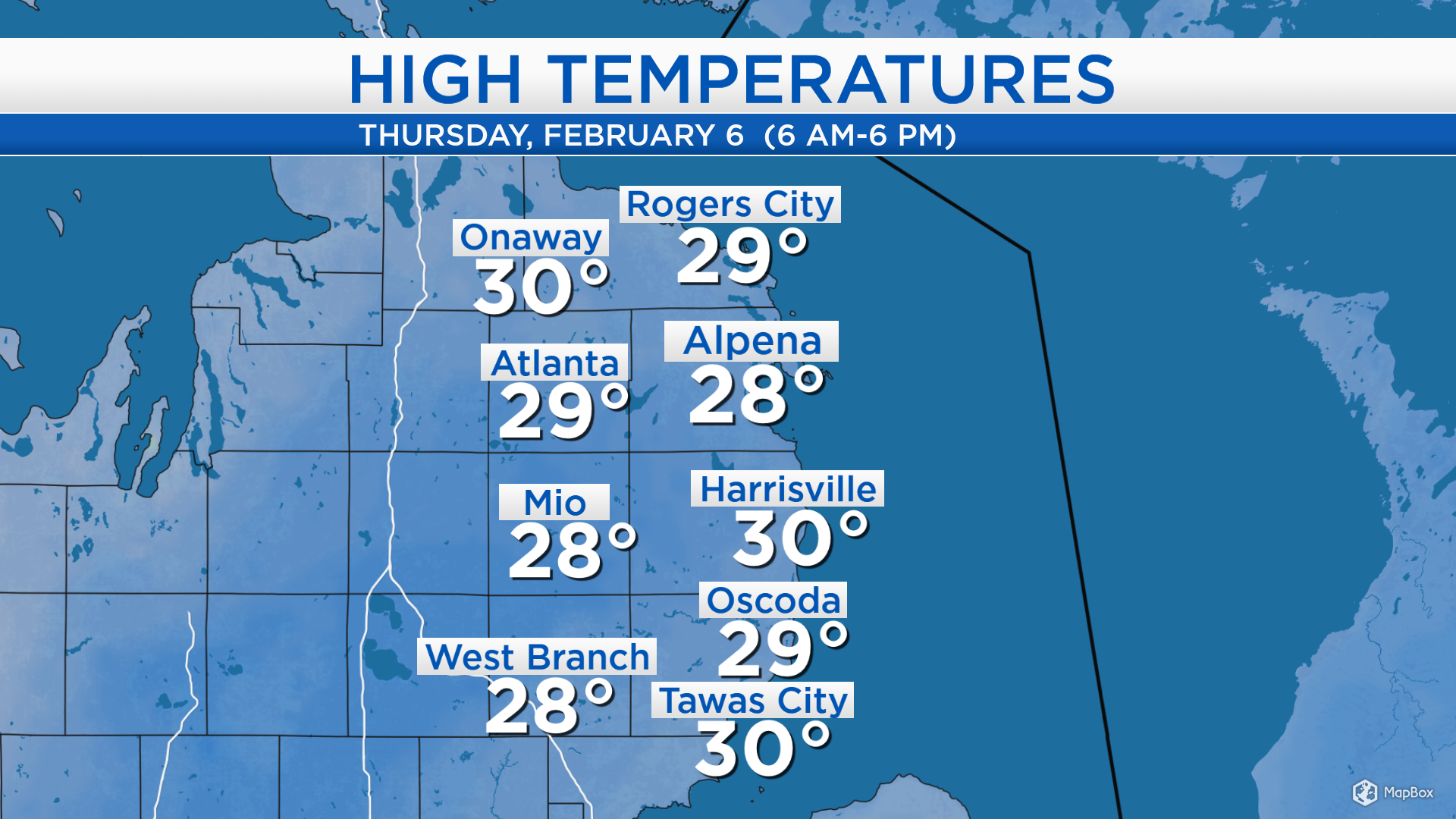 Overnight lows will be in the upper teens. Highs tomorrow will be near 20 degrees in the morning, then temperatures will begin to drop off in the afternoon. A few light flurries are possible mostly in the morning and afternoon. 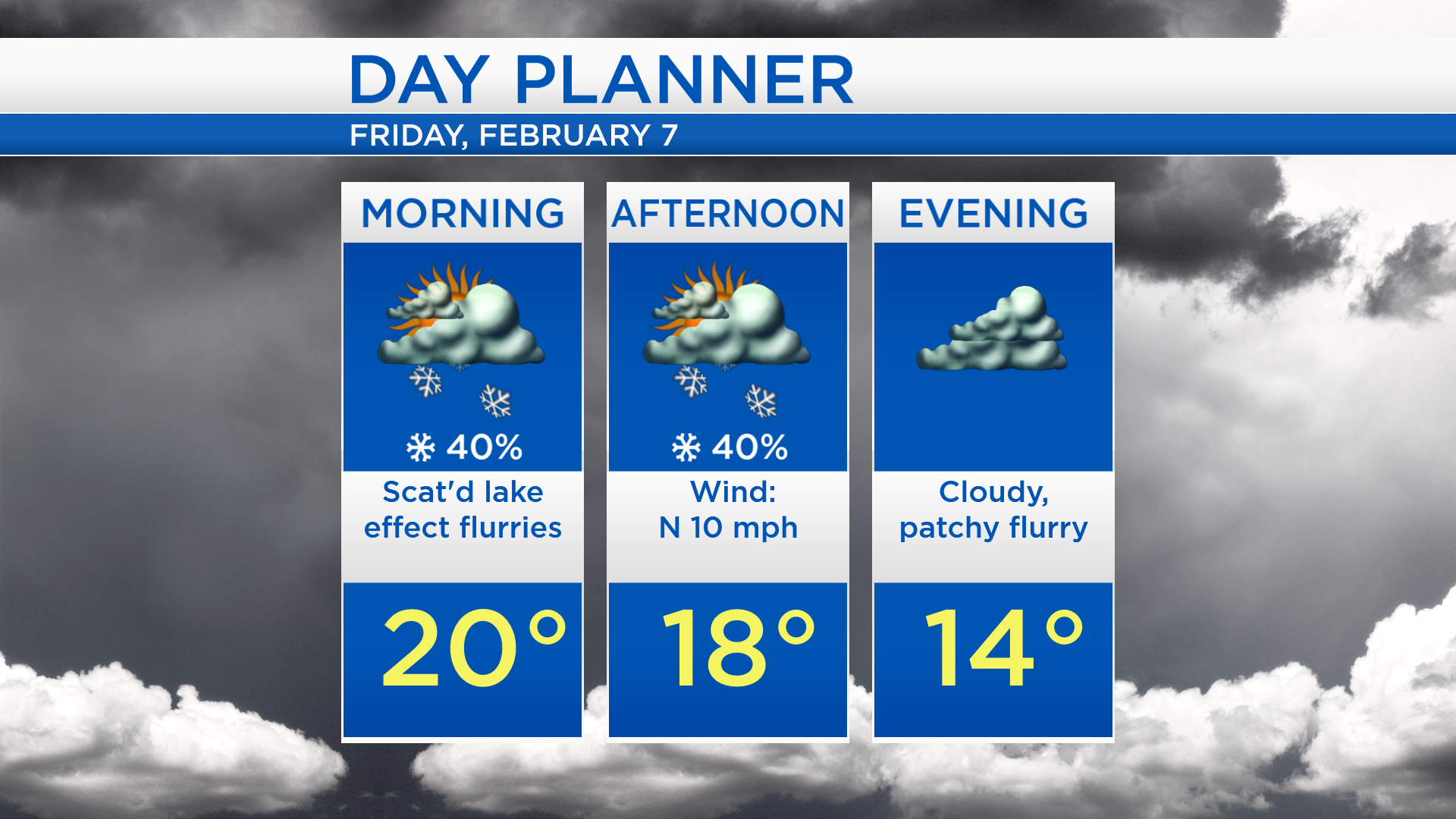 Northeast Michigan will have a medium chance of flurries on Friday. Dry weather will move in Friday night through Saturday. The next storm system coming in from the west will bring a high chance of widespread snow late-day Sunday. 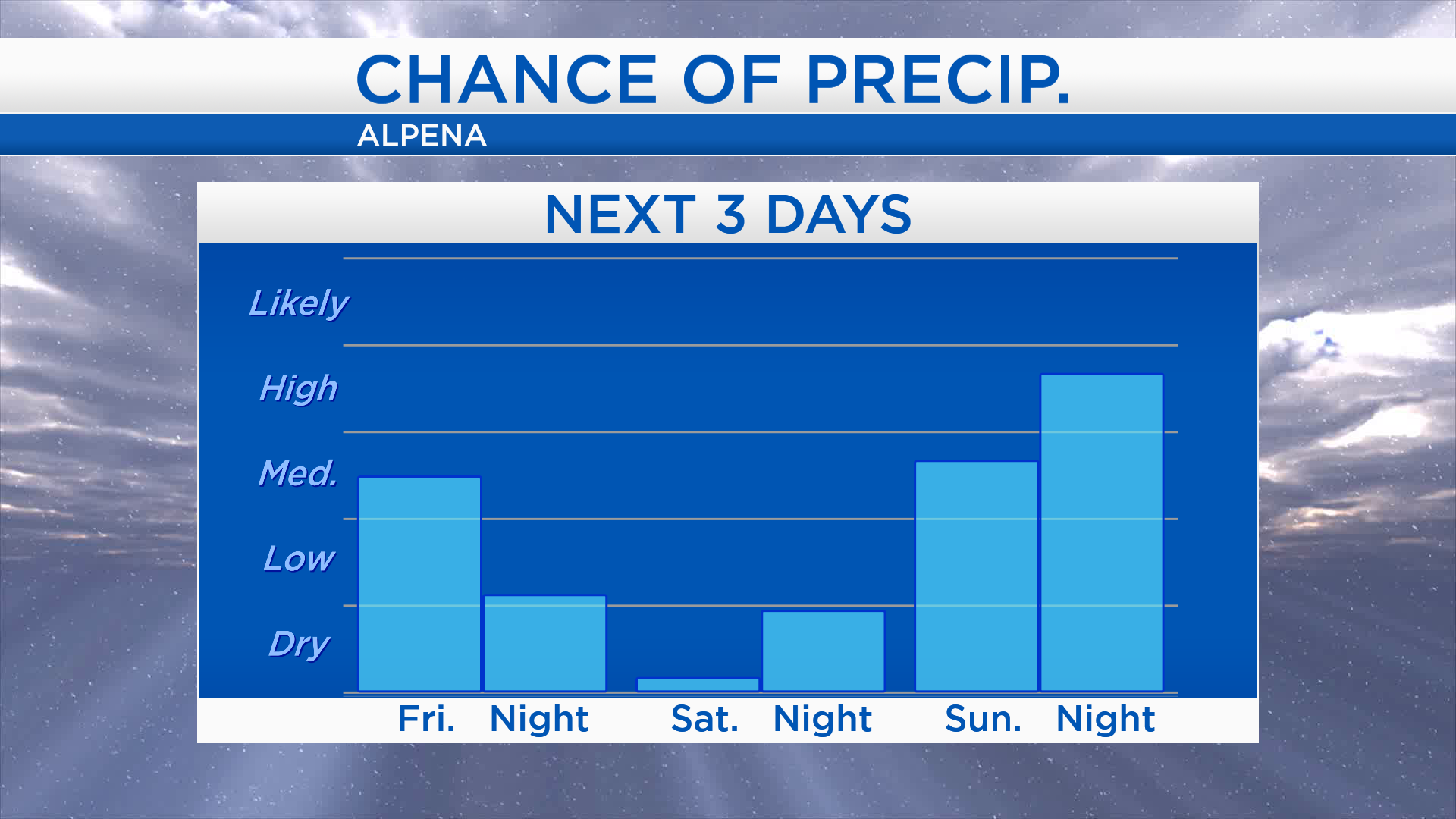 Friday’s high temperatures will be near 20 degrees early in the day. Lows will drop to about 0 degrees early Saturday. The weekend will start with partly cloudy skies and highs near 19 degrees Saturday afternoon. Temperatures will become warmer on Sunday, highs will reach about 33 degrees. Snow is expected Sunday afternoon through nighttime. For the rest of Northeast Michigan’s weather forecast, watch the latest weather video by clicking the weather tab at the top of the page. 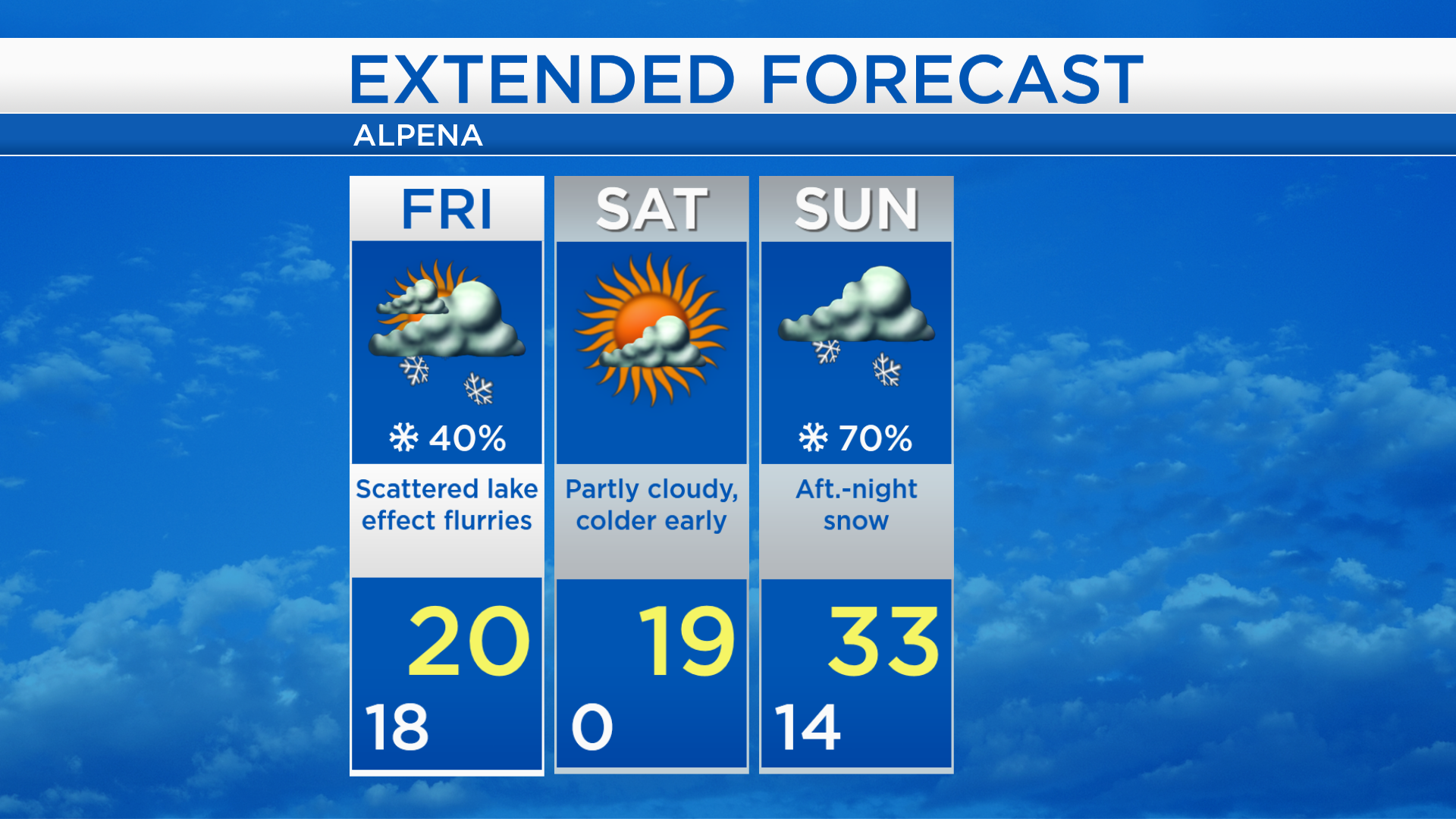 Land up for grabs in online land auction