ALPENA, Mich. — Wildcat Stadium will look a lot different this fall thanks to donations to the Alpena athletic program. The biggest change will be the upgrade for a turf field, but what will not be seen are the new sewage pipes and where they have been placed.

Excavation started on Monday for what will now be called Park Family Field at Wildcat Stadium. Alpena Superintendent Dr. John VanWagoner said the pipes have been relocated so that they will not be under the field. The sewage pipes previous location was buried below the away football teams bench.

Other funds had been raised to change out the game day lights, and Alpena hopes to raise enough money to purchase new record boards, football goal posts and soccer goals. Alpena Athletic Director Tim Storch said the additions to the field, along with the beautiful scoreboard, are going to be a great place to face other Big North Conference rivals.

“We had three companies that we seriously considered, and we went with AstroTurf. That was the biggest bang for the buck,” said Storch. “We will be able to do not just the field, but beyond the end-zones. Our stadium with the new lights and the turf field will be the envy of everybody in Northern Michigan.” 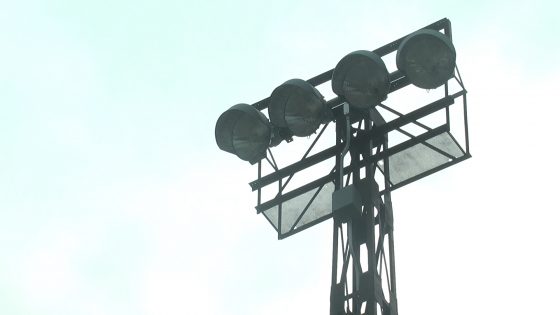 AstroTurf installation will begin the first week of August, and should be ready for the first Alpena football home game on Friday, September 6 at 7 p.m. against Sault Ste. Marie.