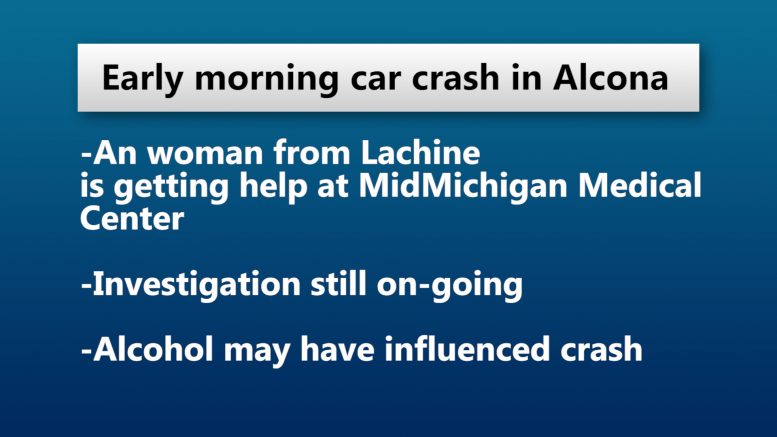 ALPENA, Mich. — A 42–year–old woman from Lachine is being treated at a hospital after crashing her car in Caledonia Township.

The Alcona County Sheriff’s says the crash happened around 5 in the morning today. Deputies reached the unnamed woman in a wooded area off mount maria road after a 6 hour hunt for car.

Police and surrounding help removed a number of trees that broke through the windshield, which trapped the woman in her car. The sheriff’s office says alcohol may have played a role in the crash.