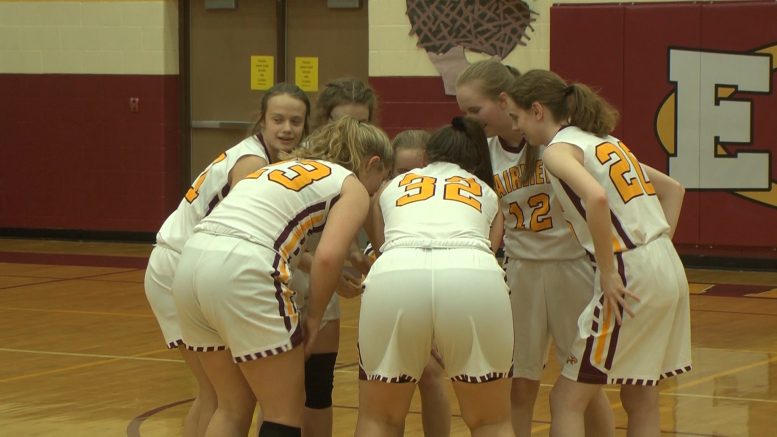 FAIRVIEW, Mich. — Katelyn Bowers’ 19 points helped the Fairview Eagles girls basketball team capture their third straight win. The Eagles improve to 4-4 on the season with a 41-39 victory over Mio. Fairview got off to a fast start from the opening tip and never looked back.

At the half, Fairview was leading 20-11, but the Thunderbolts wouldn’t go away in the second half. Mio was playing with a lot more confidence then they did in the first half. They were only down 33-26 heading into the fourth quarter.

However, it was too little too late as the Thunderbolts have now dropped their fourth straight game. Phynix Rickett led the Thunderbolts in the scoring department with 16 points. Trista Bombe added nine and Sierra Lunning finished with six.