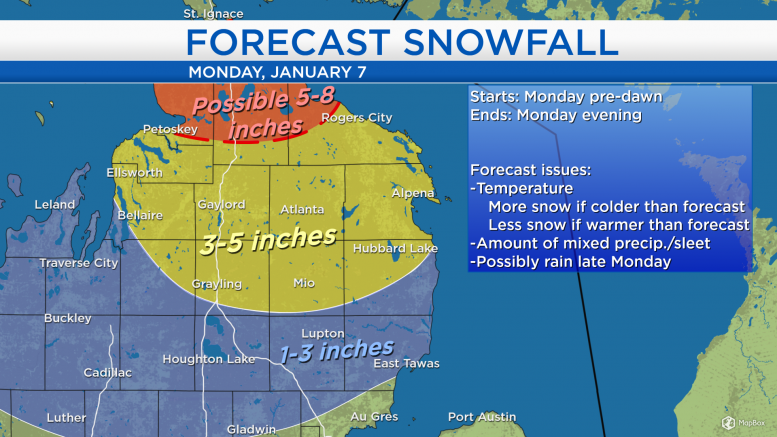 High temperatures today reached the lower 40s across most of Northeast Michigan as mostly sunny skies developed midday with a light breeze out of the west about 5-10 mph. The warm temperatures will continue tomorrow, as afternoon temperatures get close to 40 degrees. 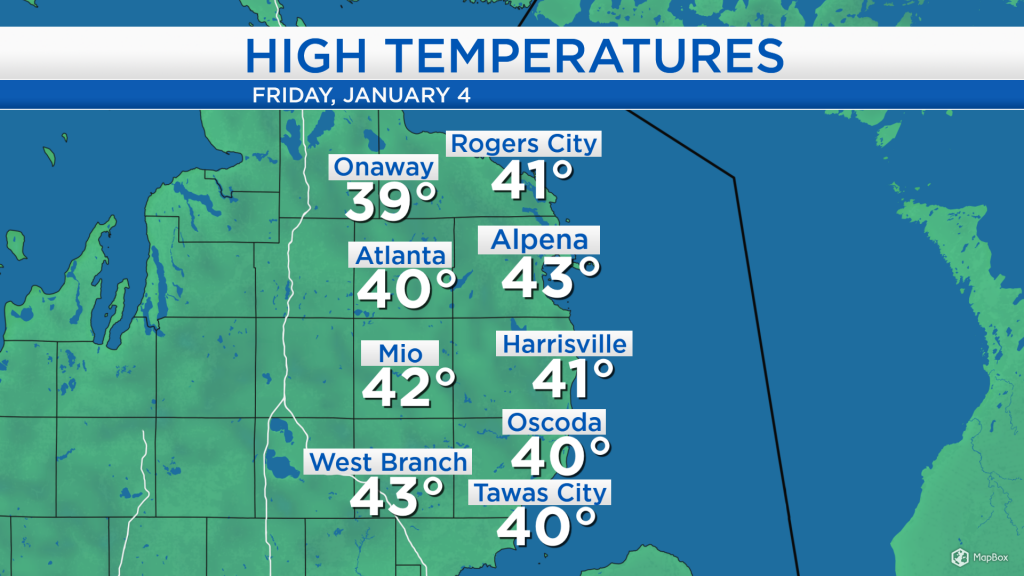 The radar/satellite picture is looking very dry — looking to the west, there is no precipitation to be seen in the Midwest region. A mix of sun and clouds is expected tomorrow, then cloud cover will increase on Sunday. A storm system centered over Kentucky will bring rain to the Northeast, but it will not affect Michigan this weekend. The next storm system that will affect Michigan on Monday is currently just coming ashore the Pacific Coast.

Areas of fog or freezing fog are possible tonight with low temperatures dropping to the lower 20s by daybreak tomorrow, then rising to the upper 20s throughout the morning. Fog will dissipate in the morning, giving way to partly cloudy skies in the afternoon as highs warm to about 40 degrees. 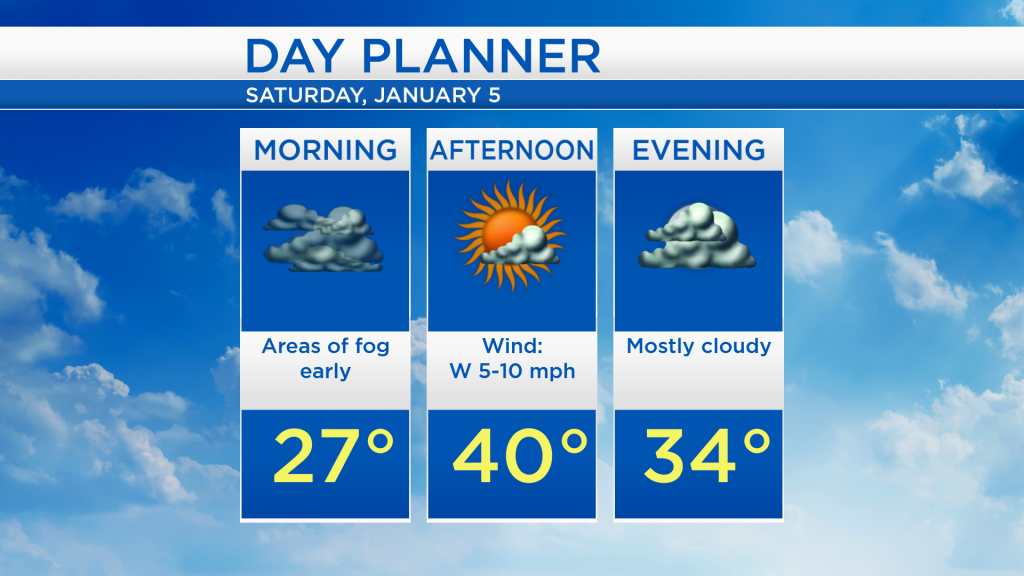 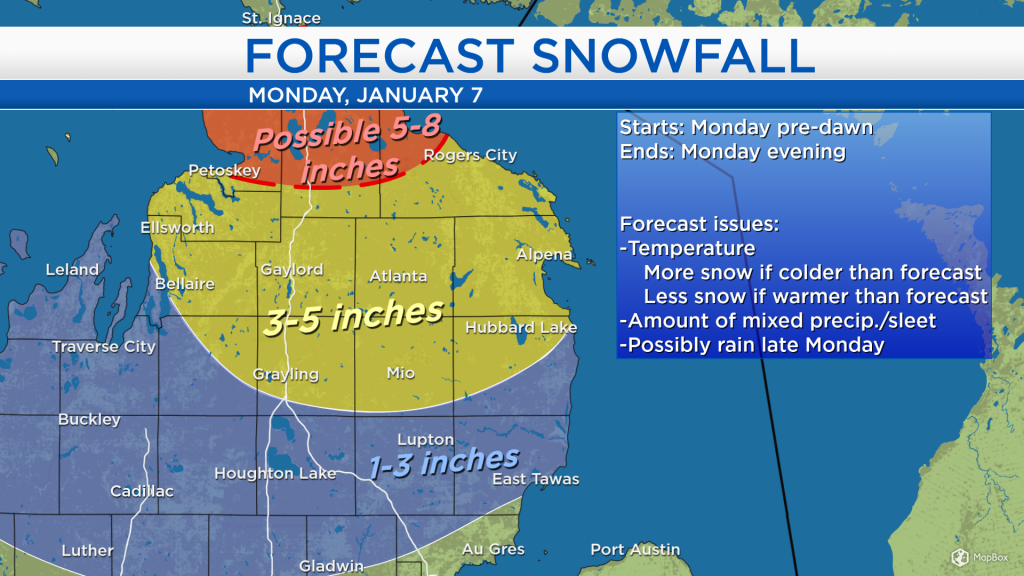 For tomorrow, be aware of the risk of fog early, then more sunshine is expected to break through in the afternoon with warm temperatures to start the weekend. Cooler air will move in Sunday as winds shift out of the north, keeping high temperatures close to 30 degrees. Snow is likely on Monday with highs reaching the middle 30s, although the warmest part of Monday is likely to occur in the evening. A chance of snow showers remains in the forecast through Tuesday. For the rest of Northeast Michigan’s weather forecast, watch the latest weather video by clicking the weather tab at the top of the page. 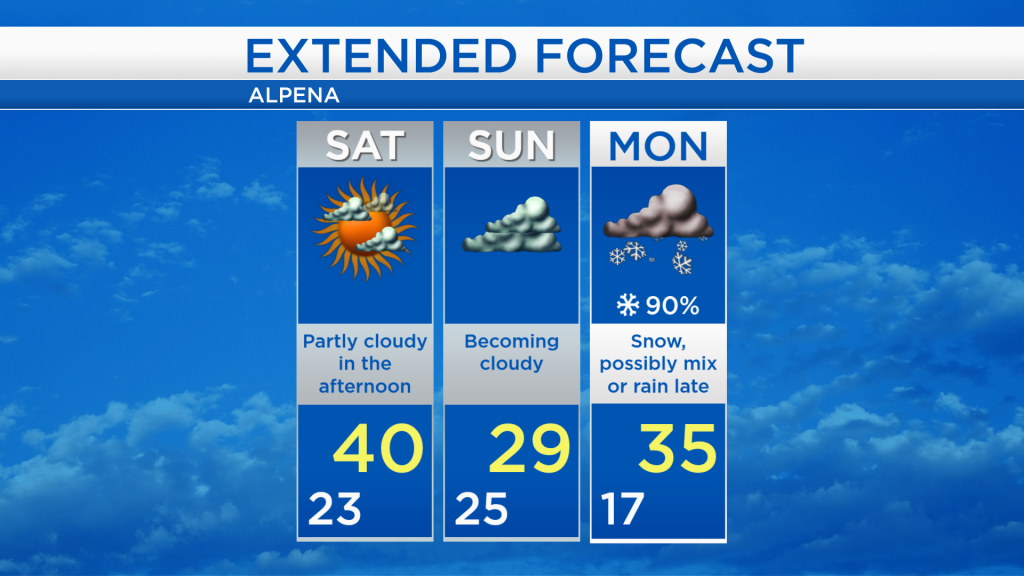