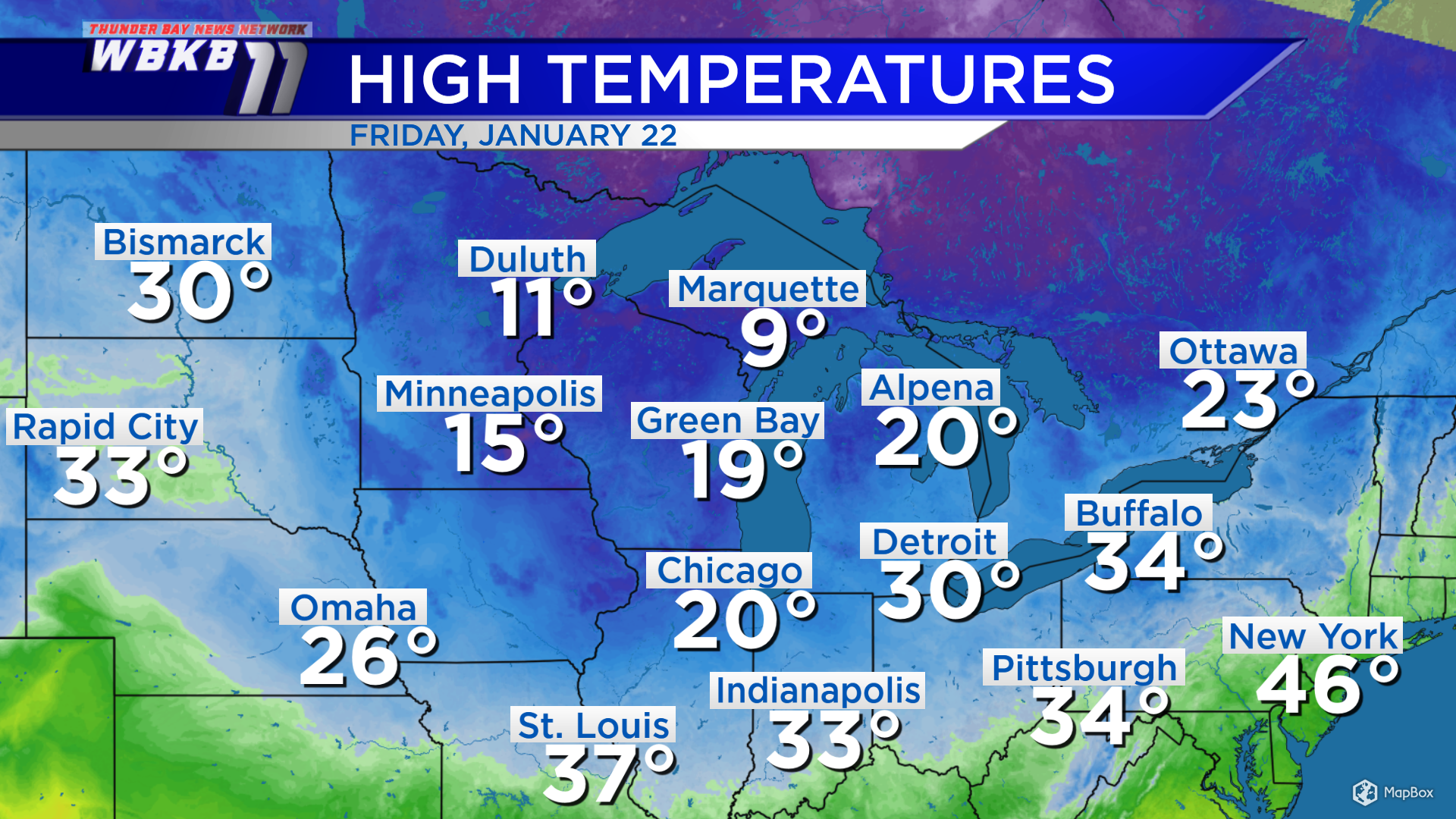 It will continue to feel substantially more chilly than the actual temperature overnight into early Saturday. Low temperatures overnight will be near 10 degrees or in the teens. But combined with a breeze from the northwest, that’s going to send wind chills into the single digits or close to 0. 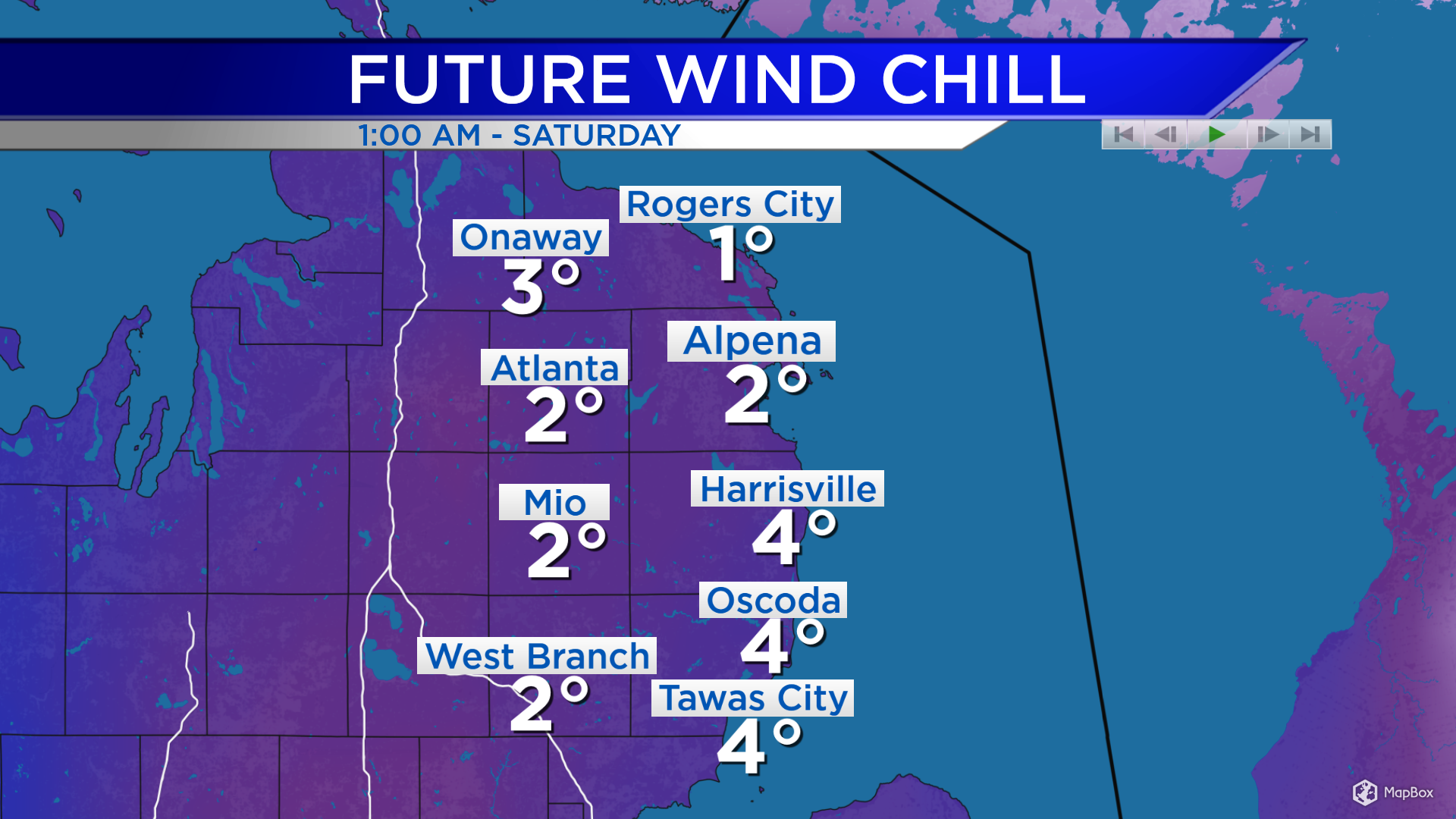 Saturday is looking dry with a mix of sun and clouds. The next storm system moving in from the west looks fairly unimpressive, but it will be enough to provide light snow across Northern Michigan Sunday morning-afternoon. Amounts are looking light, less than 2 inches. 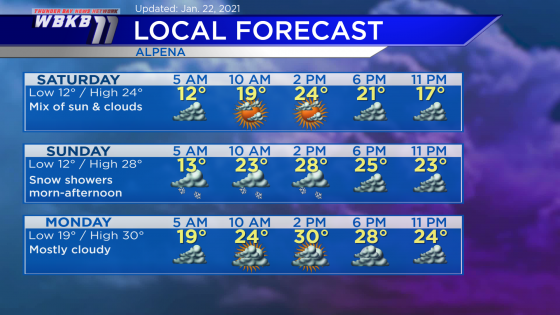