High temperatures today reached 70 degrees in Alpena, 74 degrees in Detroit, but only 63 degrees in Marquette. Temperatures will be around the lower 70s for afternoon highs over the weekend, then colder air from the north will move in after Labor Day. 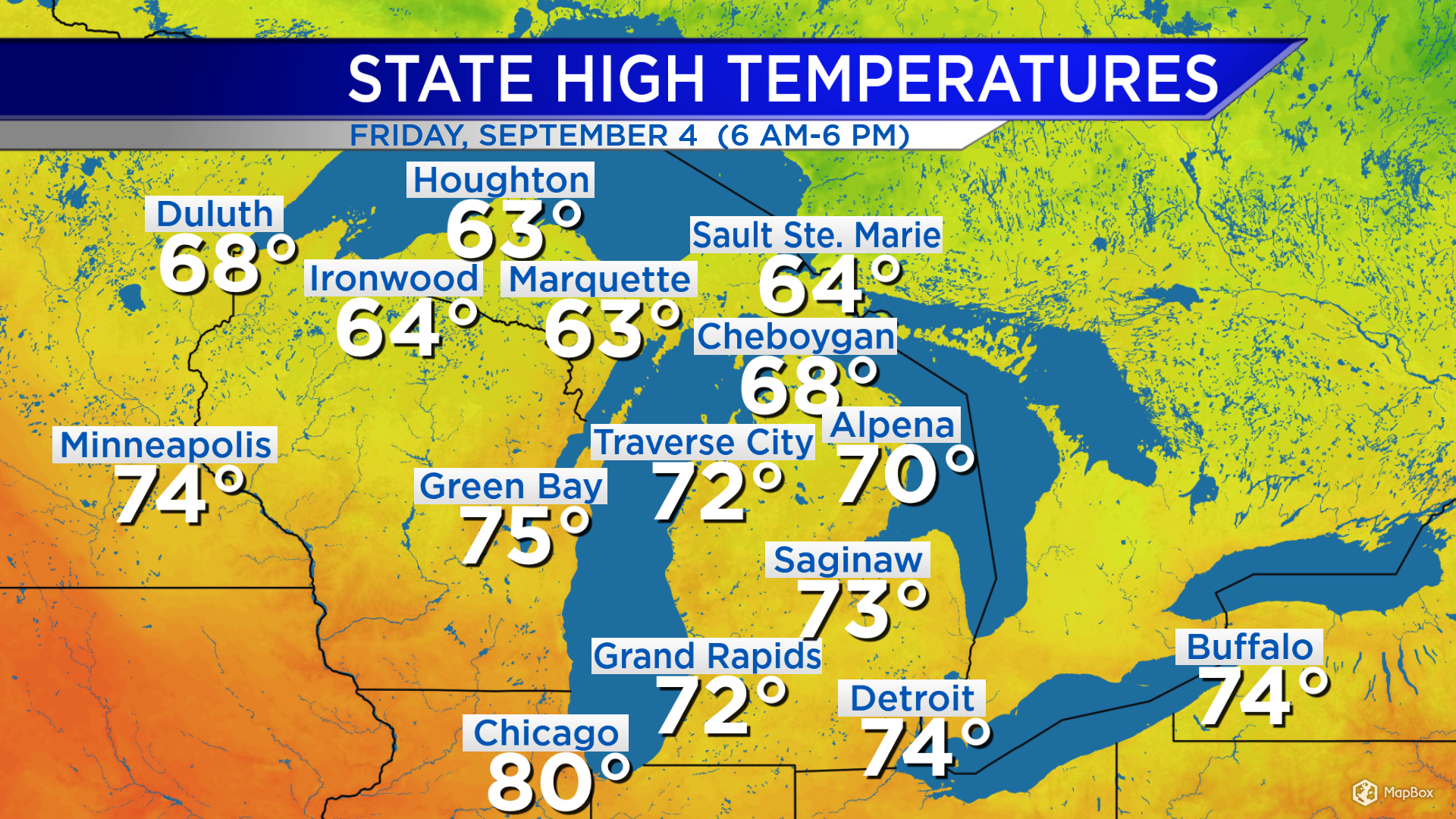 Saturday, highs will be near 72 degrees and highs will remain in the lower 70s Sunday. Monday will be a transition day with highs still close to 70 degrees. After that, damp conditions and winds from the north will result in notably colder temperatures. Highs will be only in the middle 60s Tuesday and lower 60s Wednesday. 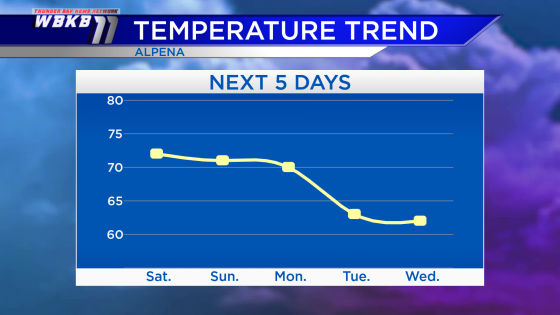 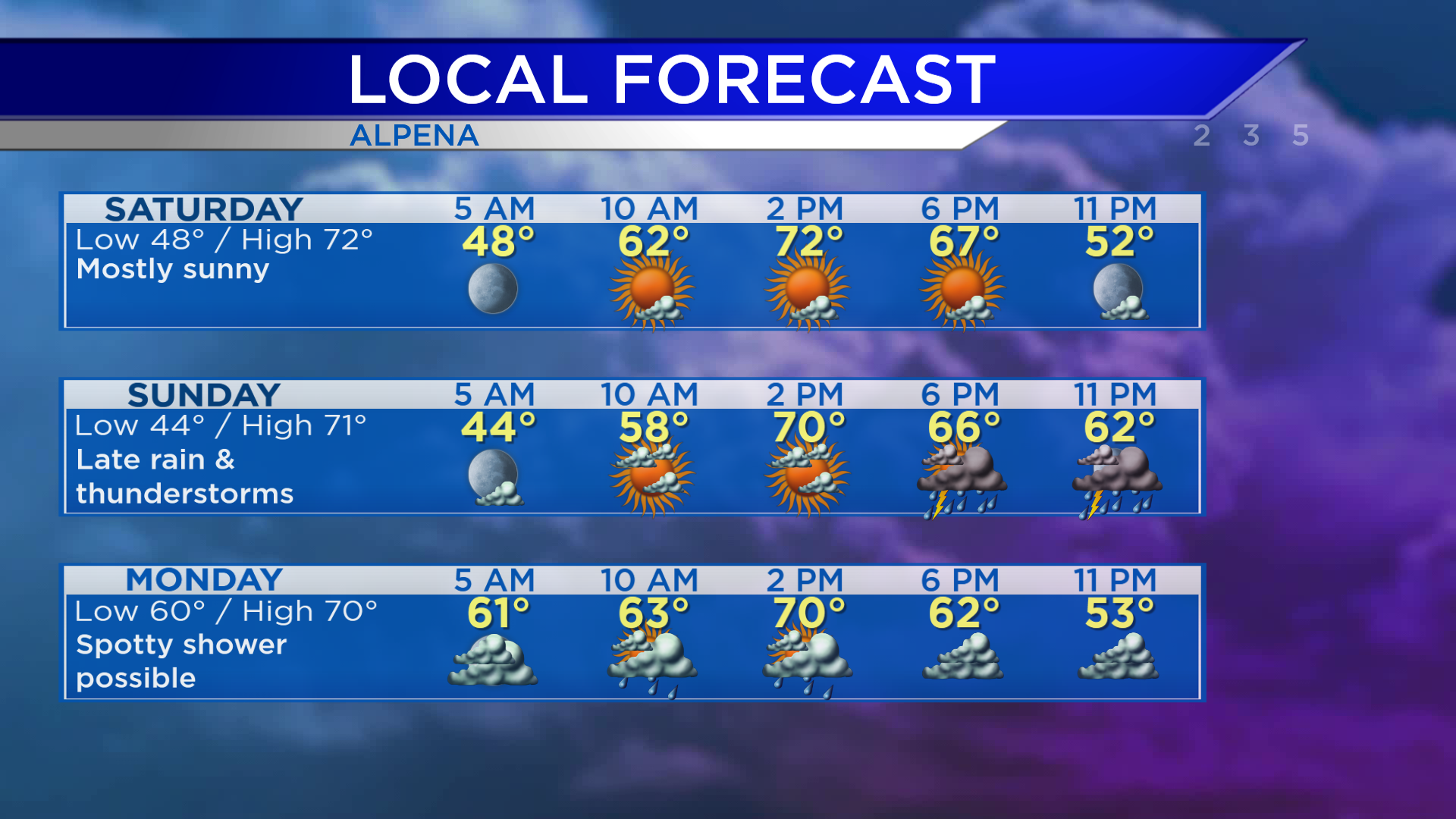 Residents are encouraged to complete survey