Some tranquil December weather has settled into Northeast Michigan. High temperatures Monday reached 35 degrees in Alpena, 34 degrees in Cheboygan, Michigan and 36 degrees in Saginaw, Michigan. All those values are typical for early-December. Winds out of the southwest will bring warmer temperatures Tuesday and the warming trend will continue Wednesday. 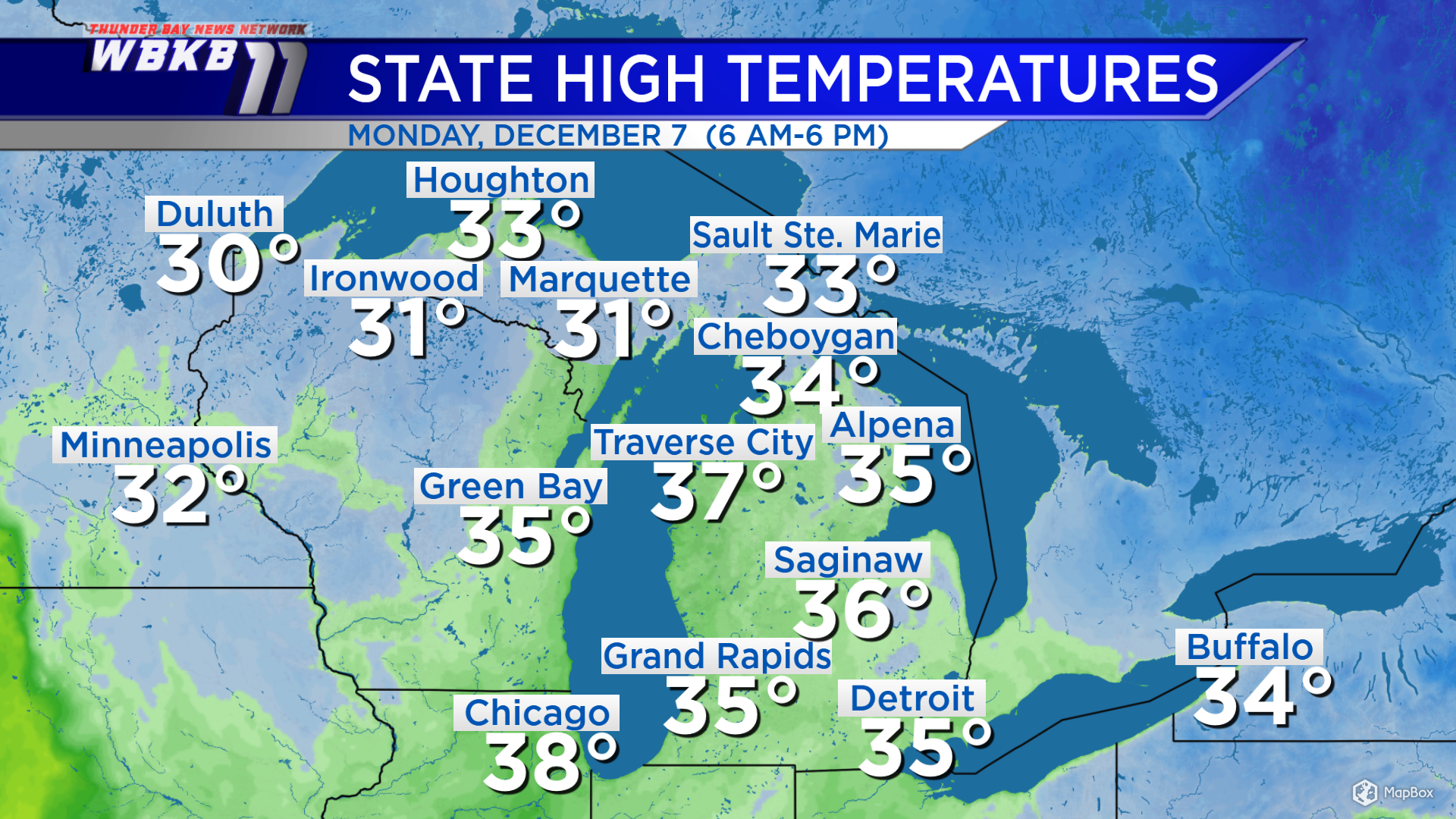 High temperatures Tuesday will reach close to 38 degrees. The warmth will last through midweek with highs near 43 degrees Wednesday and Thursday. Highs look to get up to the lower 40s Friday and Saturday, but the warmth late-week will depend on the track of an approaching storm system from the south. 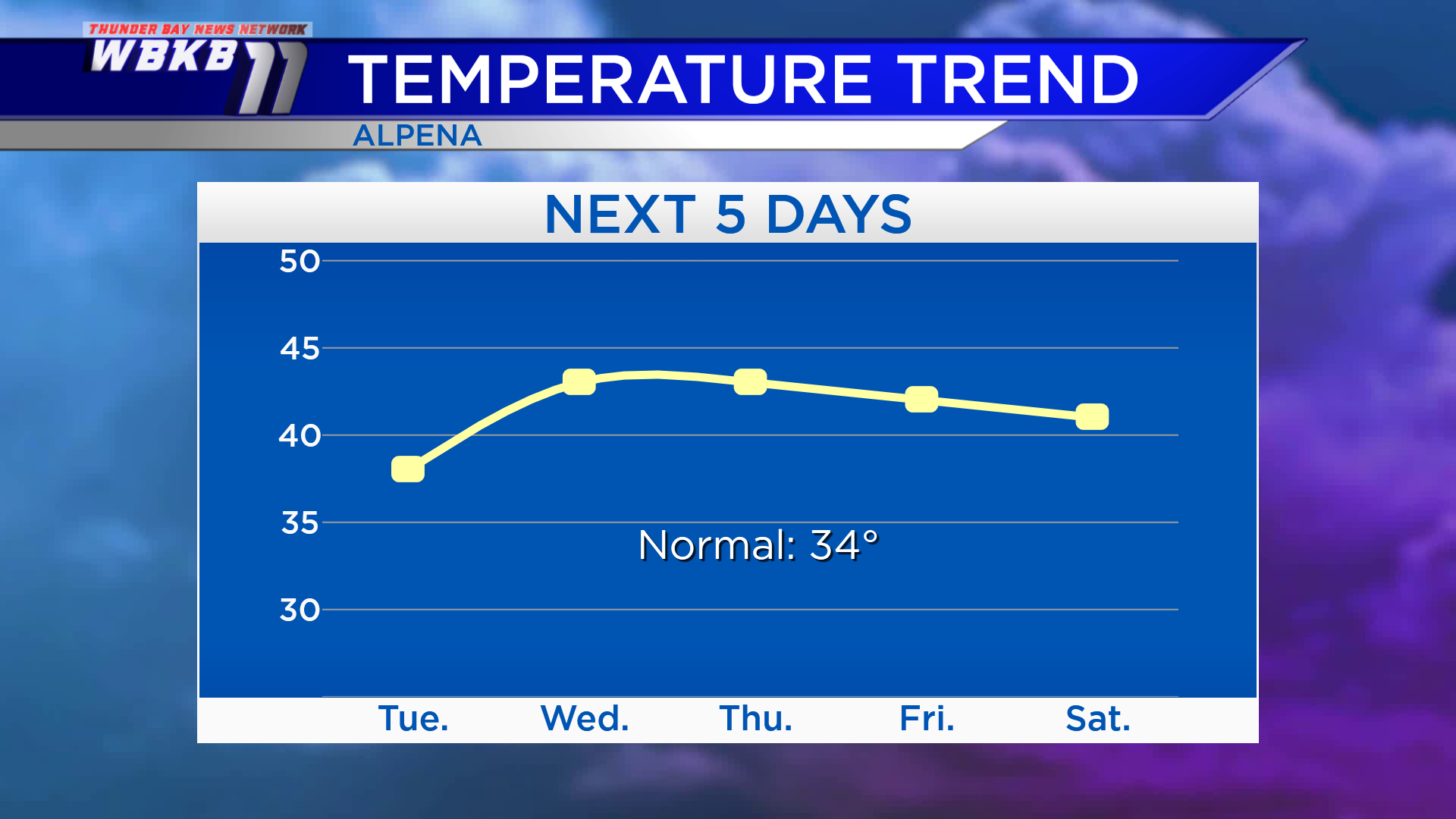 During the second of the week, a storm system will strengthen near the Texas panhandle on Thursday. It will move toward the northeast — but the track of the storm’s center could end up anywhere within the shaded region. Friday, the storm system could be located anywhere between the Nebraska-Iowa border and the Missouri-Illinois border. By Saturday, the possible scenarios for the center of the storm could end up anywhere between the western side of Lake Superior and the shoreline of Lake Erie. Exactly where this storm system tracks will determine the chances of rain and snow in Northeast Michigan for Friday and Saturday. 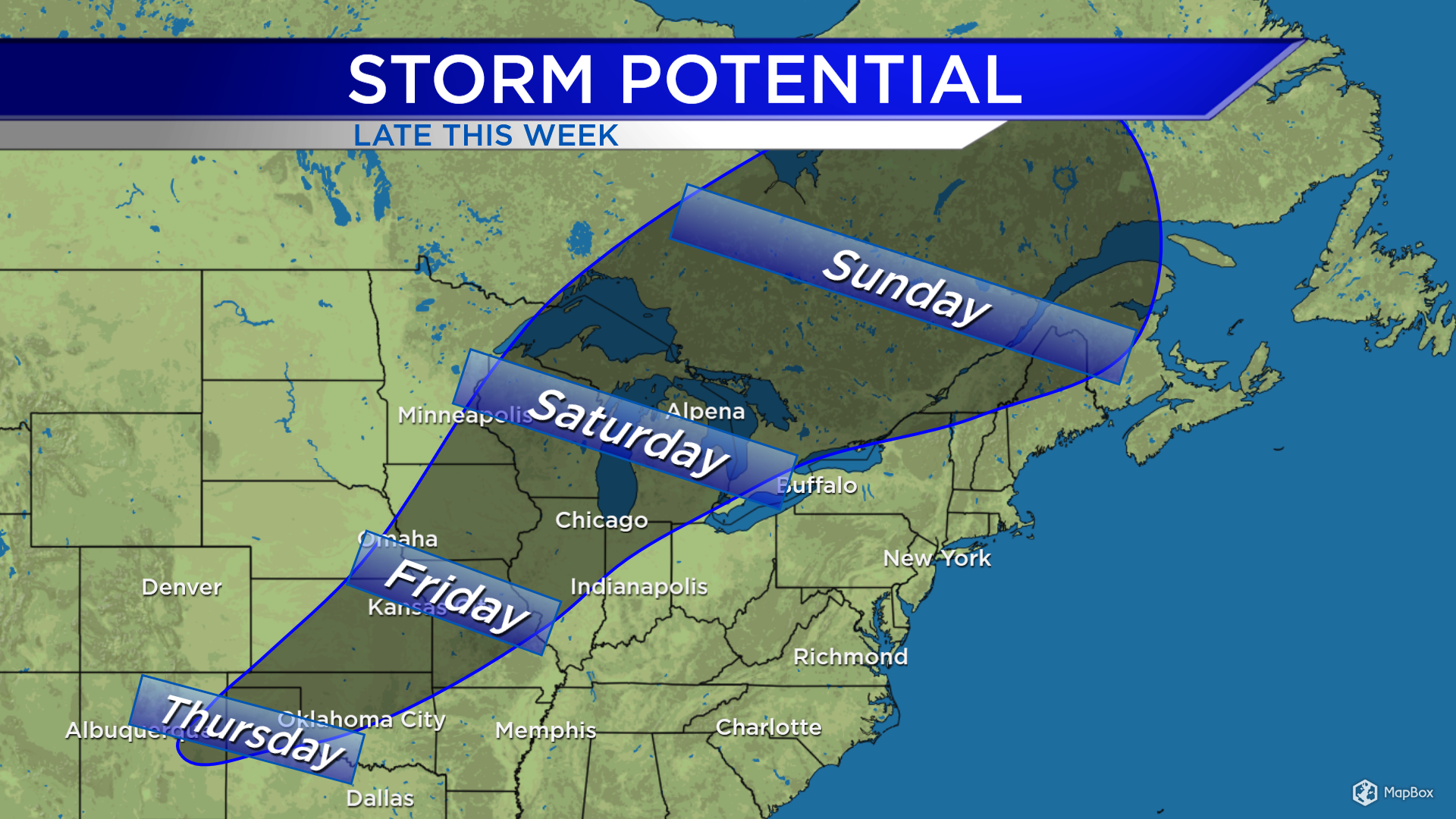