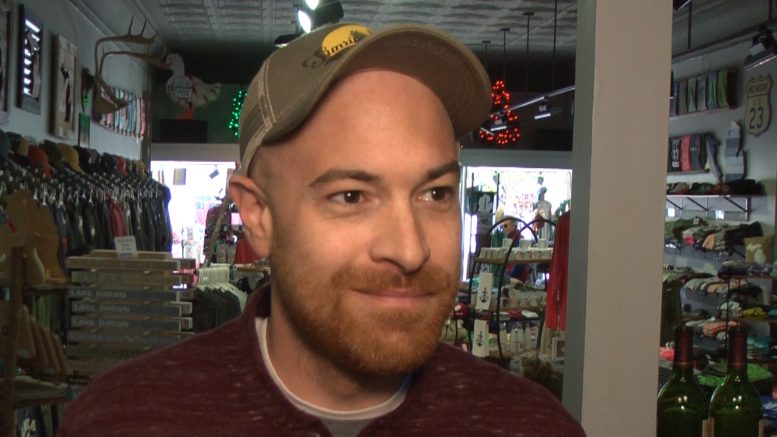 Alpena —  The Alpena Downtown Development Authority has a new member to their board after a rejection earlier in the month of September. Local business owner Griffin James will increase the board to 11 members. James who owns and operates The Local Basket Case with his wife Andrea hopes to bring a fresh perspective to the group.

“He has a great connection with our community, can really help spread the word, and get feedback so when the board is making decisions, I think he’ll take the time to do his research,” said DDA Director Anne Gentry.

James was initially rejected by a board vote in early September at a meeting. Six votes are needed for a new member to be approved. Only six members showed up to that meeting, so one no-vote kept James on the outside looking in. Last week, James tried again and was accepted after a 7-3 vote. There has already been some discussion of downsizing the rather large board which can fit 12.

James is ready to make an impact immediately and bring his feedback from locals, tourists, and others to meetings. He already has a few issues that he would like to address more in the future.

“Addressing a way that we can create more parking spaces downtown, a way for people to come down and be able to relax downtown instead of worrying about getting a ticket after a couple hours of being parked here,” said James.

To learn more about Griffin James and his business, visit the website https://the-local-basket-case-llc.myshopify.com/

Church Basement Ladies, A Second Helping Returns With A Twist!