A cold front has produced scattered thunderstorms over Northern Michigan. This cold front will bring cooler temperatures and also much lower humidity this weekend. Clearing skies currently over Wisconsin and Illinois will expand into Michigan, providing some afternoon sunshine on Saturday.

High temperatures today reached 85 degrees in Alpena. Highs only got to 76 degrees in Marquette, a sign of cooler changes on the way this weekend. Winds will come from the northwest on Saturday and from the north on Sunday which will help bring cooler temperatures into Northeast Michigan. 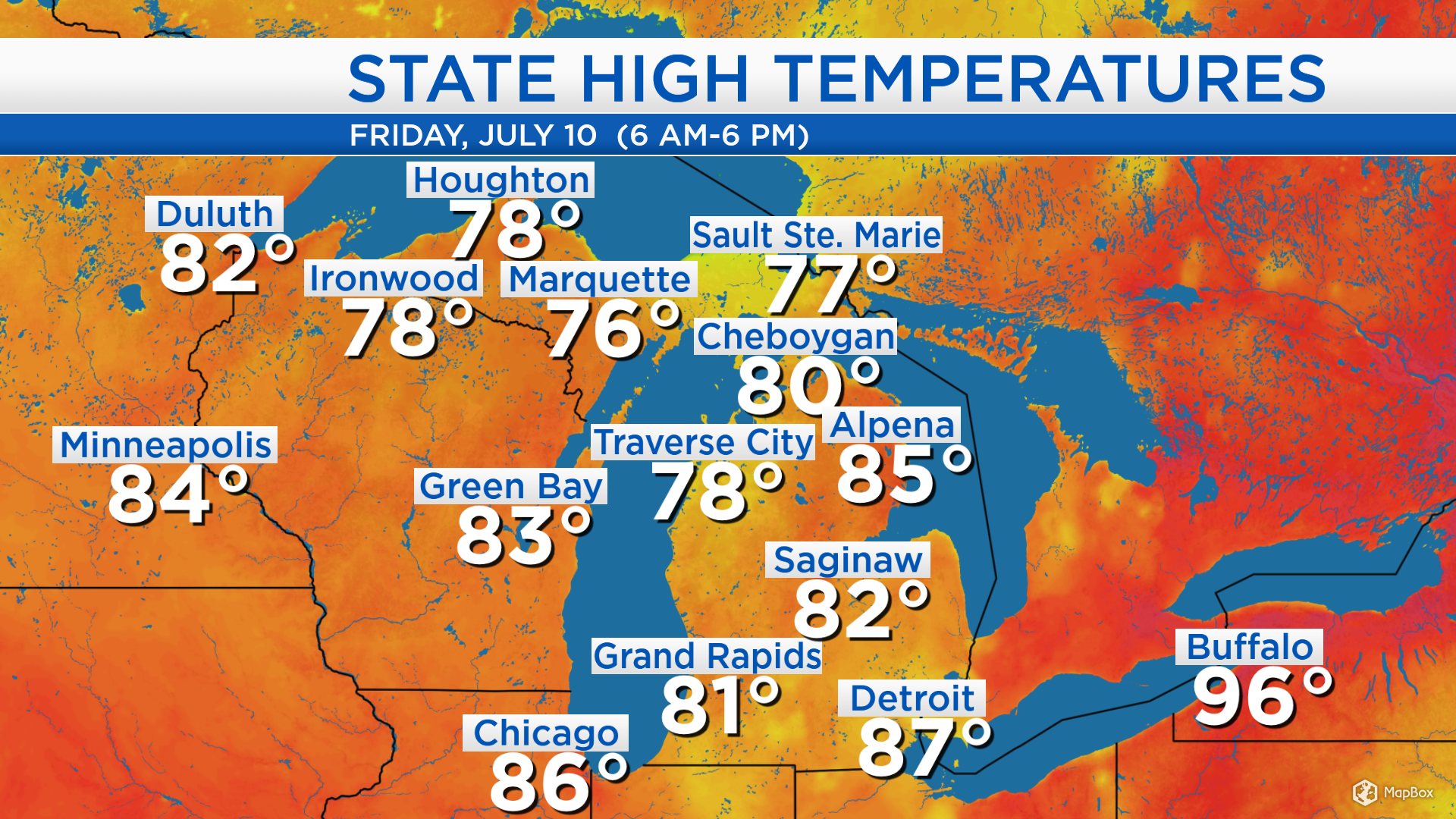 In other weather news, Tropical Storm Fay formed yesterday off the coast of Virginia. It will track north, through Vermont on Saturday, and then cross the Canadian border. 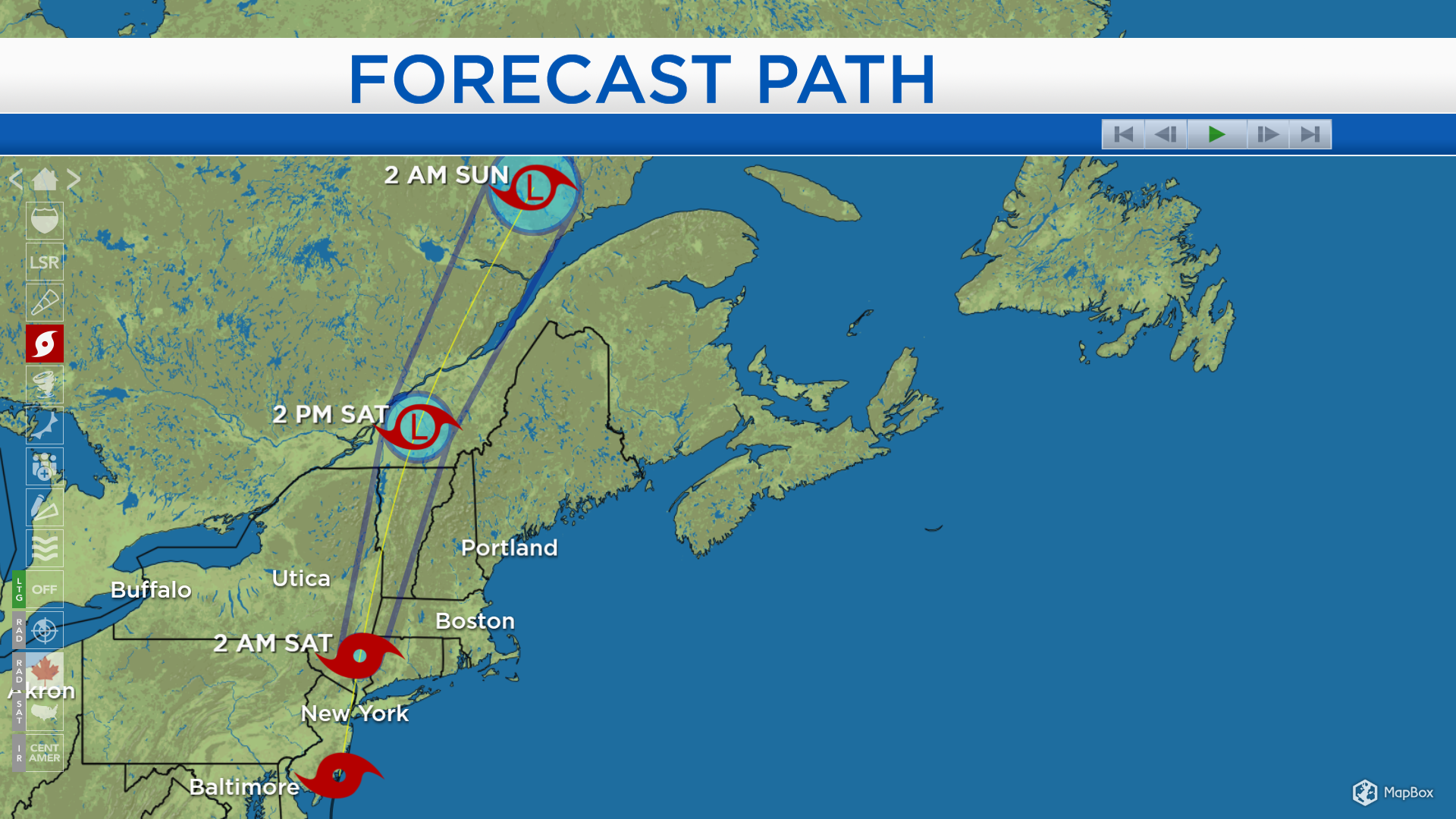 Flooding has been a major issue in the New York City and Philadelphia areas. Tropical Storm Warnings have been in effect Friday evening for coastal New Jersey, New York City, Long Island and coastal Connecticut. Surrounding that, Flash Flood Watches have been posted for New Jersey, parts of Upstate New York, eastern Pennsylvania, also reaching into Connecticut and western Massachusetts. 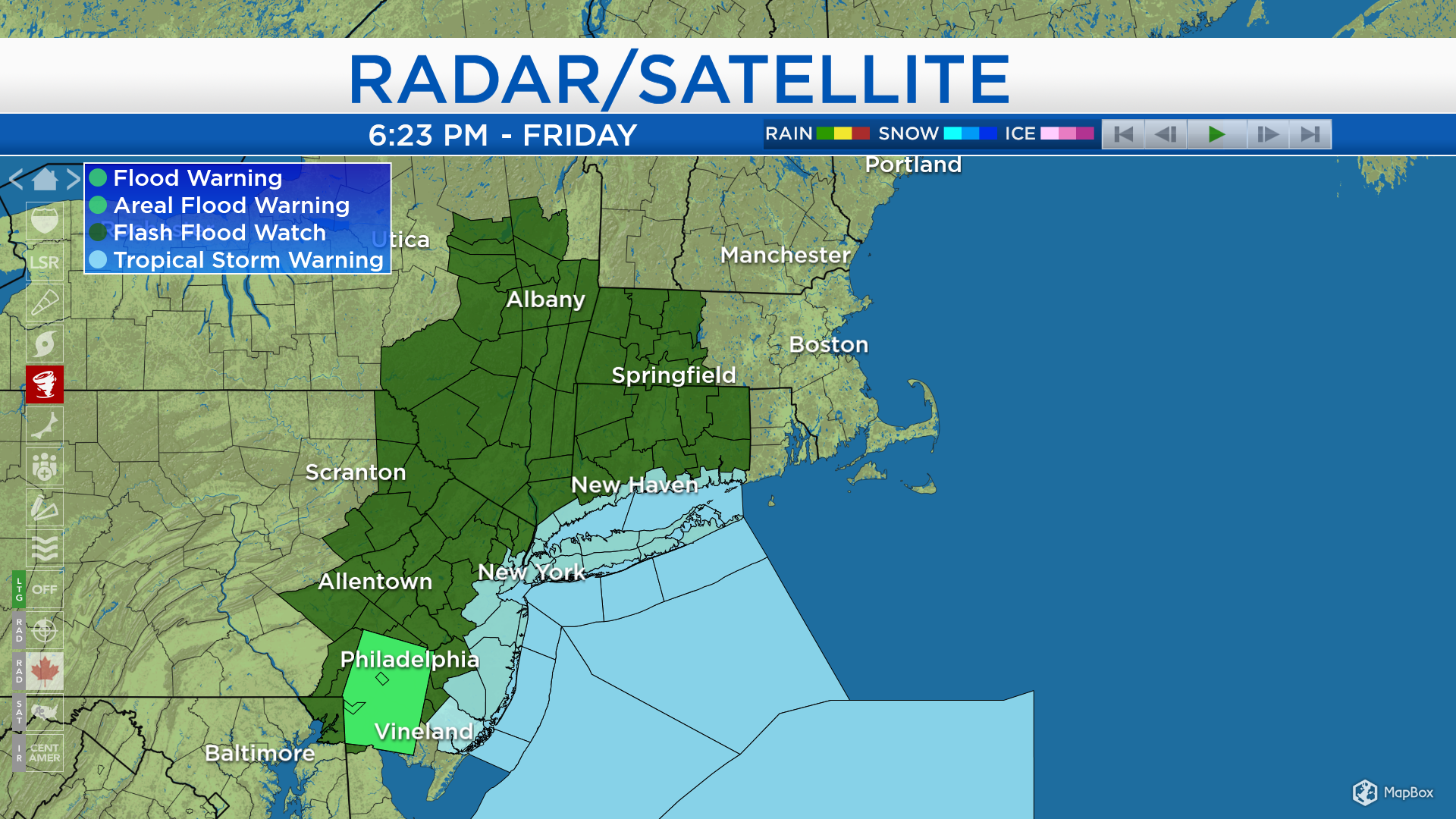 Around Alpena … Saturday: Decreasing clouds, becoming partly cloudy. Predawn lows will be around 62 degrees. Temperatures will rise to the lower 70s around 10 a.m. Afternoon highs will reach about 84 degrees. Early-evening temperatures will be near 80 degrees. 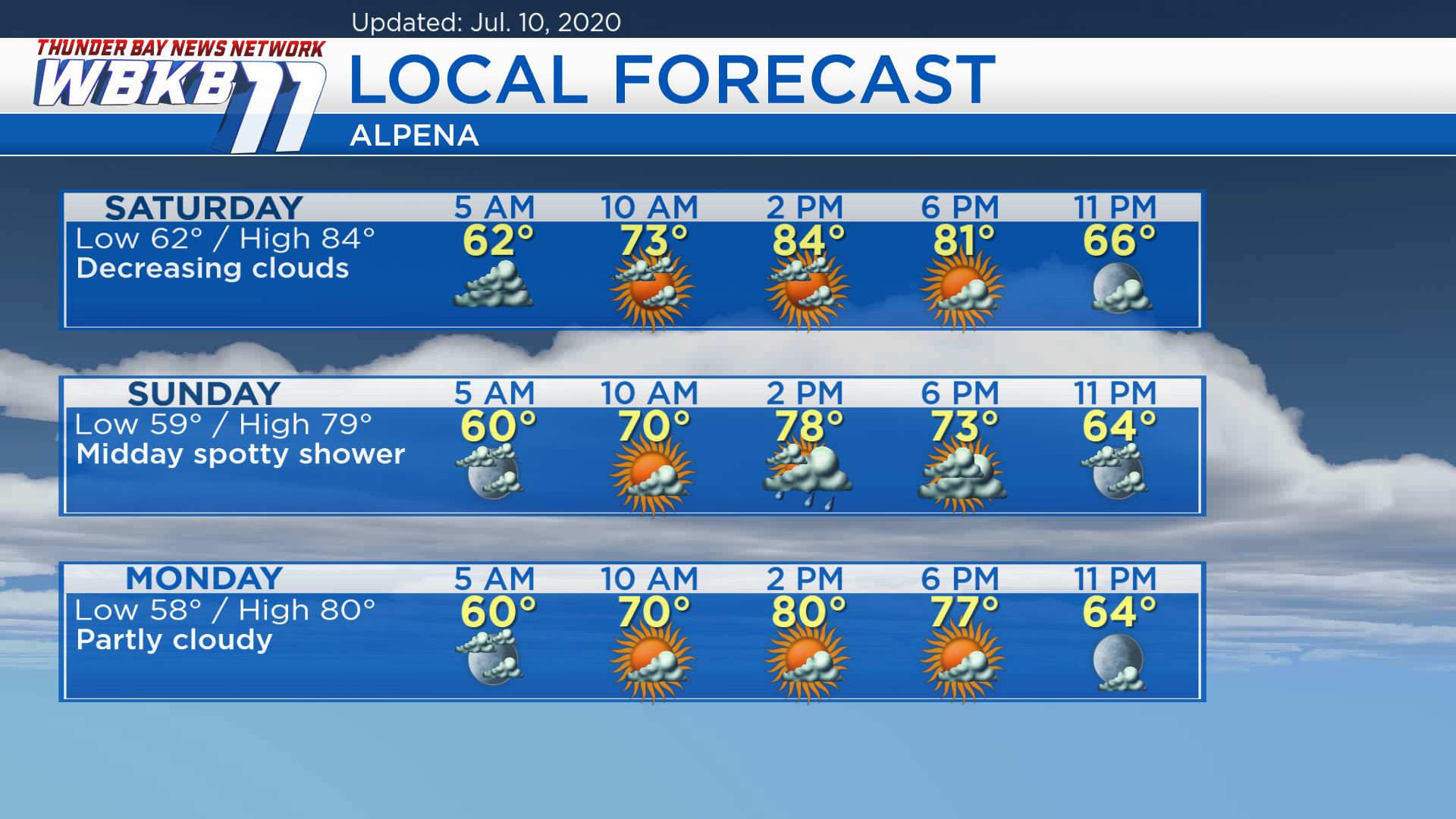