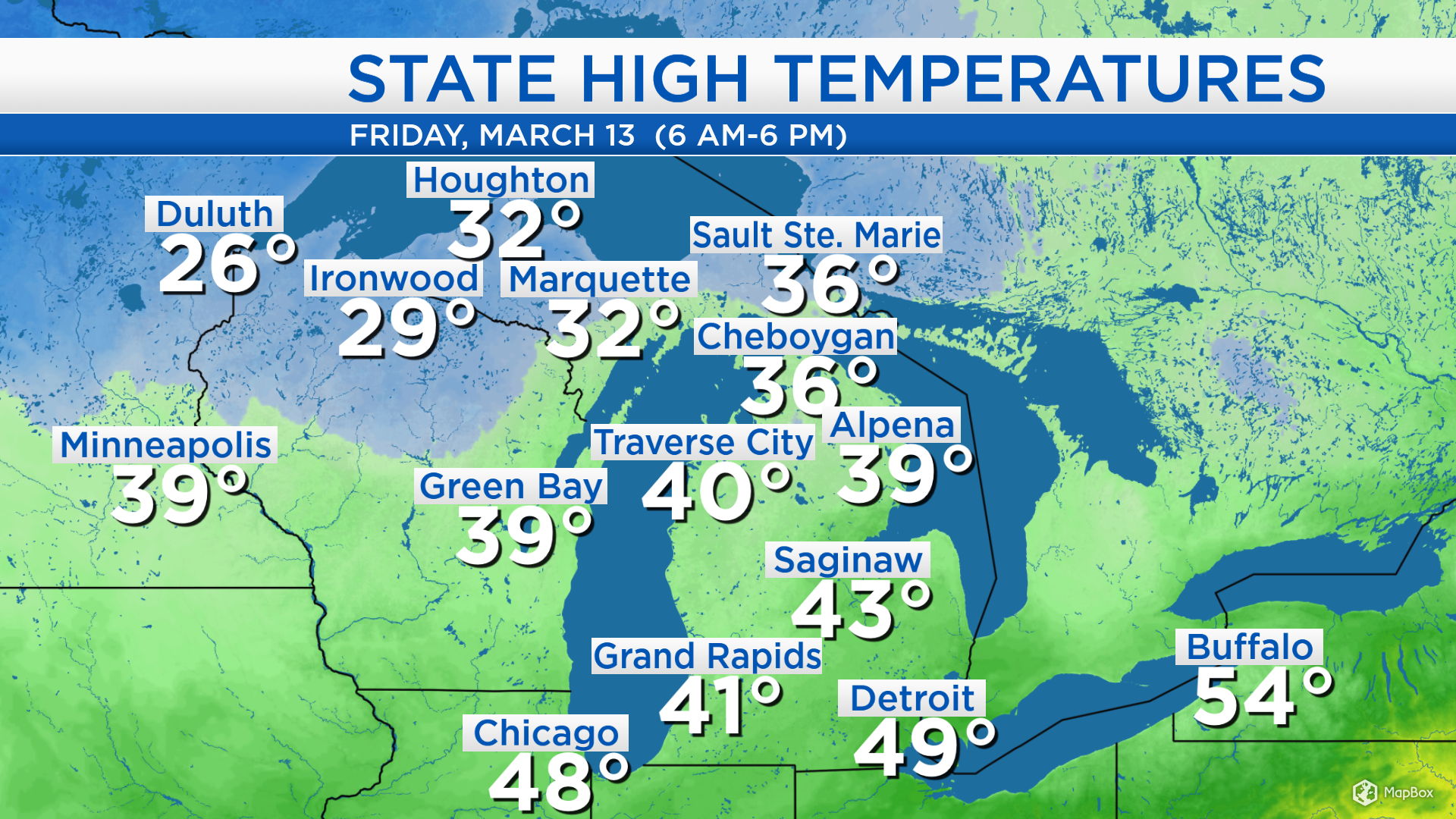 Winds have been gusty all day. A sample of afternoon wind speeds show sustained winds of 20-25 mph, and occasional gusts peaking at 30-40 mph. Winds will ease early Saturday, settling down to 10 mph. 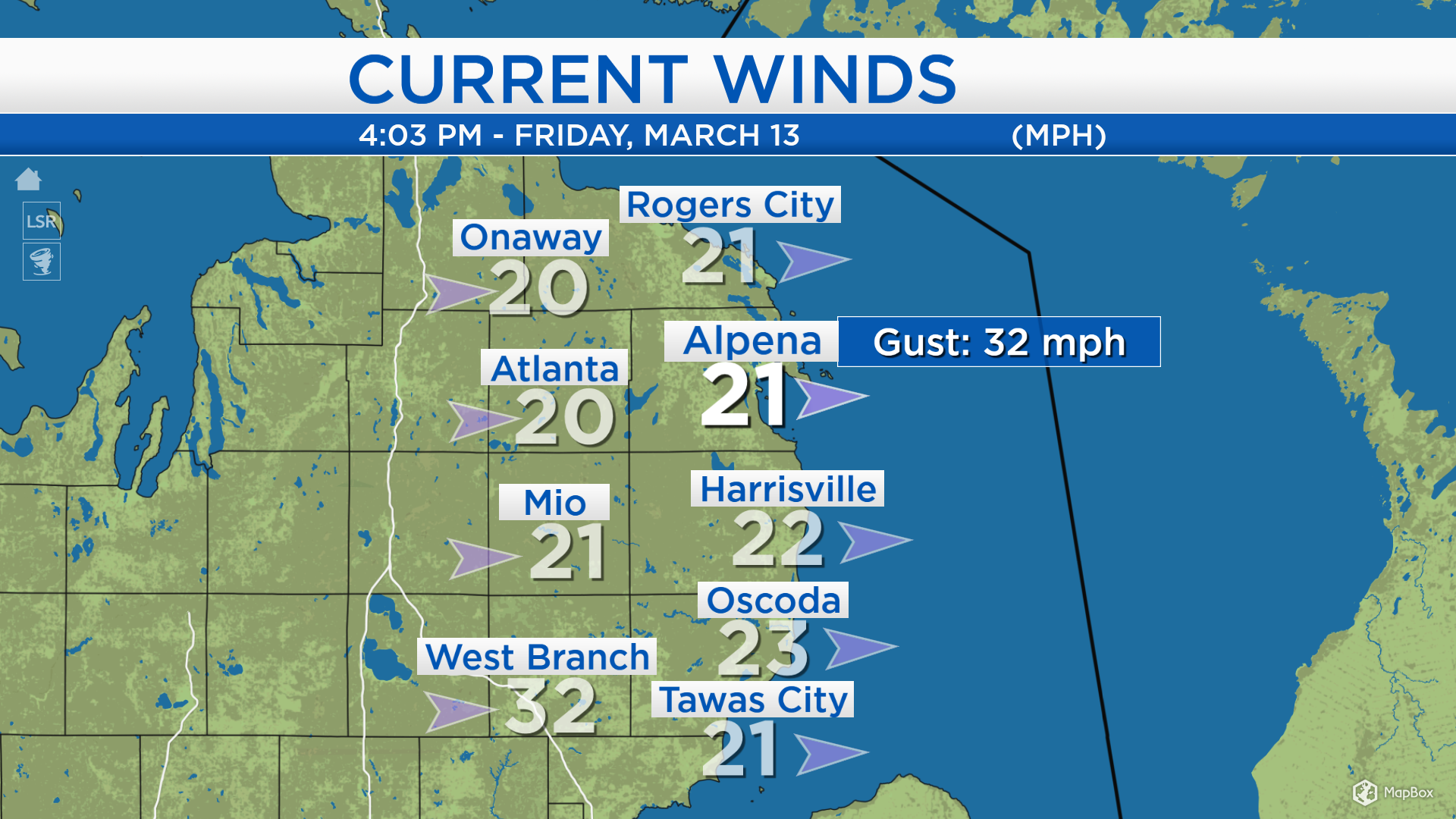 High pressure currently centered over Iowa will bring clearing skies this weekend, and it will also suppress any active weather to our south. A system currently producing rain and snow over Nebraska and Kansas will not affect our area.

Overnight, low temperatures will cool to about 25 degrees. Saturday will be partly cloudy with morning temperatures in the middle to upper 20s. Afternoon highs will reach about 37 degrees and light winds will come from the north. Mostly clear skies are expected at night. 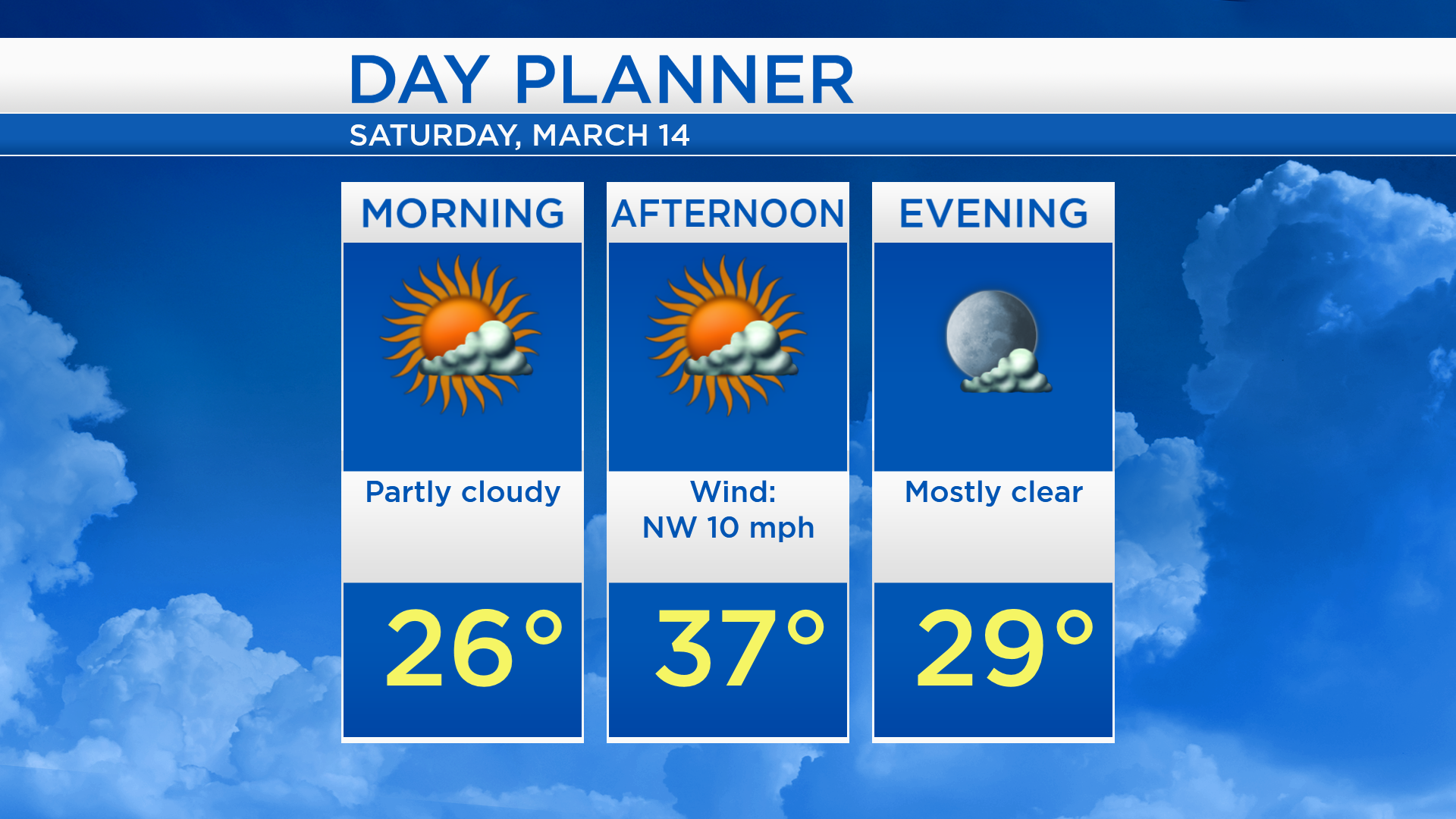 The weekend will be brighter although cool especially Sunday. Highs will be near 37 degrees Saturday afternoon with partly cloudy skies. Early Sunday will be cool, starting with temperatures in the middle to upper teens. Sunday will be mostly sunny and highs will only get into the lower 30s. Winds will shift out of the south on Monday and that will bring warmer temperatures, rising to the 40s. For the rest of Northeast Michigan’s weather forecast, watch the latest weather video by clicking the weather tab at the top of the page. 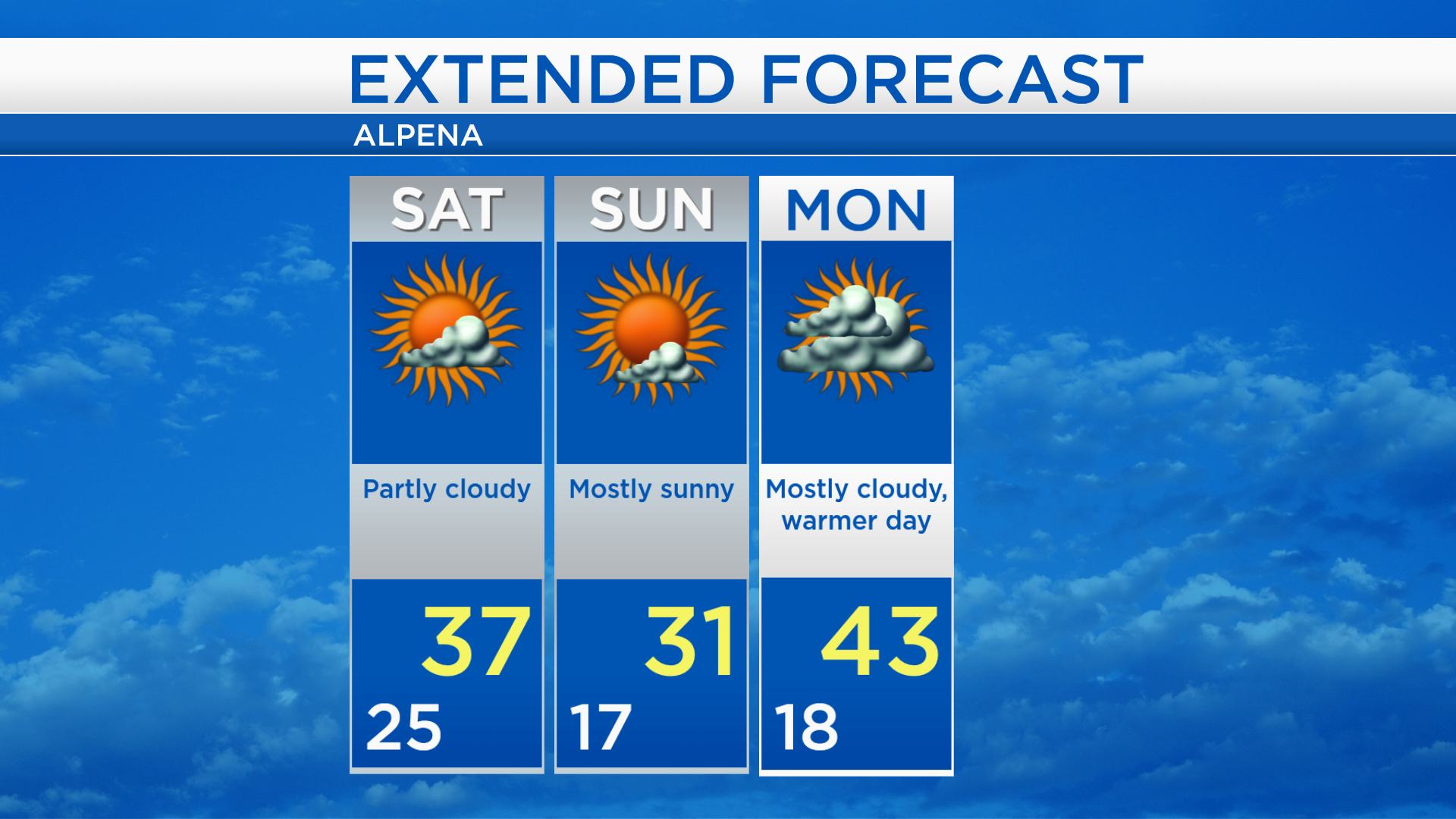