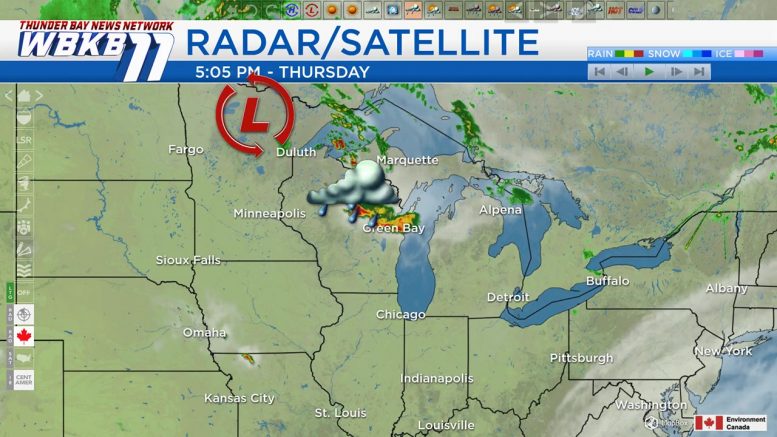 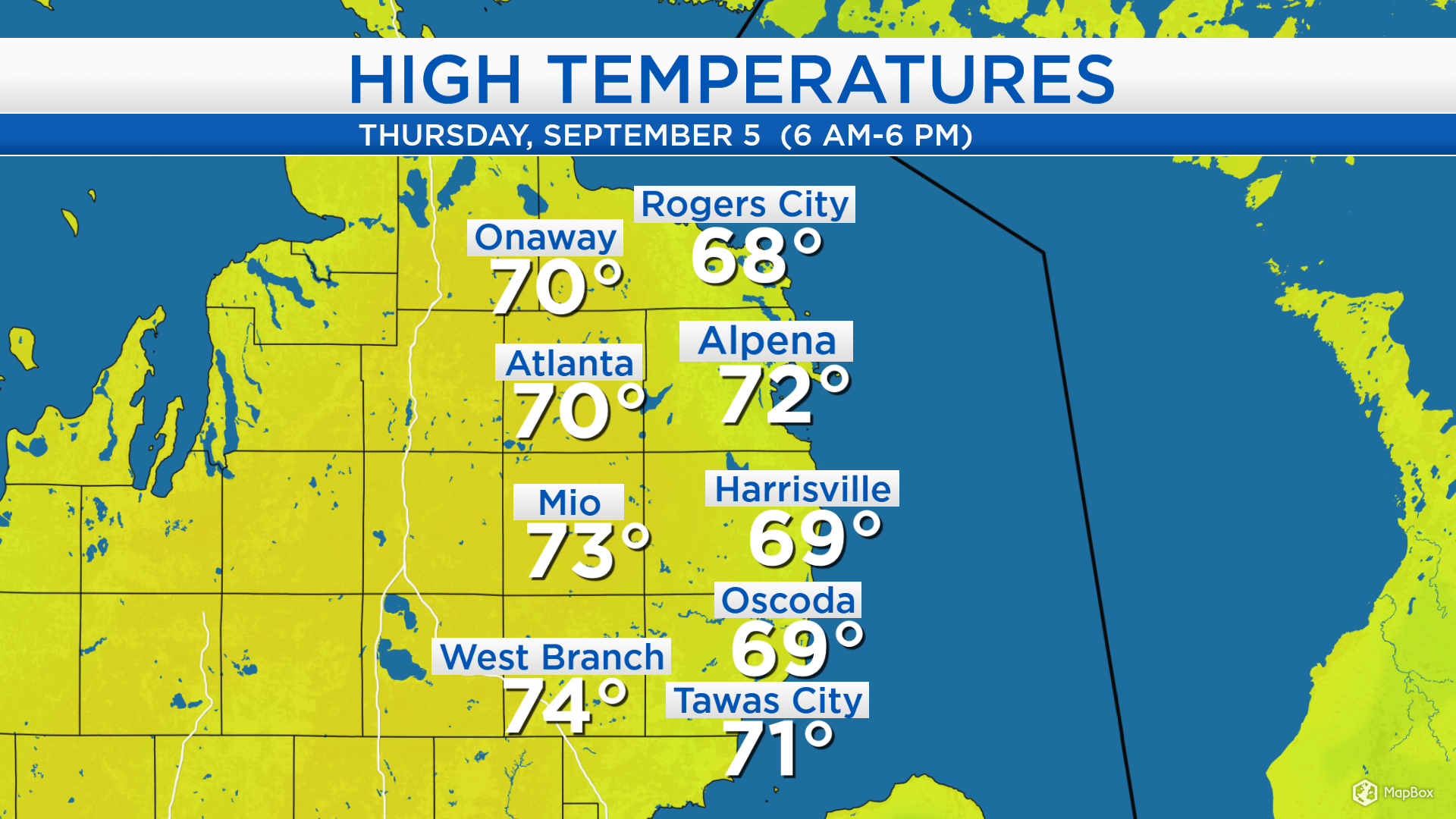 A weak low pressure system heading into Wisconsin will bring showers to our area starting early tomorrow. Showers will move to the east of our area tomorrow evening, but mostly cloudy skies will persist through Saturday.

As Hurricane Dorian moves northeastward near the East Coast, it is beginning to wreak havoc on coastal areas of the Mid-Atlantic states. Hurricane Warnings (light purple) are in effect for the coastline of South Carolina and North Carolina. Tropical Storm Warnings (light blue) extend from eastern South Carolina through eastern Virginia. The difference between a hurricane warning and a tropical storm warning is the expected strength of the winds — tropical storm warnings are issued for winds blowing at 39-73 mph, while hurricane warnings are issued for stronger winds. Tornado watches are in effect for eastern North Carolina this evening, addressing the potential of severe weather associated with the outer bands of Hurricane Dorian. In addition, storm surge continues to pose problems for the coast as water several feet high gets inundated off the Atlantic Ocean. 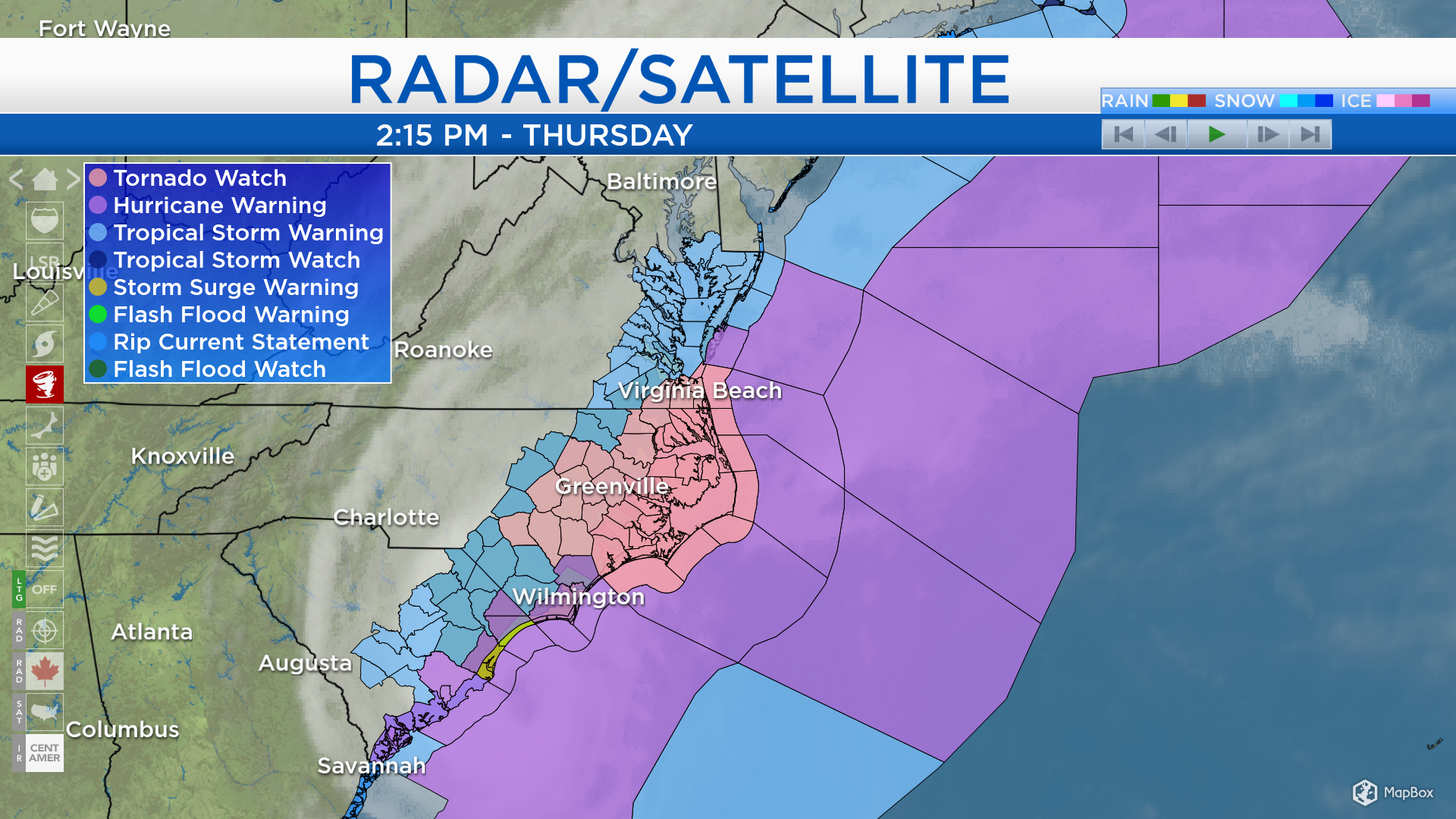 Hurricane Dorian is currently producing winds at category 2 strength, near 100 mph. It will move toward the northeast, potentially making landfall over eastern North Carolina early Friday. Dorian will weaken to a category 1 hurricane on Saturday as it travels off the coast of New Jersey, Long and Island and New England. 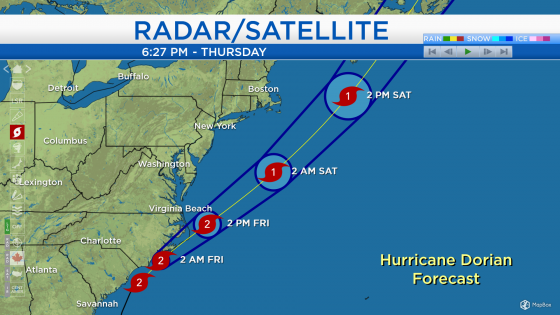 Low temperatures tonight will cool to the lower 50s with cloudy skies and a chance of showers moving in. Showers are expected tomorrow morning-afternoon and high temperatures will reach only the middle 60s. 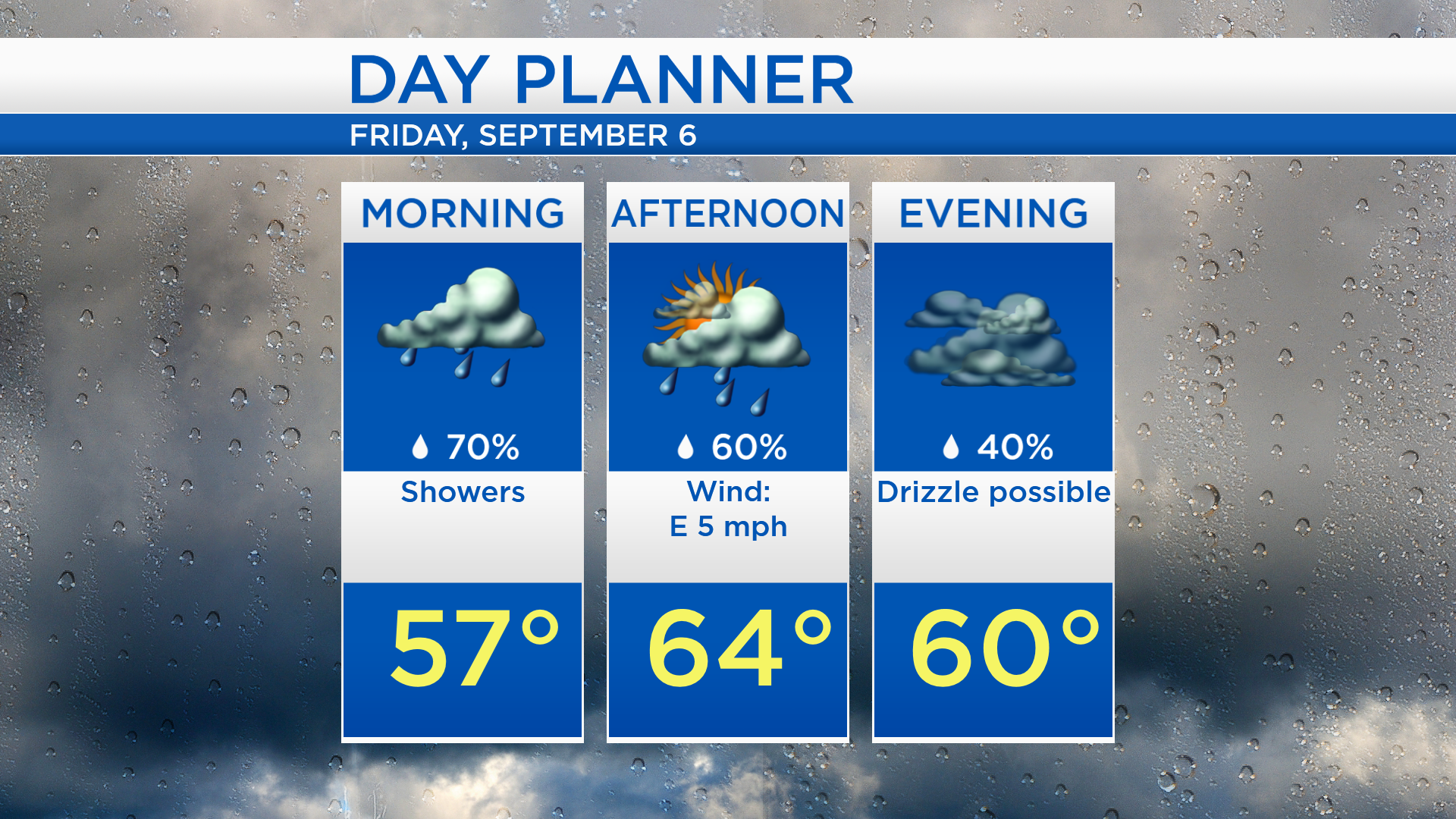 For the high school football game of the week tomorrow evening, a few showers are possible at the start of the game. Showers should move out of our area during the evening and cloudy skies will linger. Temperatures at kickoff will start in the lower 60s and cool to the middle 50s by the end of the game. 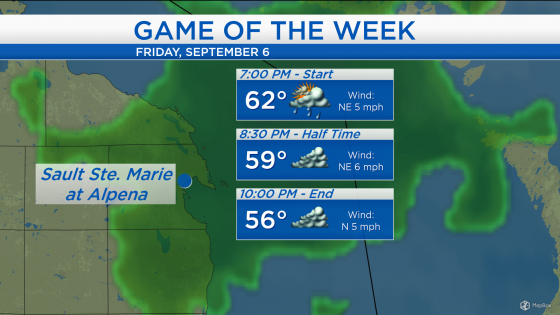 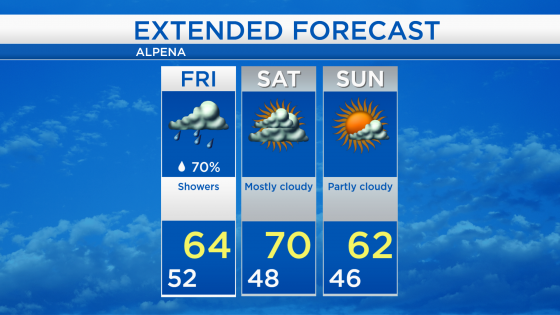