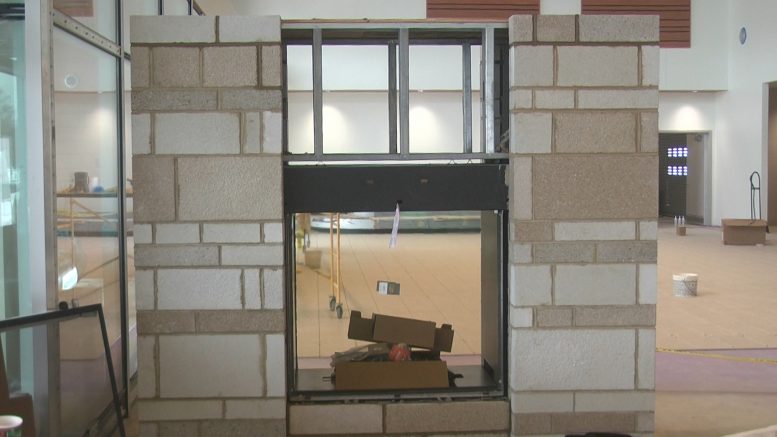 ALPENA, Mich — Back in September, WBKB brought you Insights coverage of Alpena County Airport’s new terminal construction. The progress was well underway then, but now completion of the project is less than an a month away.

When we came out in September, this is how construction of the terminal looked. Three months later, and just a few weeks from completion, you can see the significant changes that have been made to the building.

“The bathroom is titled, the main hallway is almost tiled. The fixtures, such as the toilets and sinks and all those are getting installed. All the electrical is completed. They’re testing the paging system today. There’s just been a tremendous amount of progress since your last visit.”

Aesthetic work has also come a long way since September, like the up–to–date accent lighting and this cozy fireplace meant to enhance the traveler experience. Plans even include bringing in food vendors to serve passengers after construction is complete.

The completion date of the terminal is December 20, but passengers can expect to take their first flight out of the facility at 6 a.m. January 16. Smigelski says he has big hopes for traffic expected to come through the airport.

“There’s a lot of folks that don’t use the old terminal because it’s inconvenient, it’s uncomfortable. This going to take care of all of those issues.”

The official ribbon cutting ceremony will be held when the weather makes landscaping and accommodations possible.

Sarah Palin Speaks To 600+ At Trump Rally In Downtown Alpena