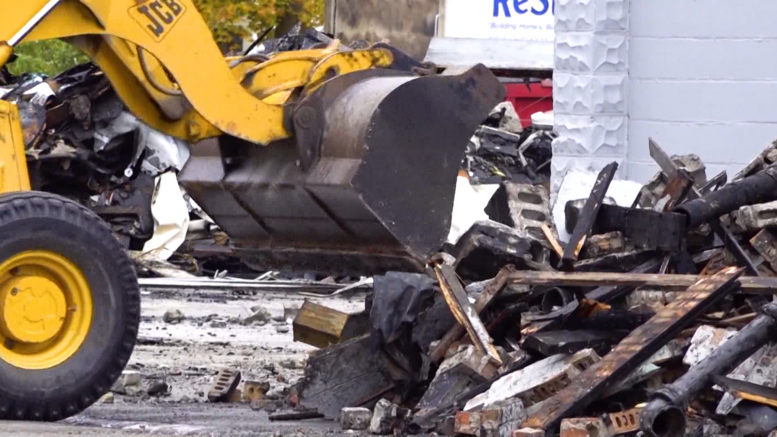 ALPENA, Mich.— Firefighters battled an aggressive fire that left the Habitat for Humanity Restore Building in shambles. Sunday morning,  Alpena Fire Department responded to a call from a pedestrian who saw smoke coming from the building located on Chisholm Street.

The fire started from the rear of the building and crews were sent in after efforts to put out flames from the outside were not effective. Due to a collapsing wall and falling debris, two city firefighter paramedics received non–life threatening injuries and transported to Mid–Michigan Medical Center.

Fire crews from the city and Alpena Township spent a total of twelve hours trying to extinguish the fire and clean up the area. Sunday’s event left some residents without power and all 9–1–1 calls from Alpena were sent to Roscommon county.

The Habitat for Humanity Restore Building fire is currently under investigation.