High temperatures today reached the middle 40s for most of Northeast Michigan. It was a few degrees cooler in Rogers City with a light breeze out of the northeast at 5-10 mph coming off of Lake Huron, while West Branch reached a few degrees warmer being farther away from the lake. Temperatures will go on a short-lived cooling trend this weekend. 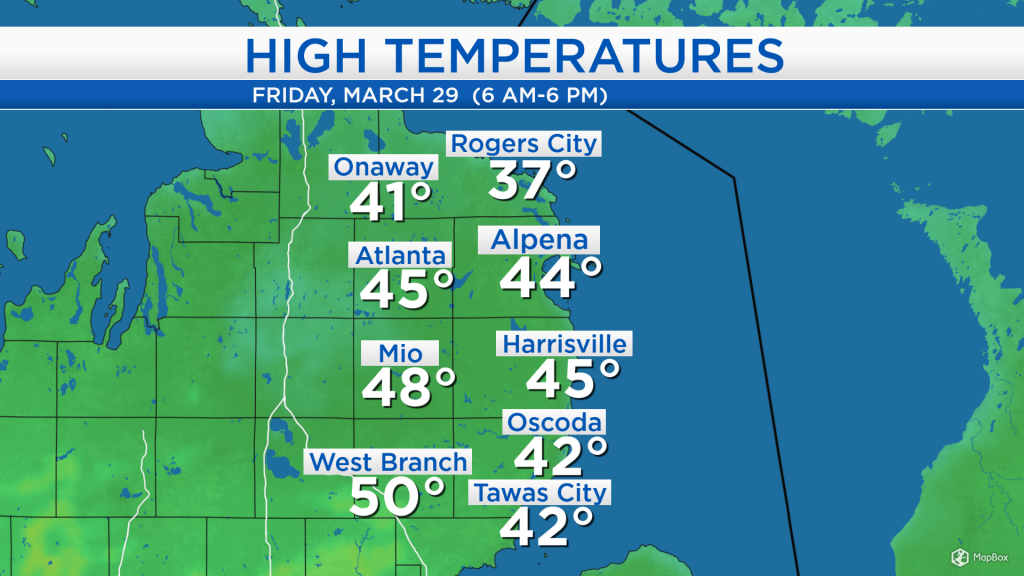 We saw lots of sunshine today, but the clear skies are moving to the east. Two low pressure systems will affect our state tomorrow. The weak storm system north of Lake Superior will bring some snow showers to the Upper Peninsula, and is not really a focus for our forecast in Northeast Lower Michigan. The stronger storm system to the south will end up near Lake Erie tomorrow midday, grazing Northeast Michigan with some light snow or a rain/snow mix. Skies will clear on Sunday with increasing sunshine in the afternoon.

Tomorrow’s forecast map shows most of the snow tomorrow will occur south of Alpena — chances of snow are lower north of Alpena, higher south. High temperatures will reach close to 40 degrees in the afternoon, so a rain/snow mix is possible with temperatures several degrees above the freezing mark. Winds will increase to 10-15 mph tomorrow afternoon and evening. 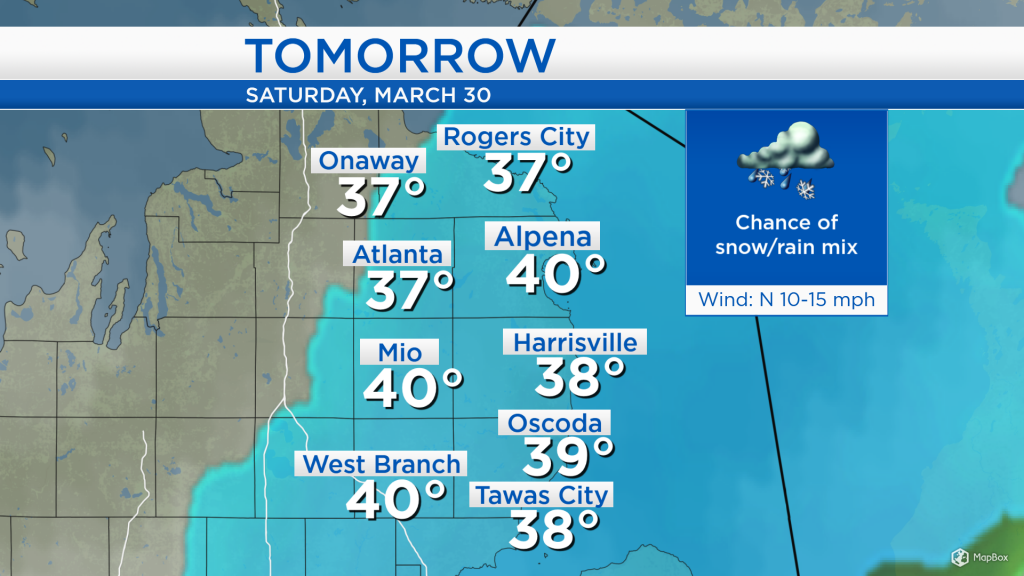 Lower snowfall amounts are anticipated near the Straits of Mackinac, and slightly higher amounts closer to Saginaw Bay. Only trace amounts of snow are forecast for Rogers City, with increasing amounts farther south of 2 or 3 inches in Tawas City and West Branch. Most of this will fall morning and midday while temperatures are in the upper 20s to lower 30s, then begin to melt in the afternoon. 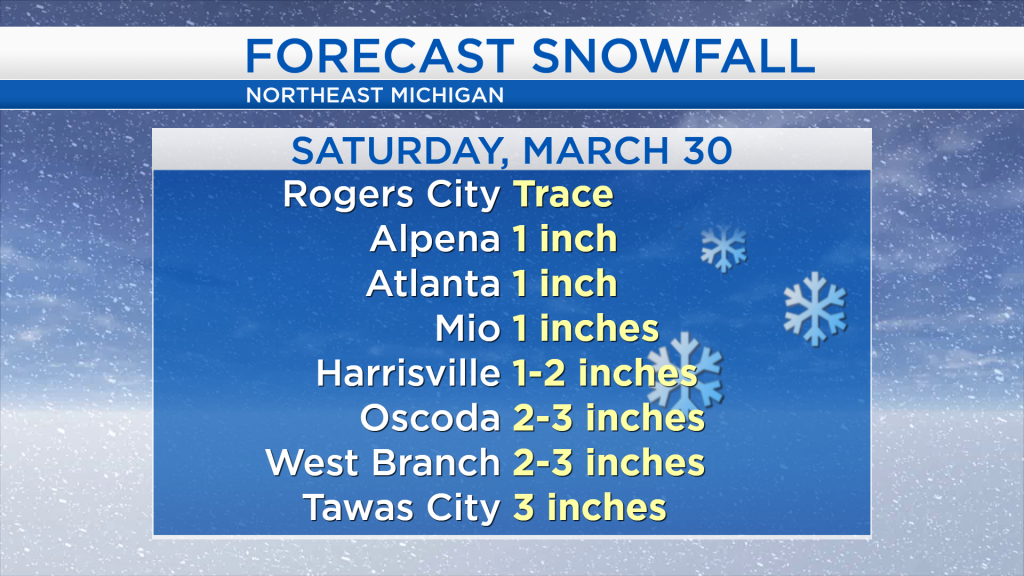 Cloud cover will likely persist early Sunday with low temperatures close to 20 degrees. Sunday is looking brighter and colder as skies become mostly sunny by the afternoon and highs in the middle 30s. Partly cloudy skies are expected on Monday with early-morning lows in the upper teens and afternoon temperatures warming to the middle 40s. High temperatures should get close to 50 degrees on Tuesday with a possibility of a few rain showers. For the rest of Northeast Michigan’s weather forecast, watch the latest weather video by clicking the weather tab at the top of the page. 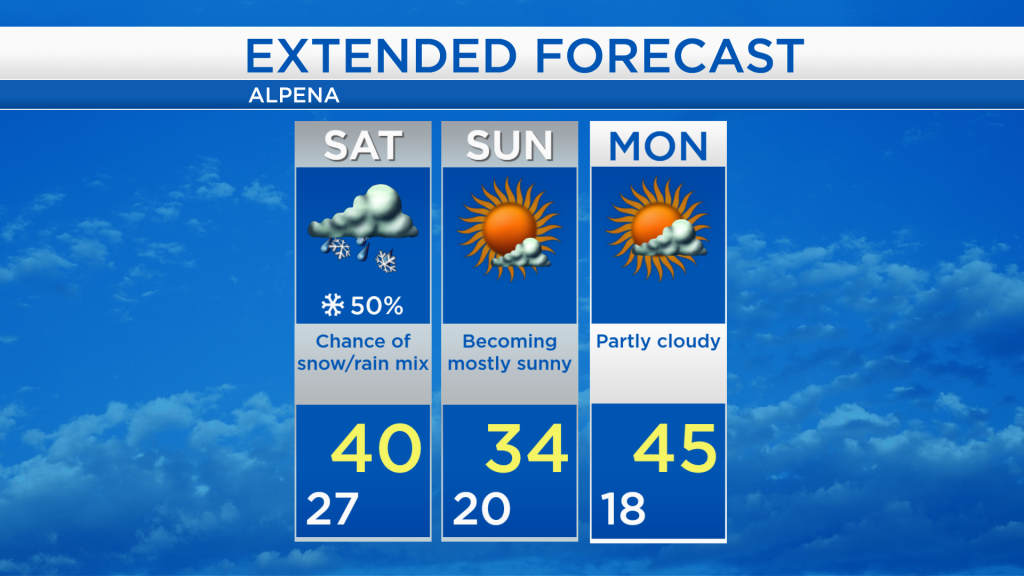 Poli’s Smallmouth Bass is the Fish of the Week