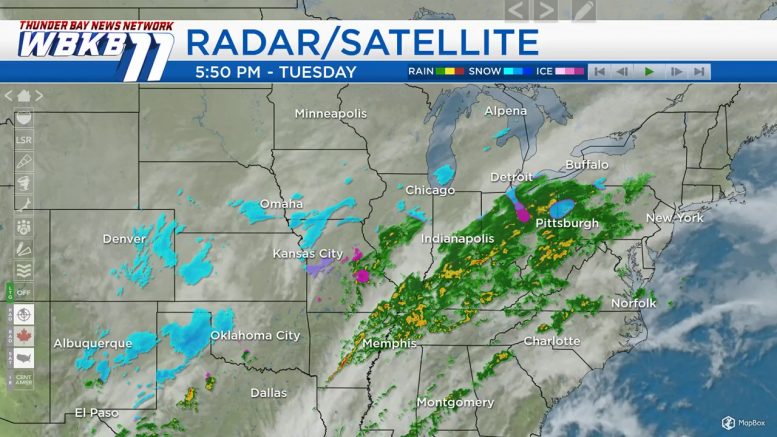 High temperatures today reached 31 degrees in Alpena. High pressure that originated in northern Canada is moving into our area, that’s going to bring colder air tonight and some clearing tomorrow. The colder air mass over Minnesota and western Wisconsin will be over our area Wednesday. 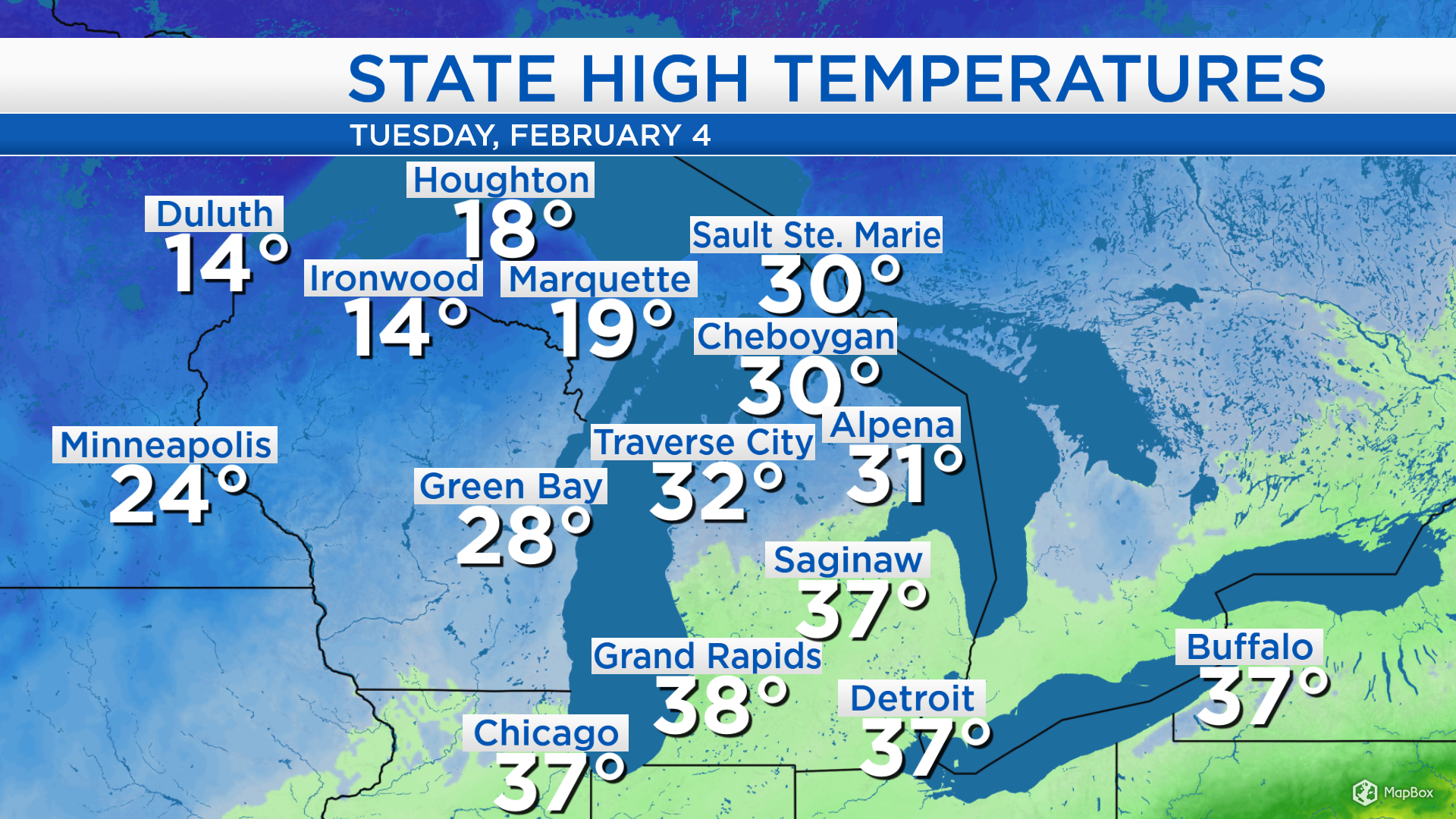 A very broad storm system is bringing rain from Pennsylvania to Arkansas, and snow from Illinois to the Texas Panhandle. As all of this moisture shifts toward the Northeast, some snow will move into Northern Michigan early Thursday. In general, the chance of snow will be greater farther south such as near Saginaw Bay, and lower farther north toward the Tip of the Mitt.

Low temperatures overnight will cool to about 12 degrees in Alpena. Partly cloudy skies are expected tomorrow with some breaks of sunshine. High temperatures will reach about 26 degrees and winds will be light, from the southwest. 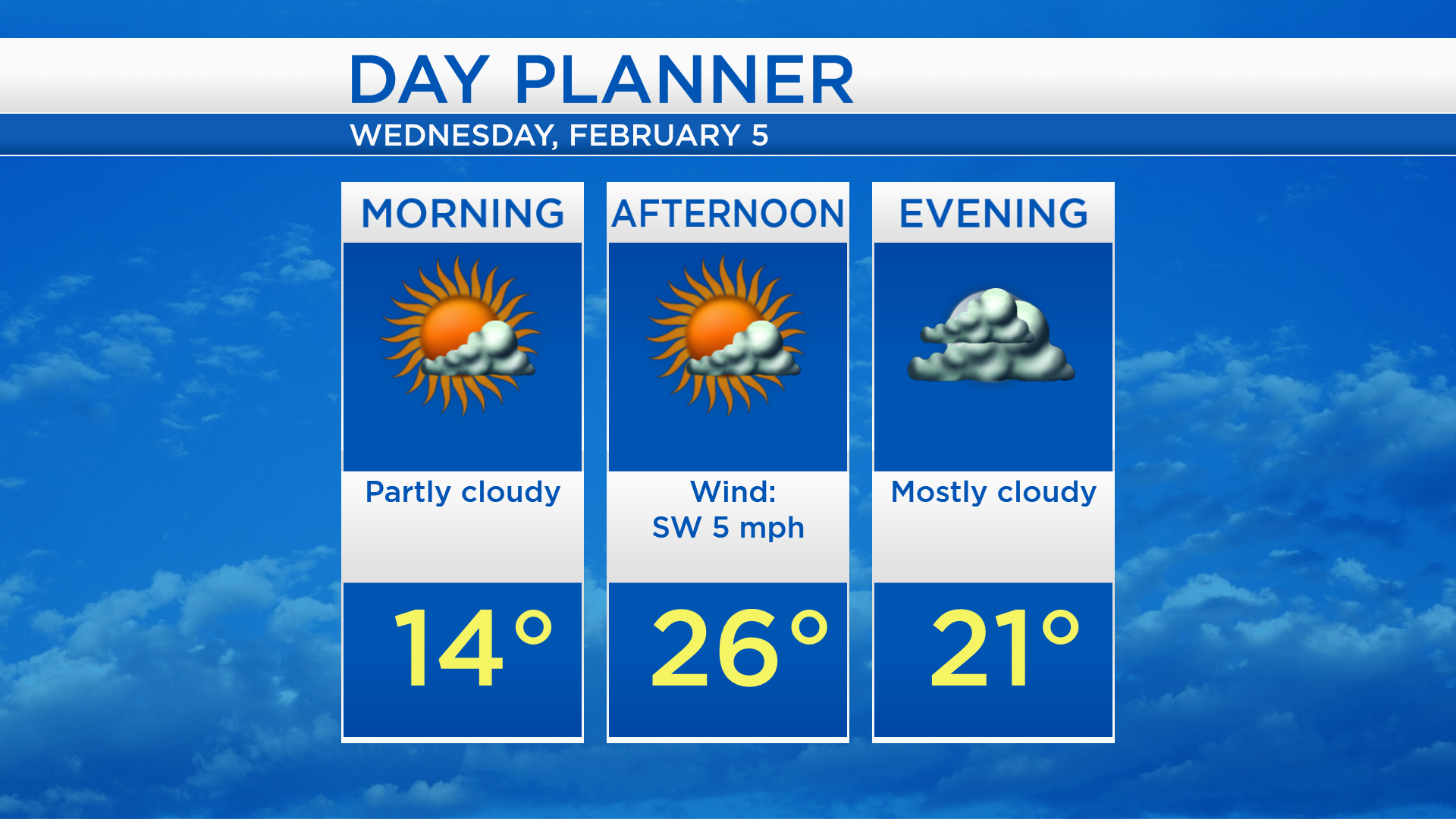 An early look toward snowfall amounts Thursday: Heavier amounts are possible closer to Saginaw Bay. Areas shaded in yellow could get 3-5 inches of snow, mostly Thursday predawn through afternoon. North of Houghton Lake-Rose City-Harrisville, amounts will likely be lighter. 1-3 inches of snow are expected for the areas shaded in blue. Nearly no snow is expected near the Tip of the Mitt. 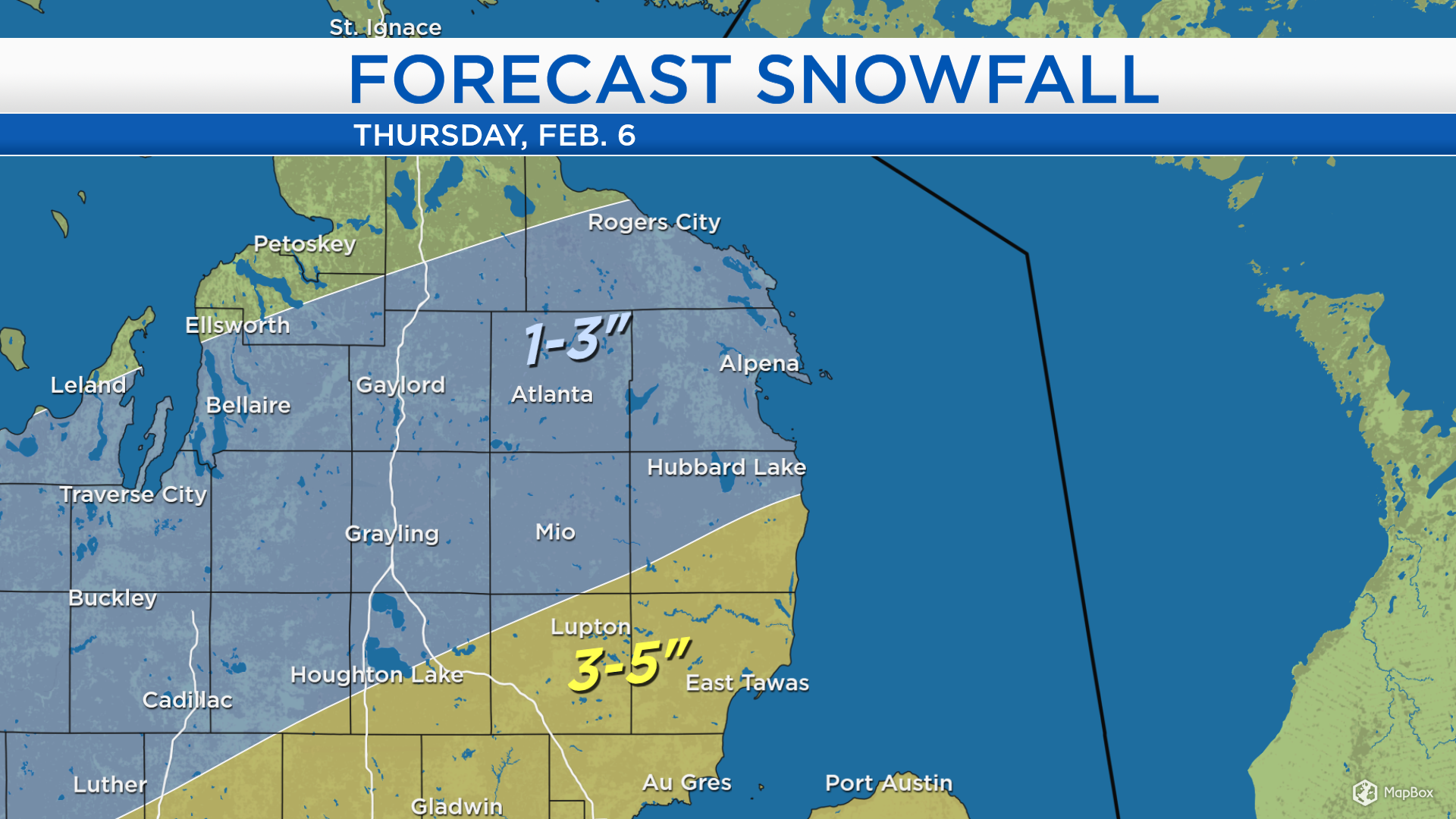 Wednesday will feature some breaks of sunshine and highs in the middle to upper 20s. A chance of snow will move in Thursday — greater south and lower north. Highs on Thursday will be in the upper 20s to about 30 degrees. A few patchy snowflakes are possible early in the day Friday, and colder temperatures will move in with highs near 20 degrees. Saturday will start with cold temperatures and dry conditions are likely. For the rest of Northeast Michigan’s weather forecast, watch the latest weather video by clicking the weather tab at the top of the page. 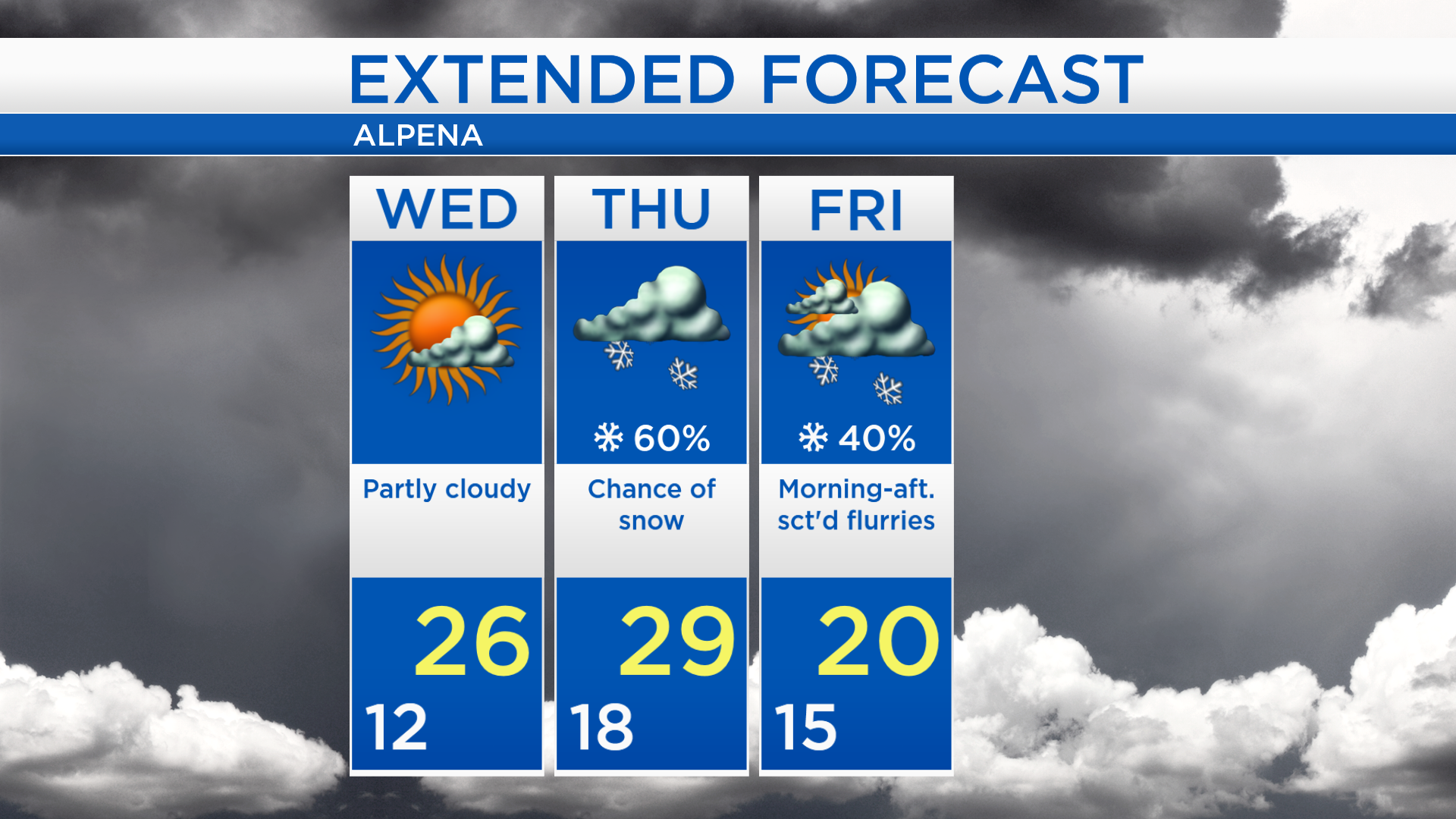