High temperatures today reached the upper teens in Alpena, Montmorency, and Presque Isle counties, and lower 20s in Alcona, Oscoda, and Iosco counties. A breeze out of the north at 10-15 mph maintained the cooler temperatures in our area. The morning started with cloudy skies and a few sparse flurries, then cloud cover rapidly cleared throughout the afternoon. 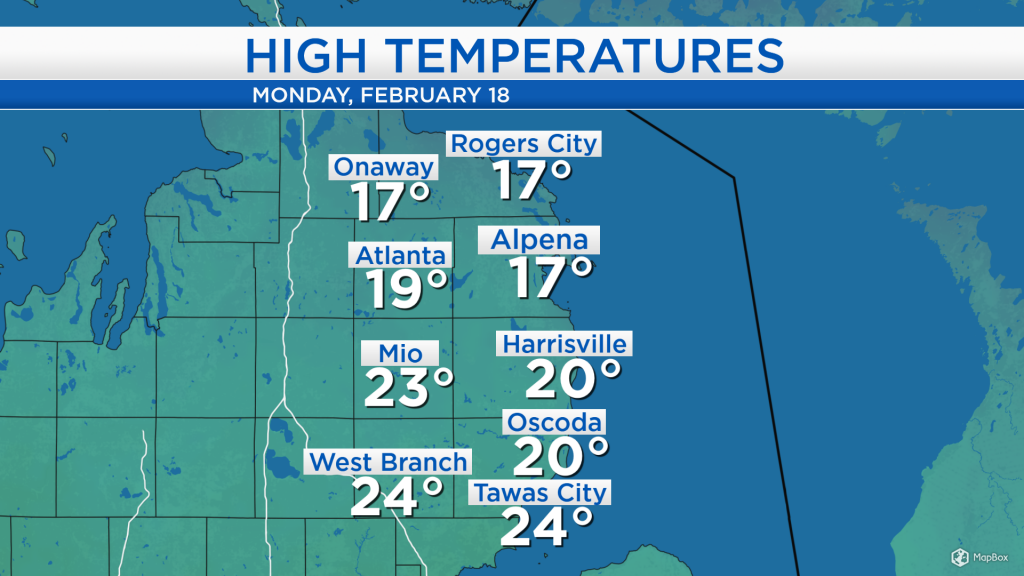 Weather across the Midwest remains quiet other than some limited areas off lake effect snow showers off of the Great Lakes. (Lake effect off of Lake Erie is bringing snow showers to northern Ohio and northwestern Pennsylvania, while lake effect off of Lake Michigan is bringing snow showers northwestern Indiana and northeastern Illinois.) Two areas of moisture will merge, and become our next storm system — scattered moisture over the southwestern states will meet up with moisture out of southern Texas. All of that will head north, reaching the Great Lakes on Wednesday, and give a likely chance of snow in our area. 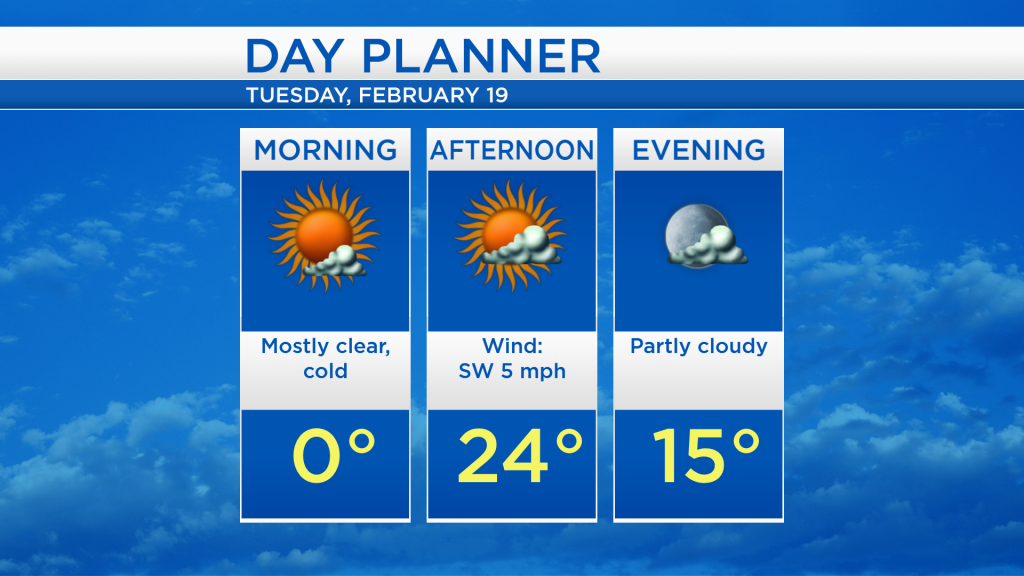 Tomorrow’s temperatures will start a warming trend continuing through the weekend. Despite some snow on Wednesday, highs will reach the upper 20s. For the end of the week, highs will warm to the middle (maybe upper) 30s. 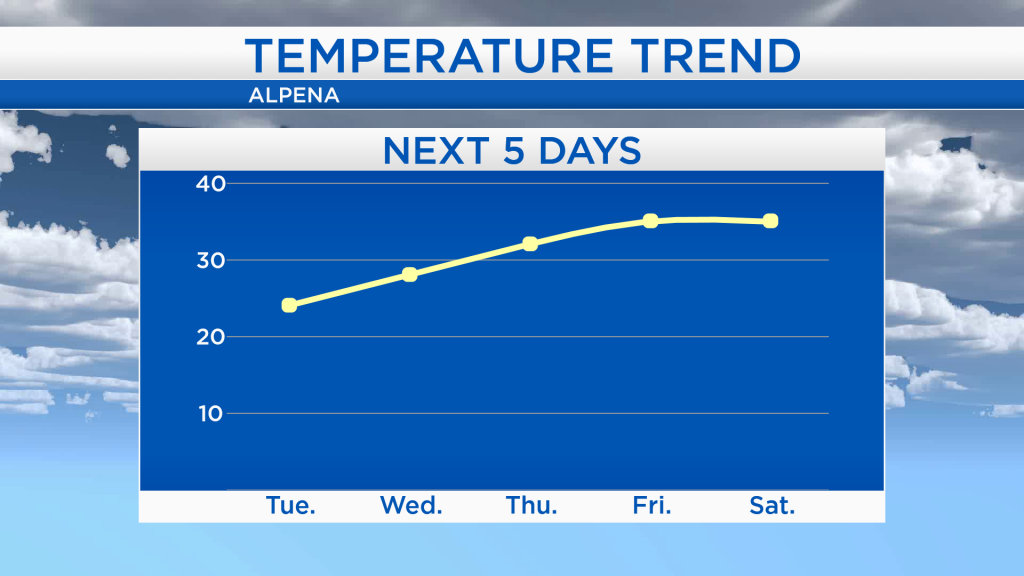 Although temperatures will drop below 0 degrees tonight-early tomorrow, afternoon highs will then reach about 24 degrees with partly cloudy skies. Wednesday morning will likely start dry, then snow will spread in midday. There is a chance late Wednesday into Wednesday evening some freezing drizzle could develop in Iosco, Ogemaw, Arenac counties and southward, around Saginaw Bay — the freezing drizzle would create icy surfaces. Farther north, around Alpena, Wednesday’s storm system will likely remain entirely snow. A few flurries are possible early Thursday, otherwise mostly dry with highs in the lower 30s. For the rest of Northeast Michigan’s weather forecast, watch the latest weather video by clicking the weather tab at the top of the page. 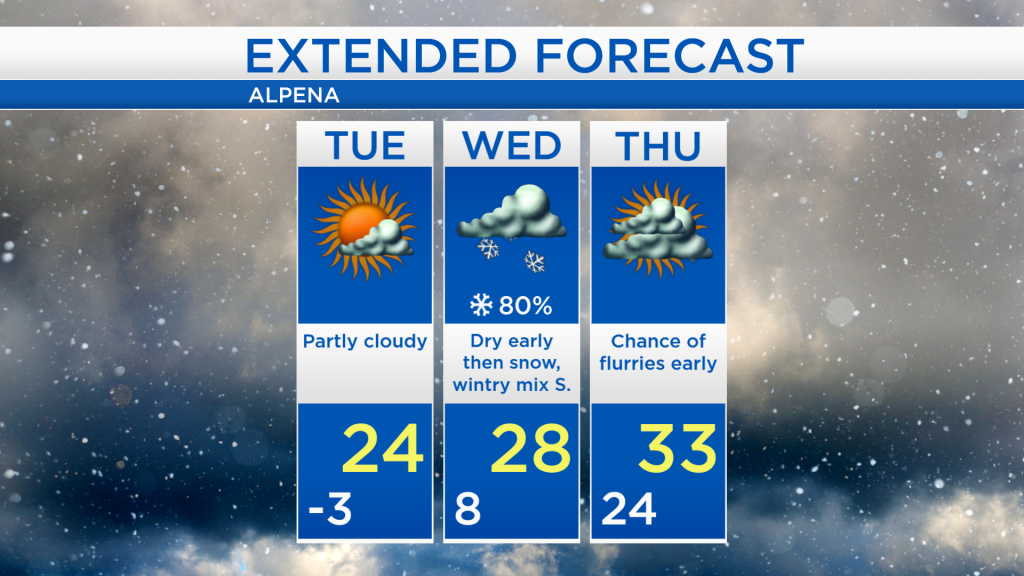 Pets of the Week

Another risk of thunderstorms Wednesday; Colder and drier late-week