High temperatures today got up to 27 degrees in Alpena. But notice the colder air to the northwest of our area, where highs reached only 10 degrees in Ironwood, Michigan and 7 degrees in Duluth, Minnesota. That colder air is heading in our direction overnight, although this cold blast will be short-lived. 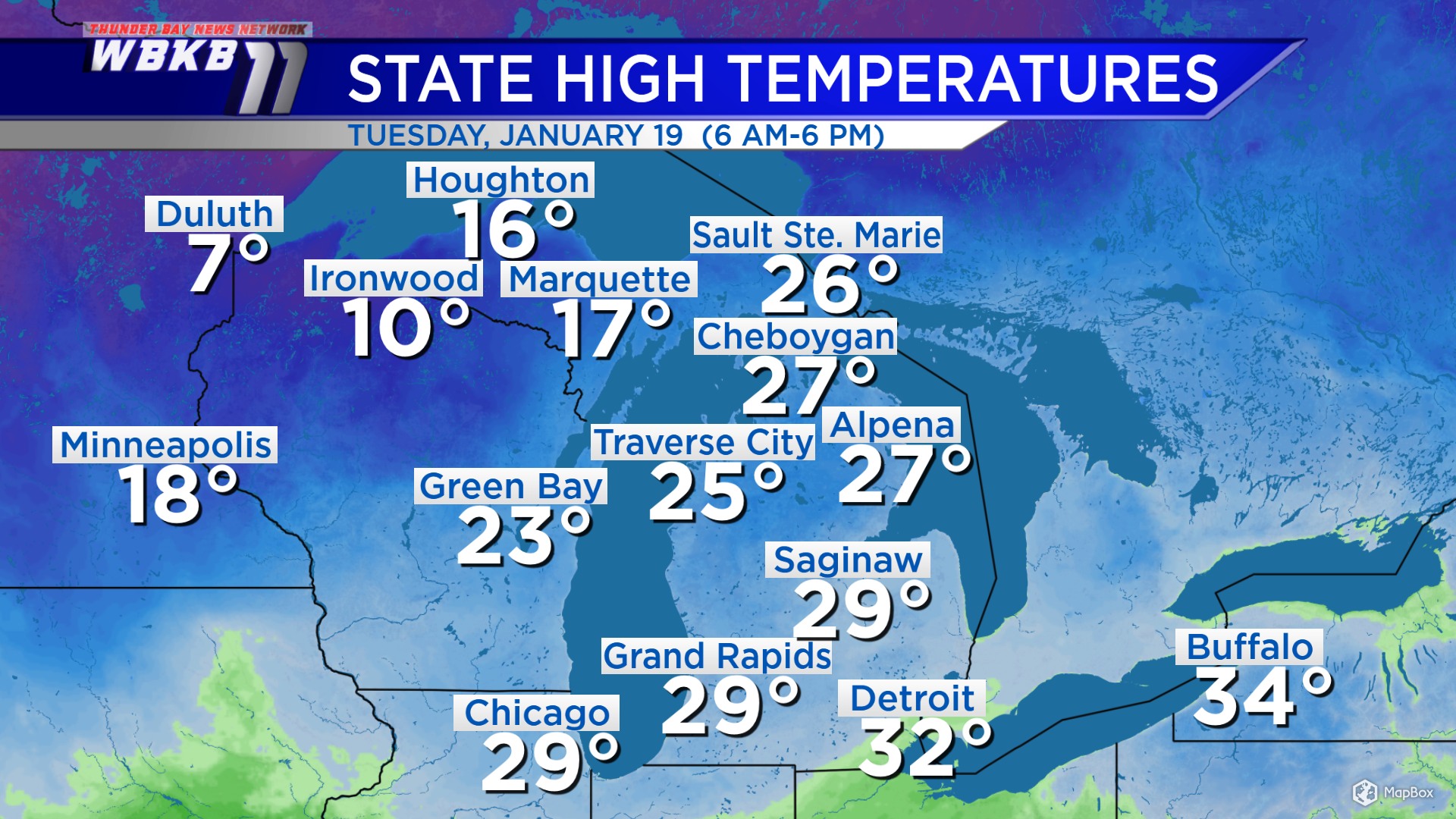 Low temperatures overnight will range from about 10 degrees to the lower teens across the area. That’s colder than any temperature at Alpena airport in more than two weeks! A few scattered snow showers will remain possible into tonight. 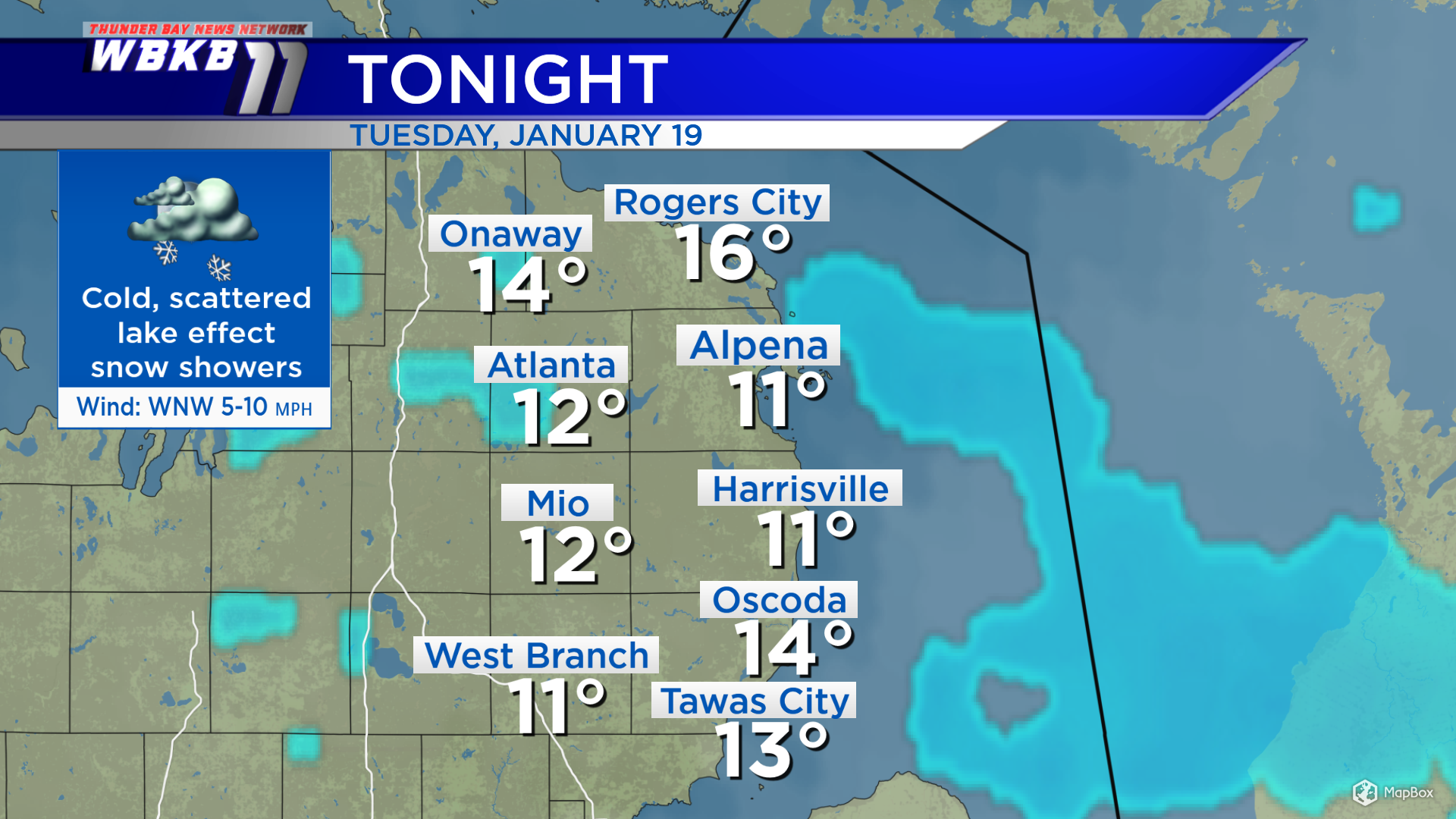 Wednesday, winds will become stronger and out of the south-southwest. That wind direction will help bring in warmer temperatures. Those winds will be blowing at 15-20 mph during the afternoon and evening, plus some occasionally higher gusts. 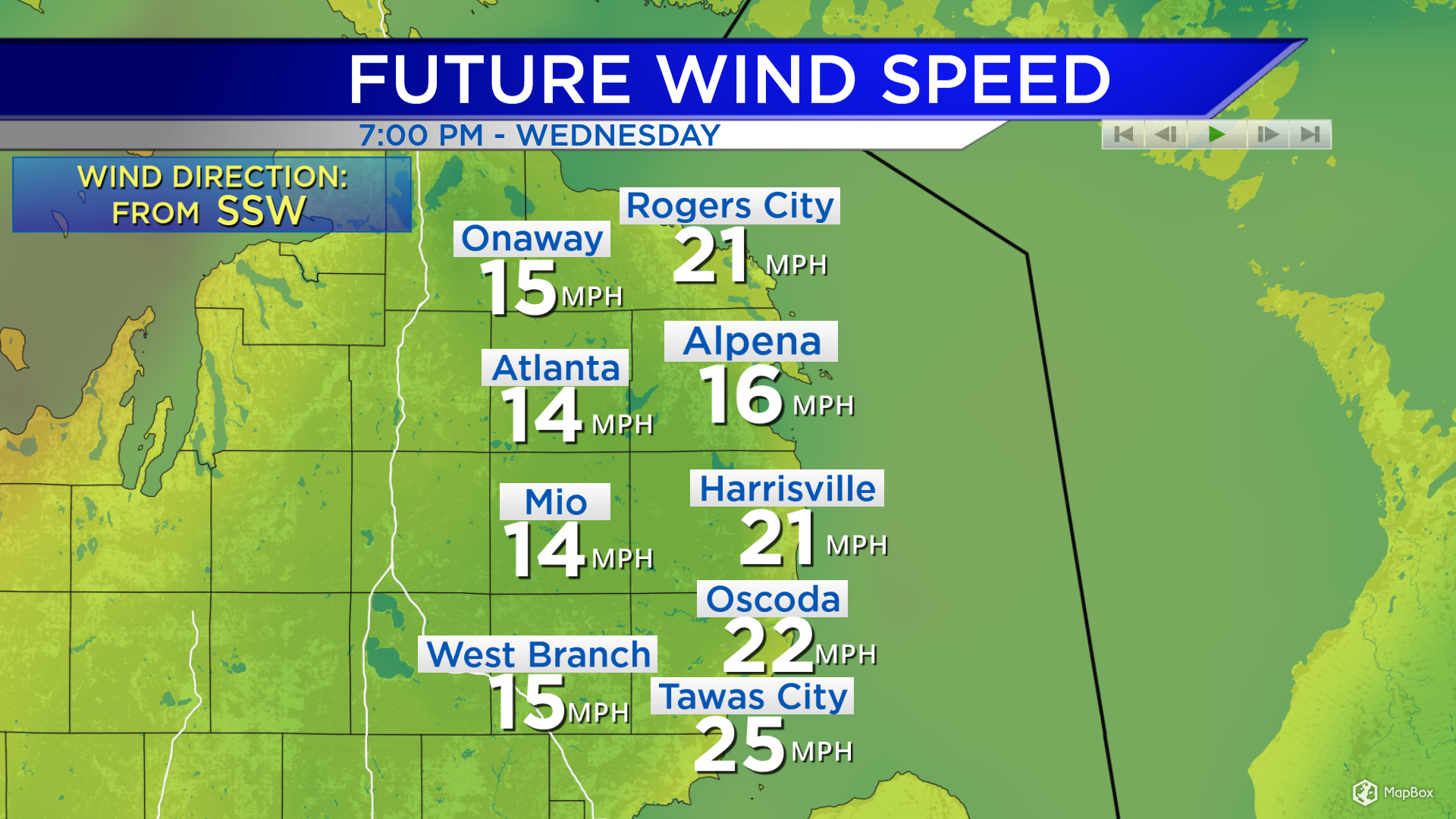 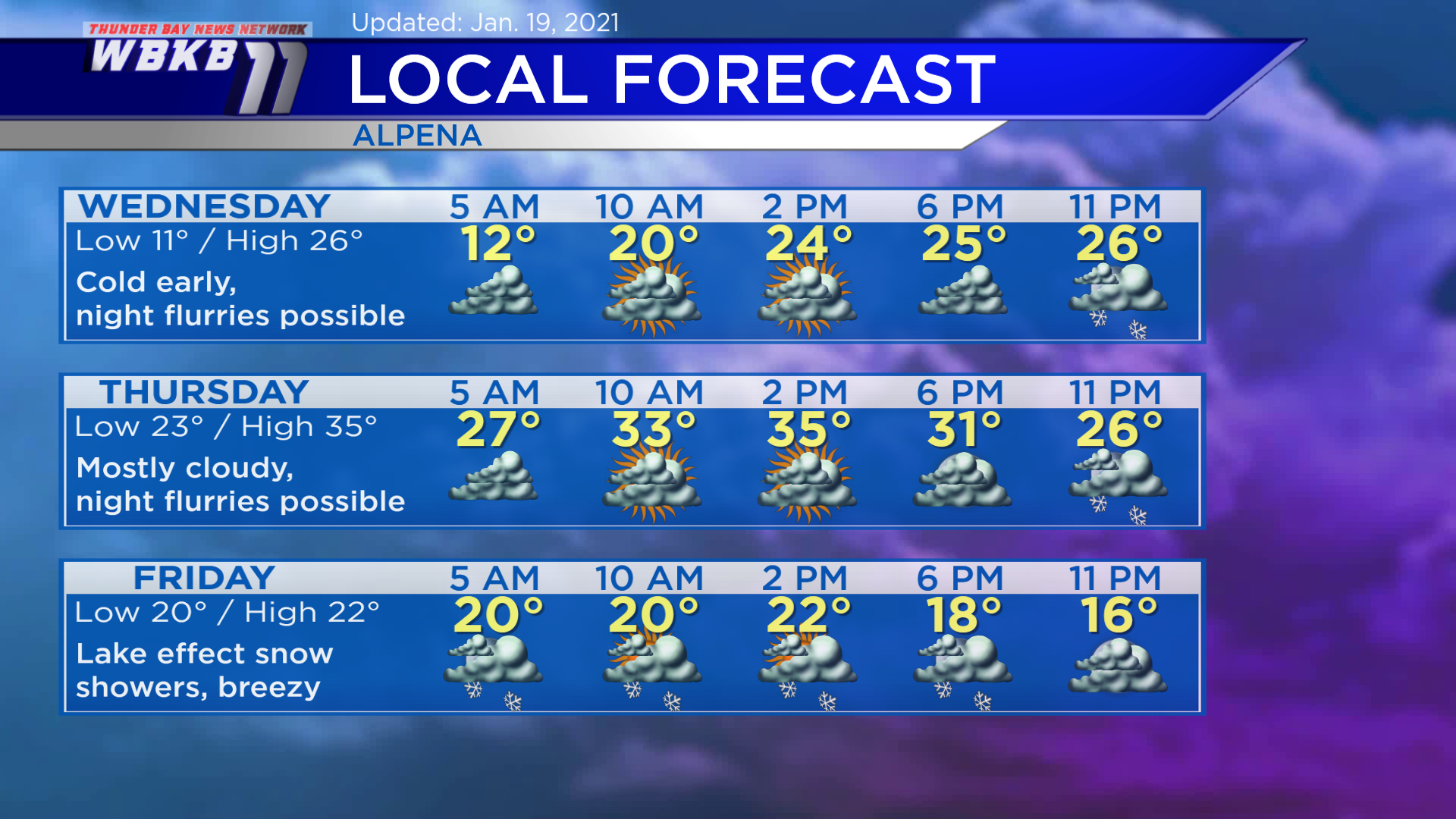 Saturday will get even colder. For the rest of Northeast Michigan’s weather forecast, watch the latest weather video by clicking the weather tab at the top of the page.