Mainly clear skies tonight will give way to increasing cloud over early Thursday. A cold front currently located near the U.S.-Canada border will head into the Upper Peninsula first then slide across our area around midday/afternoon. The cold front will bring a quick round of showers and gusty winds.

Wind speeds will increase Thursday morning. By the afternoon, sustained winds will be close to 20 mph for most places (locally higher). In addition to the numbers plotted on the map below, there will be occasionally higher wind gusts. Friday will be a little breezy but not as windy. Wind speeds will become calmer Friday evening/overnight. 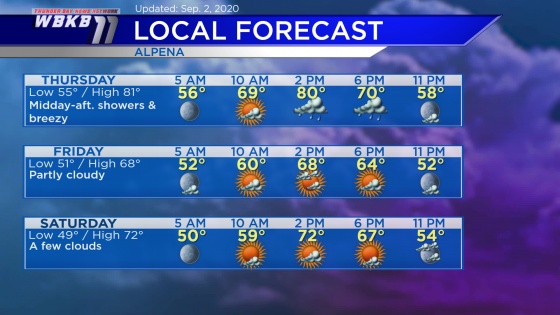