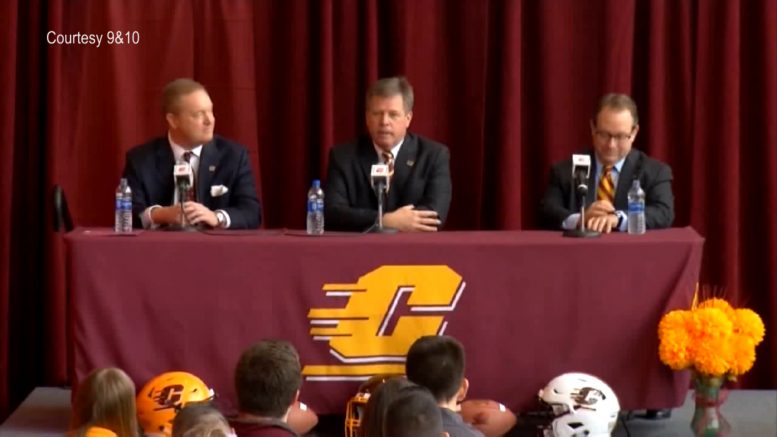 ALPENA — The Central Michigan Chippewas made a new coaching hire on Sunday after firing John Bonamego who led the team to a (1–11) season, the worst in team history. That is why cmu hired Michigan Wolverines assistant and former Florida Head Coach Jim McElwain.

The 56–year–old is (44–28) in five–plus seasons as a college coach, with two 10–win seasons and two sec east division championships at florida. He is very familiar with the state of Michigan also coaching MSU’s wide receivers and special teams units from 2003–05. Alpena Wildcat linebacker Logan Guthrie had already verbally committed to the CMU program and is excited about the new coach.

“I was a little scared on who it would be at the start,” aid Guthrie. “After I found out that he got picked and I looked at his background, saw that he was SEC Coach of the Year, he won SEC titles, he won bowl games, he also played a great role at Michigan. I knew that he was the right guy.”

Logan Guthrie and the other commits will meet the new coach this weekend at CMU.