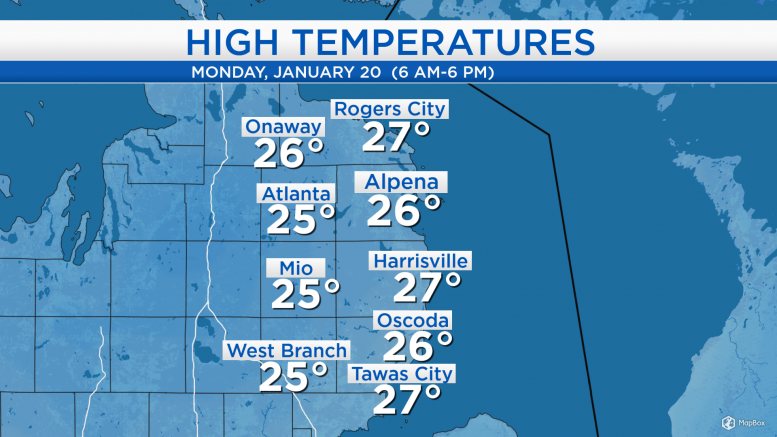 In the early-morning on Monday, the low temperature was -6 degrees in Alpena. Temperatures climbed to a high of 26 degrees with mostly cloudy skies. Winds were light, about 5-10 mph out of the west throughout the day. 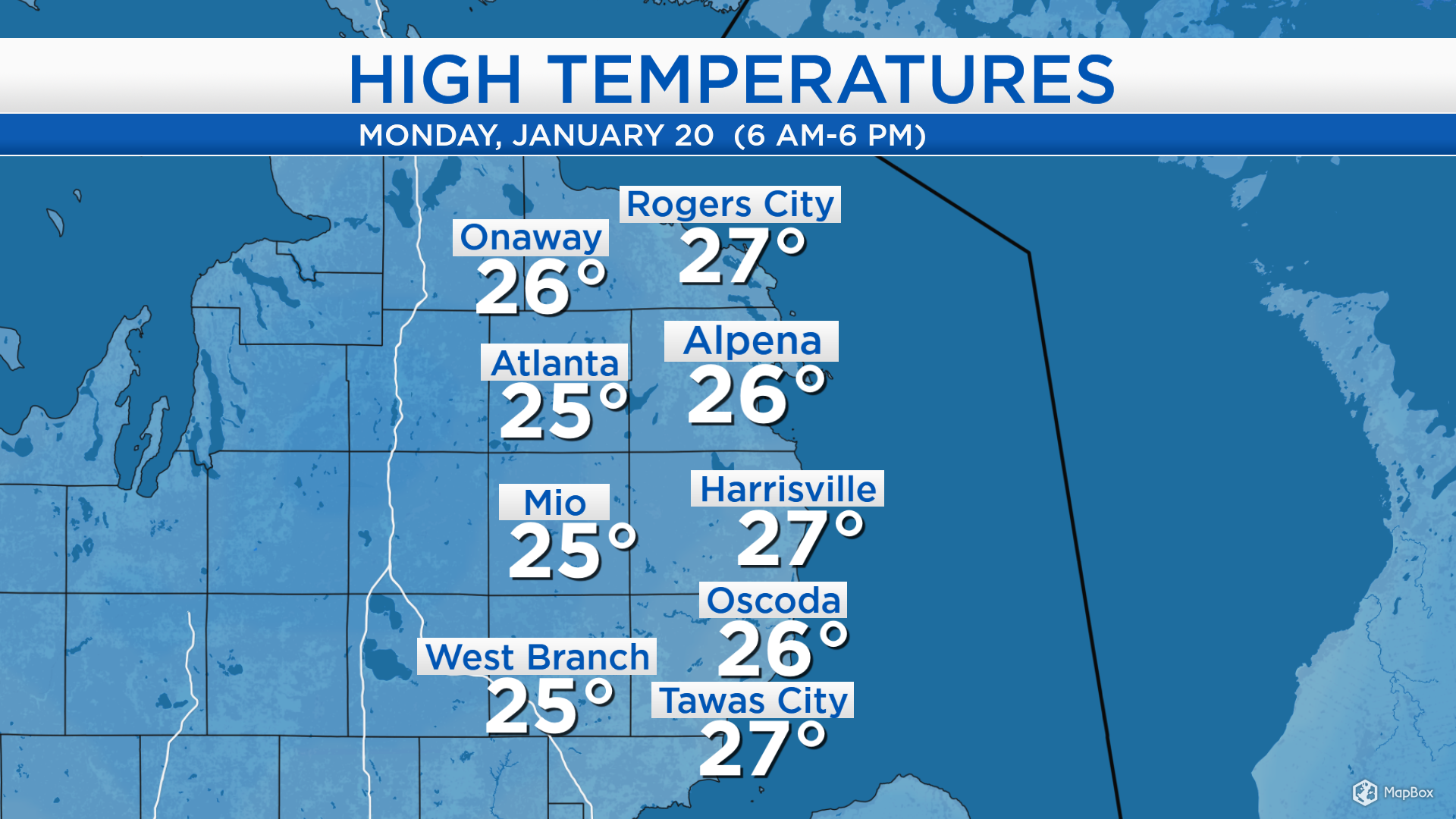 The low temperature early Monday was about 15 degrees below ‘normal.’ It won’t be as cold early Tuesday — but all the ingredients for a very cold night are in place. Clear skies, light wind, and a thick depth of freshly-fallen snow all contribute to sharply dropping temperatures at night. 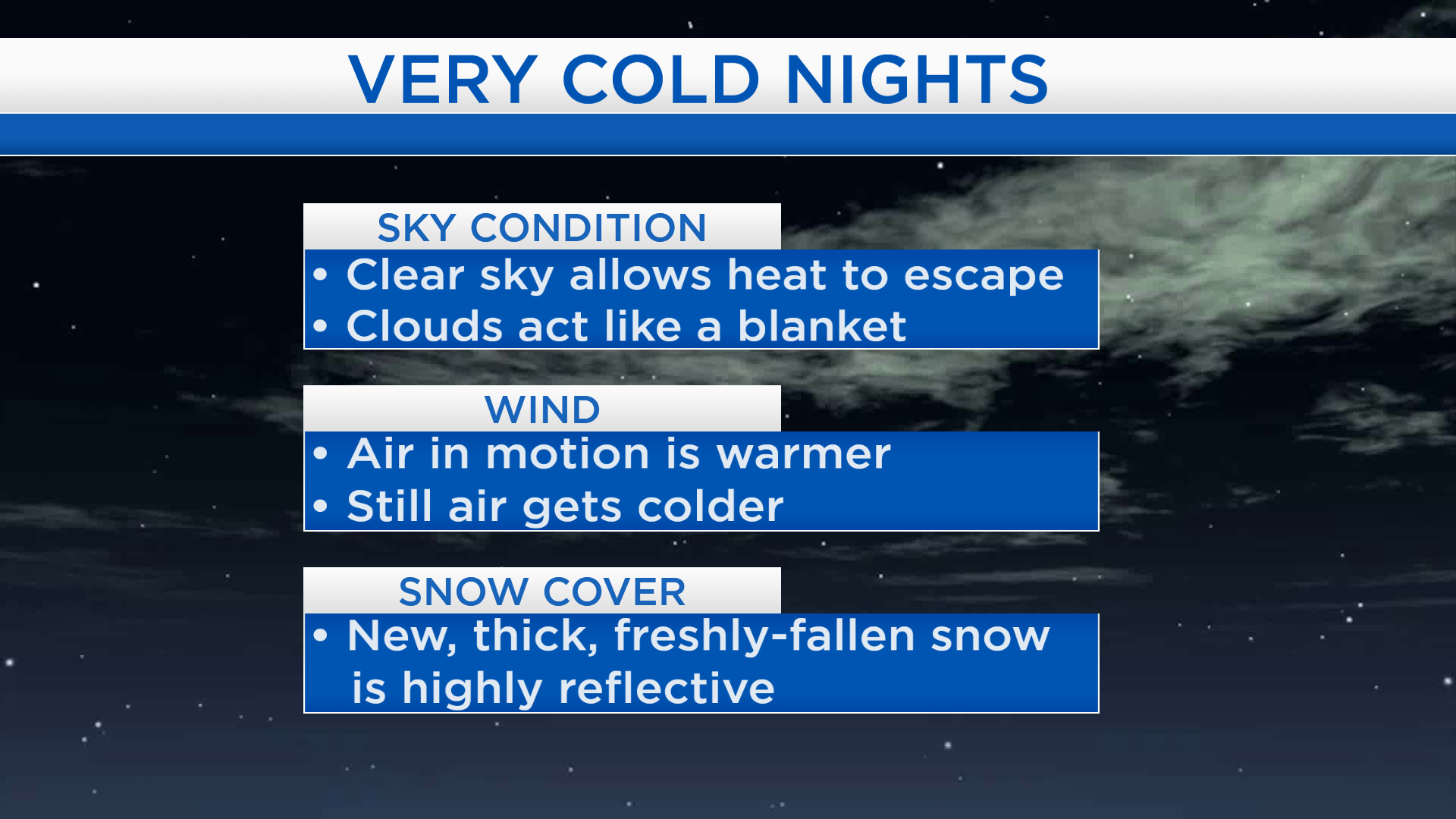 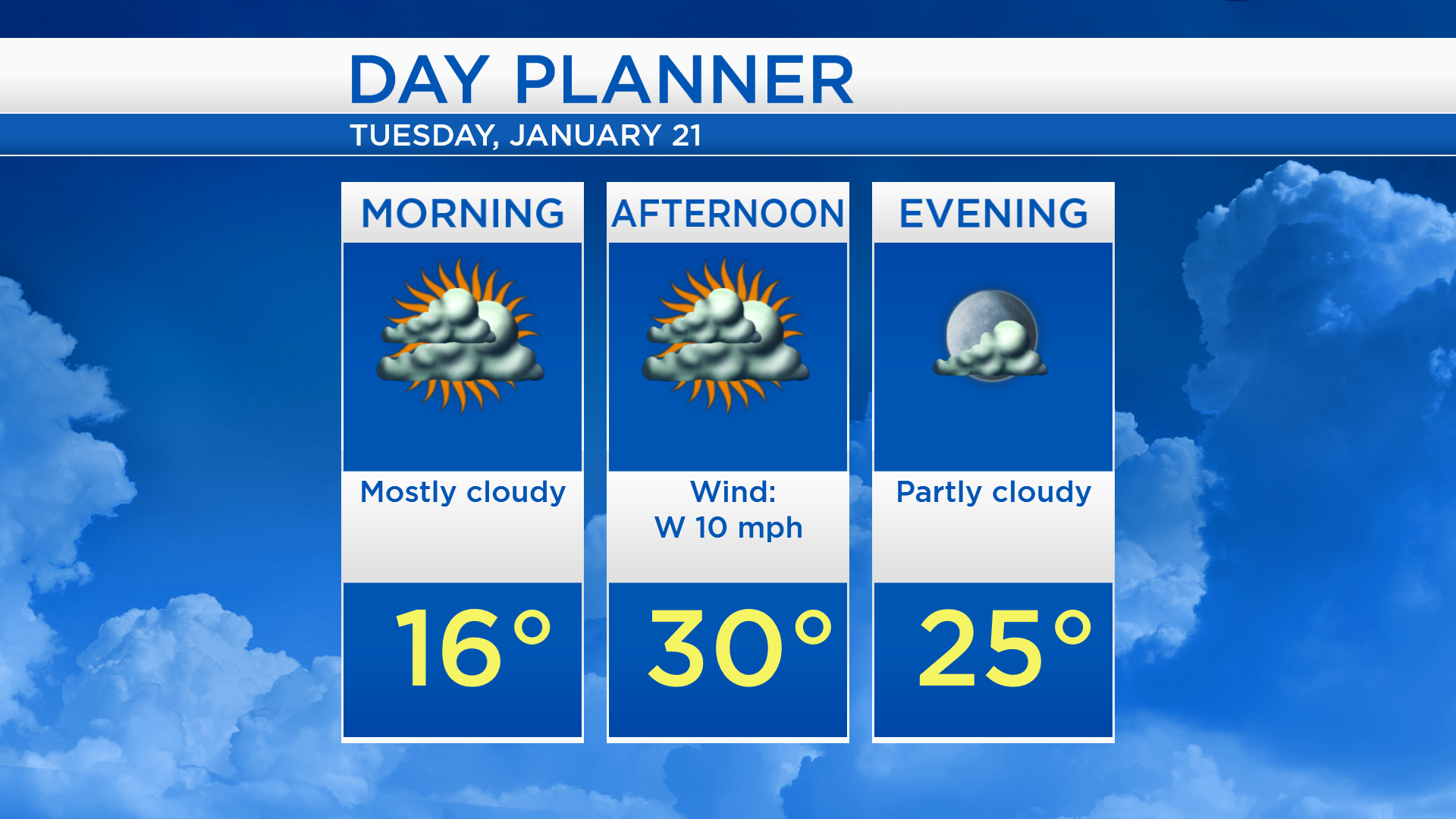 High temperatures will be near 30 degrees Tuesday afternoon. Winds out of the southwest will pick up Tuesday night, and low temperatures will be milder early Wednesday. Brighter skies are expected for the first half of Wednesday and high temperatures will reach the middle 30s. Snow showers will move in Thursday. Flurries or drizzle will be possible Friday but amounts will be very light. For the rest of Northeast Michigan’s weather forecast, watch the latest weather video by clicking the weather tab at the top of the page. 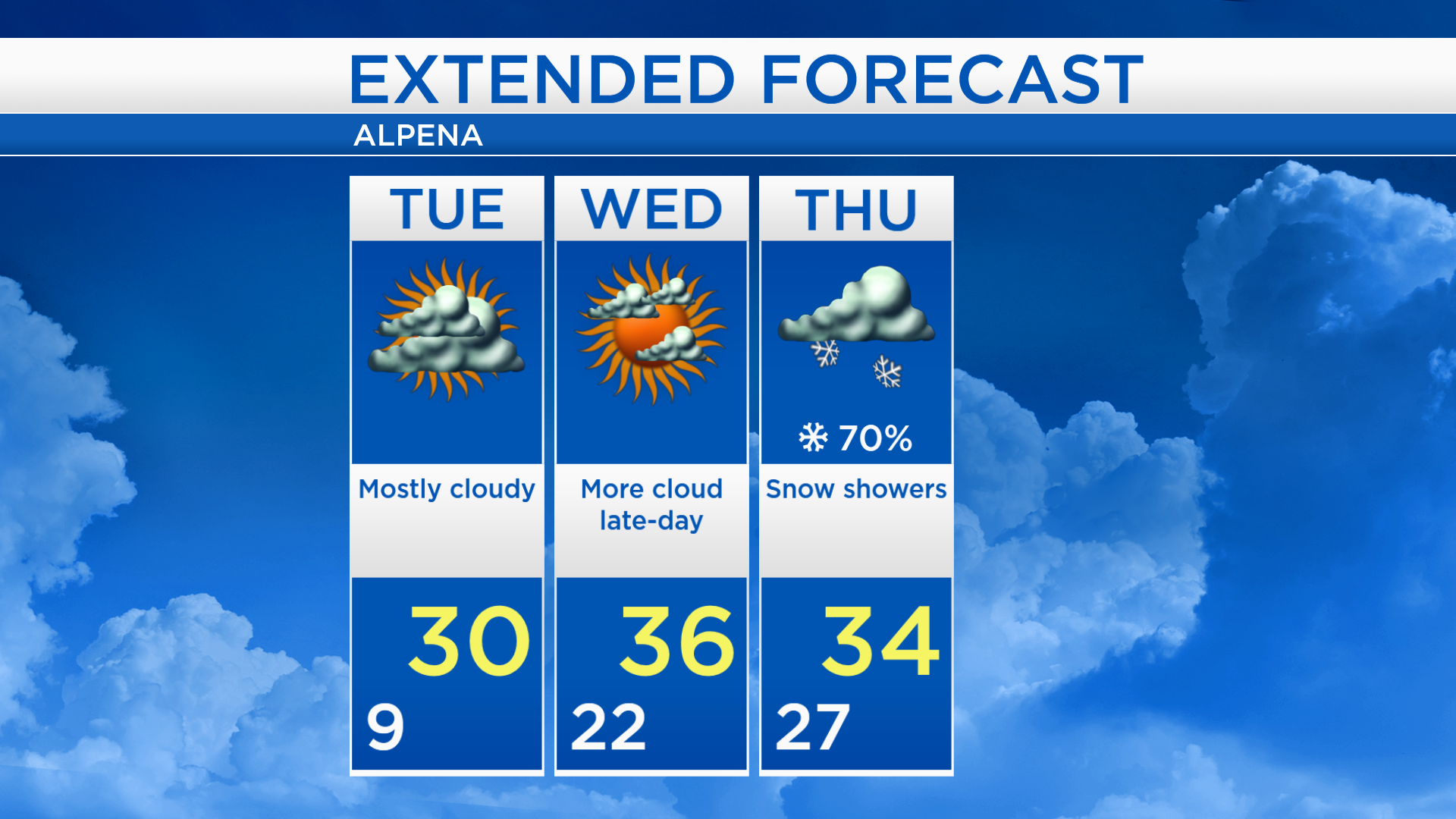