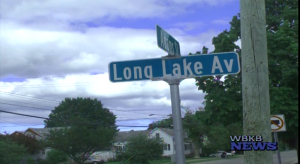 Alpena City Council has put the breaks on a truck route extension that would allow large trucks on Longe Lake Avenue in Alpena.  For the past 20 years large trucks have not been allowed on long lake avenue, keeping extra noise, dust and fumes from entering the neighborhood. Instead of driving down the road large tucks had to follow a truck route that requires them to travel many extra miles each way.

The final vote was three “no’s” and one “yes,” with Councilwomen Amber Hess saying she would have some serious concerns for the residents on the street if the modification passed.