Winds from the northwest have generated lake effect snow showers off of Lake Huron and Lake Michigan. On the edge of some lake effect snow bands, Alpena has gotten just a few on/off flurries. Periods of snow have been more persistent north and west of Alpena. As winds lighten and shift direction, the chance of lake effect snow in Northeast Michigan will shut off heading into early Wednesday. 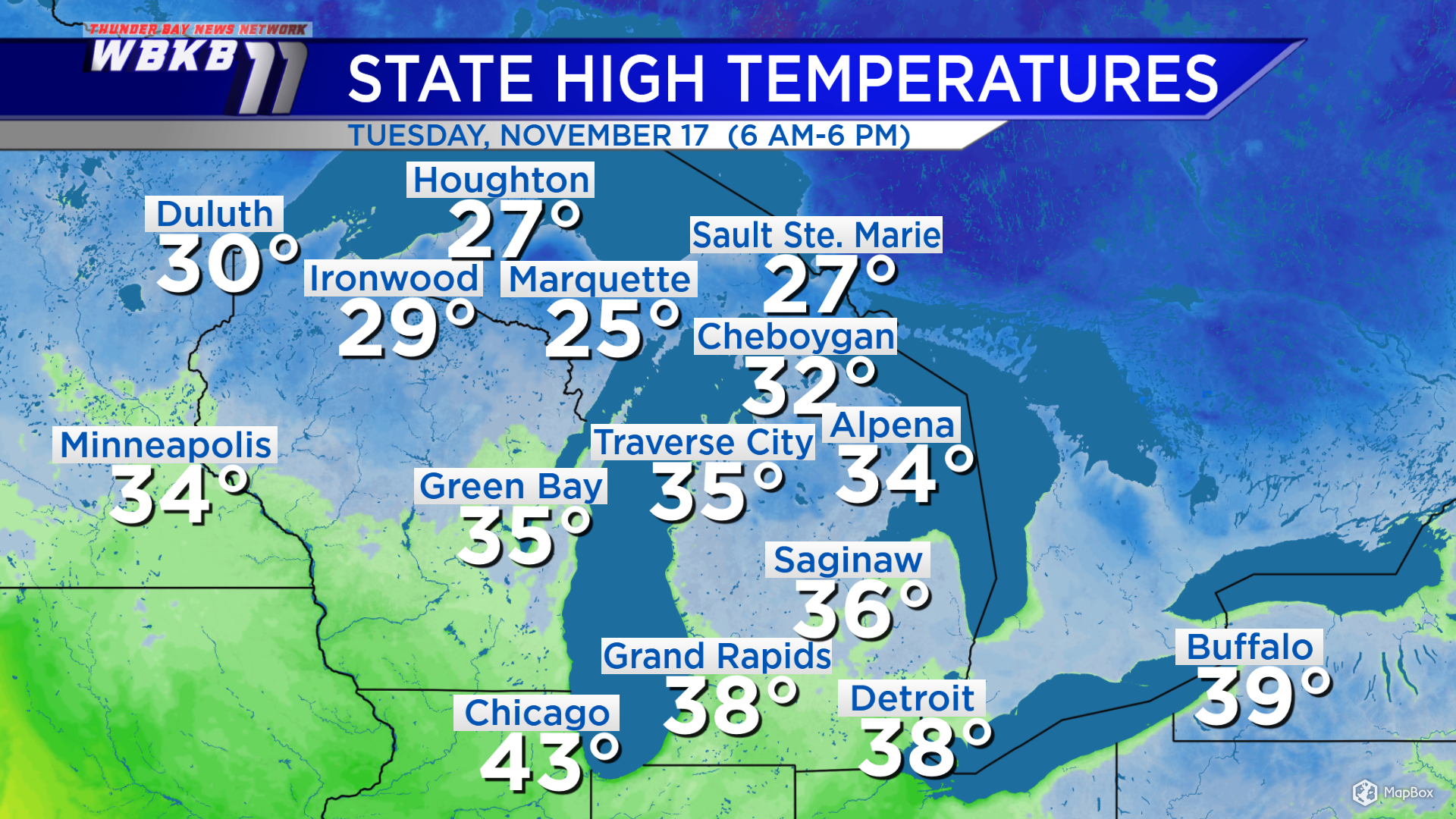 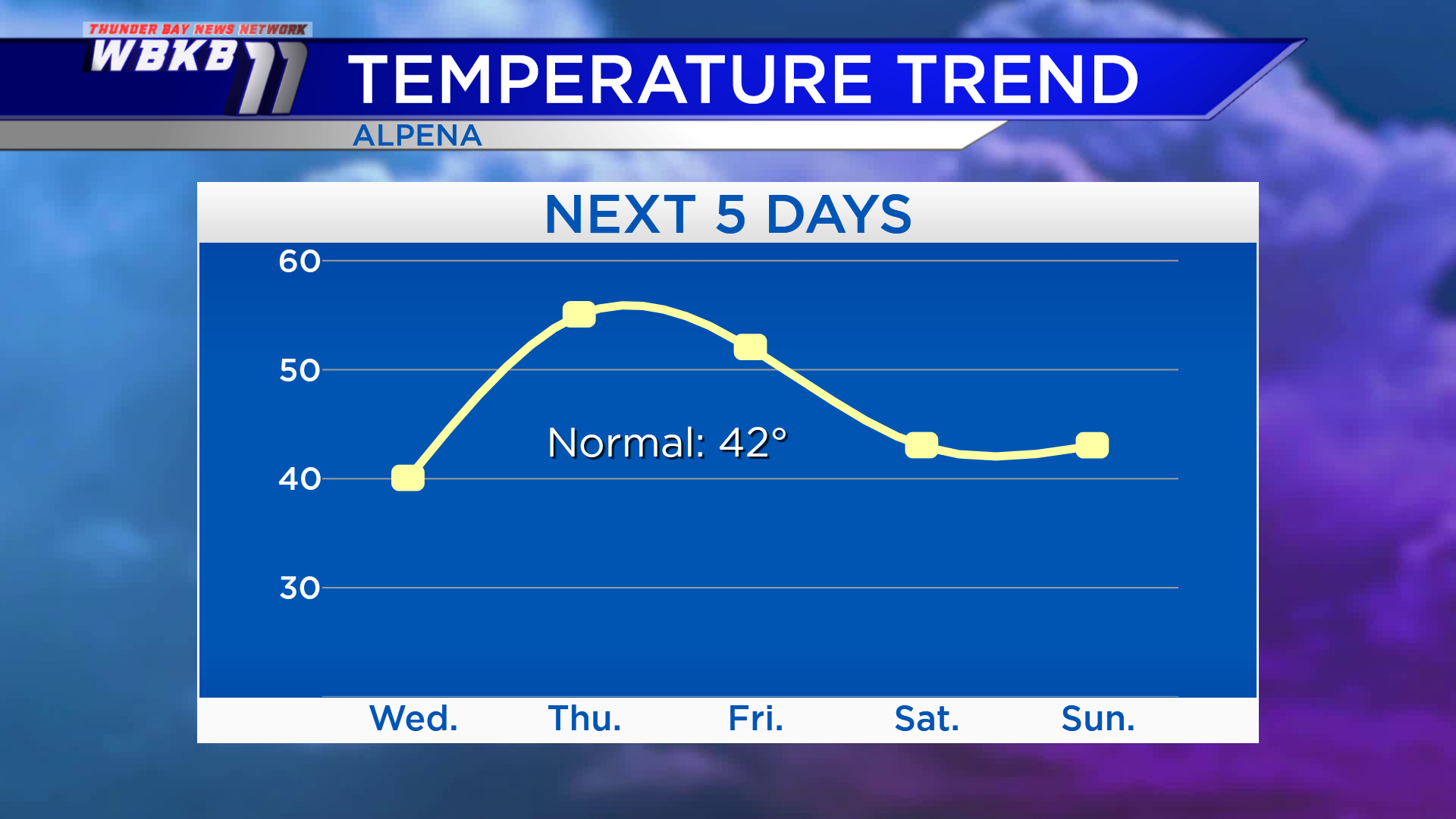 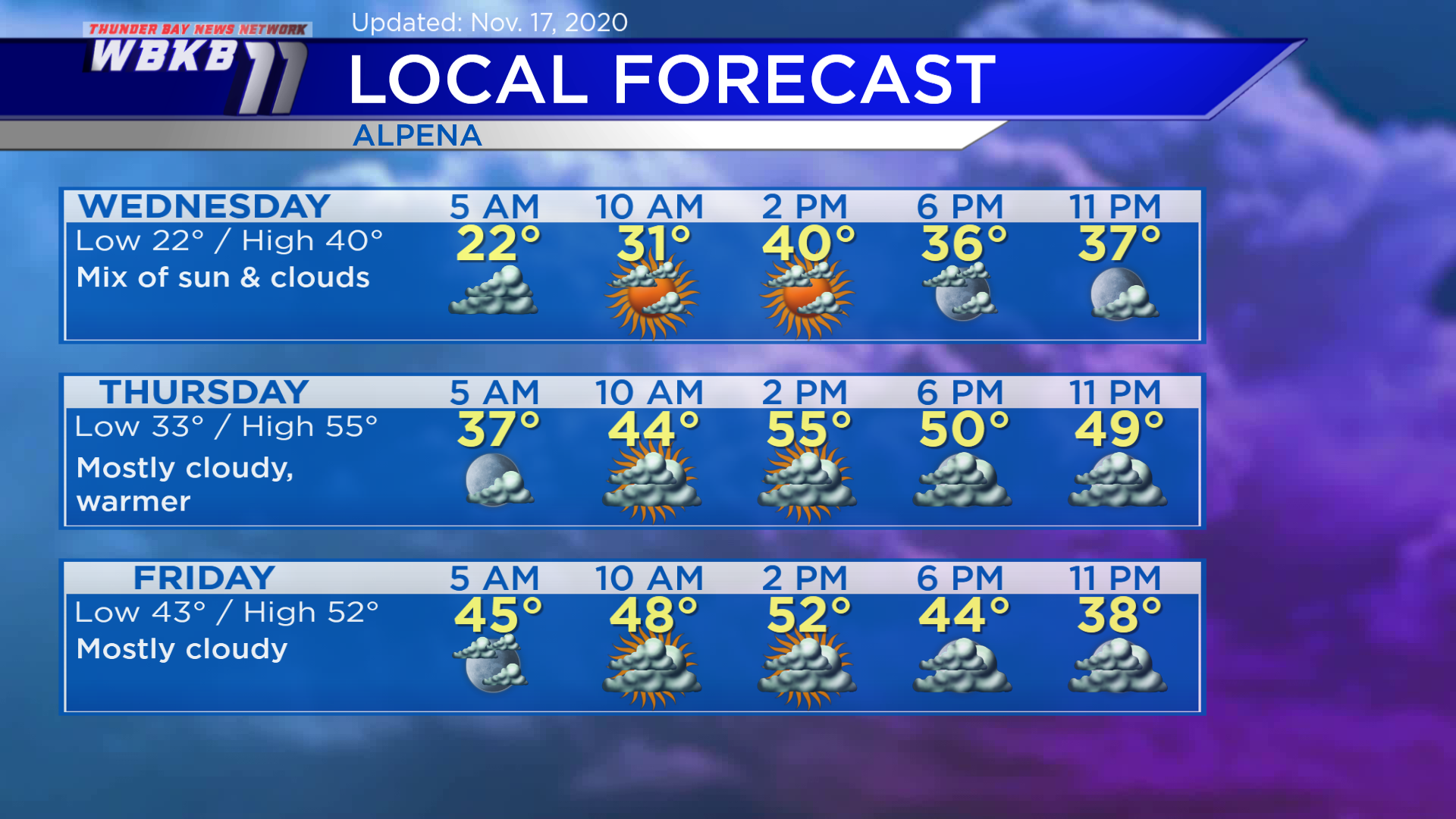