High temperatures Wednesday warmed to the middle 40s across Northeast Michigan. Temperature got up to 45 degrees in Alpena, 46 degrees in Saginaw, Mich. and 43 degrees in Cheboygan, Mich. Notice, though, temperatures in the western U.P. and northern Minnesota were several degrees cooler. There, highs reached 37 degrees in Houghton, Mich. and only 30 degrees in Duluth, Minn. Some of that cooler air will move in Thursday. 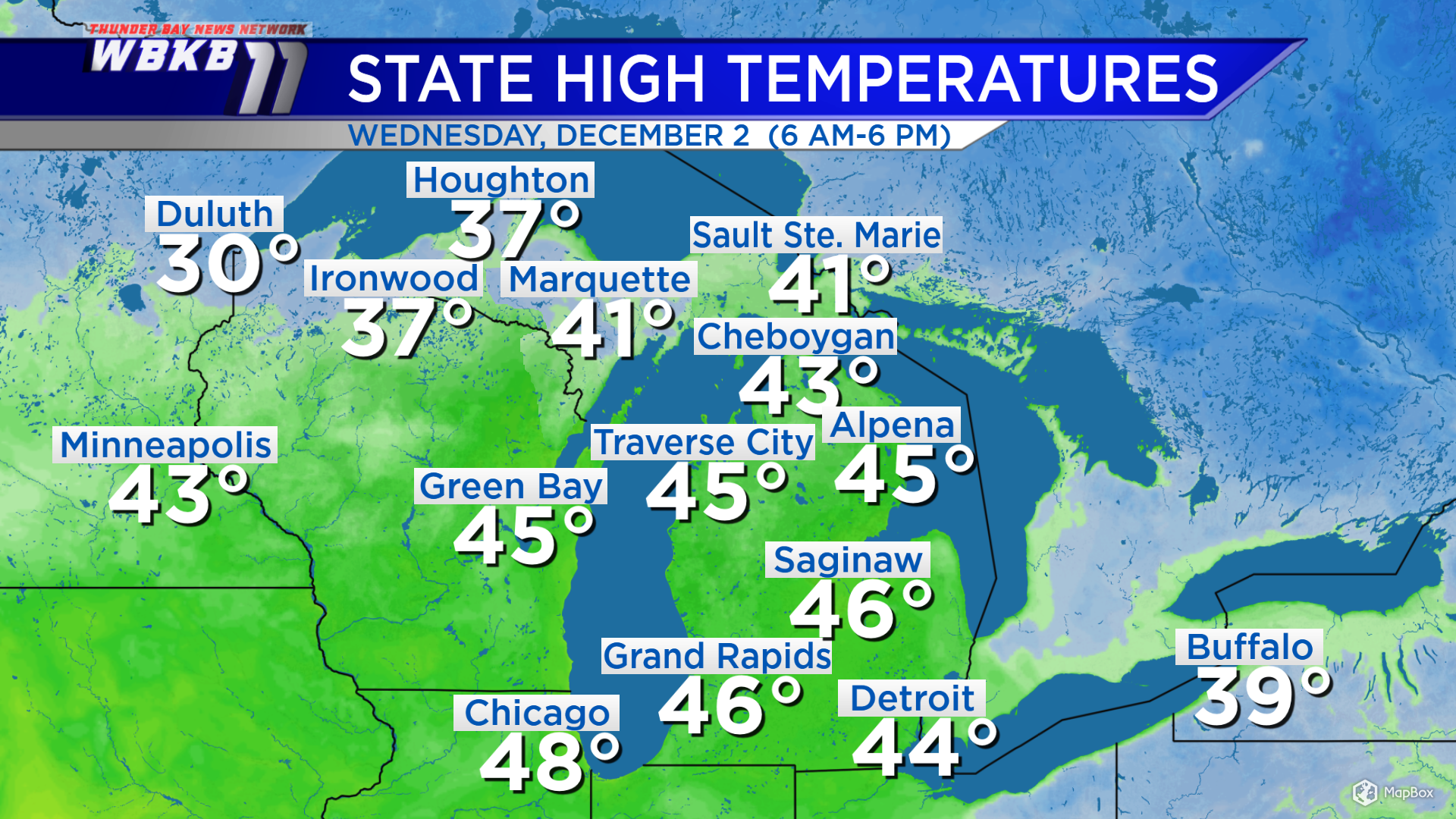 Tonight and Thursday morning are looking completely dry. A weak disturbance will drop in from the north. That will increase the chance of flurries in the afternoon and evening. The fact is, the chances aren’t particularly high. Medium chances here indicate the potential of some scattered hit-and-miss flurries during Thursday afternoon and evening. 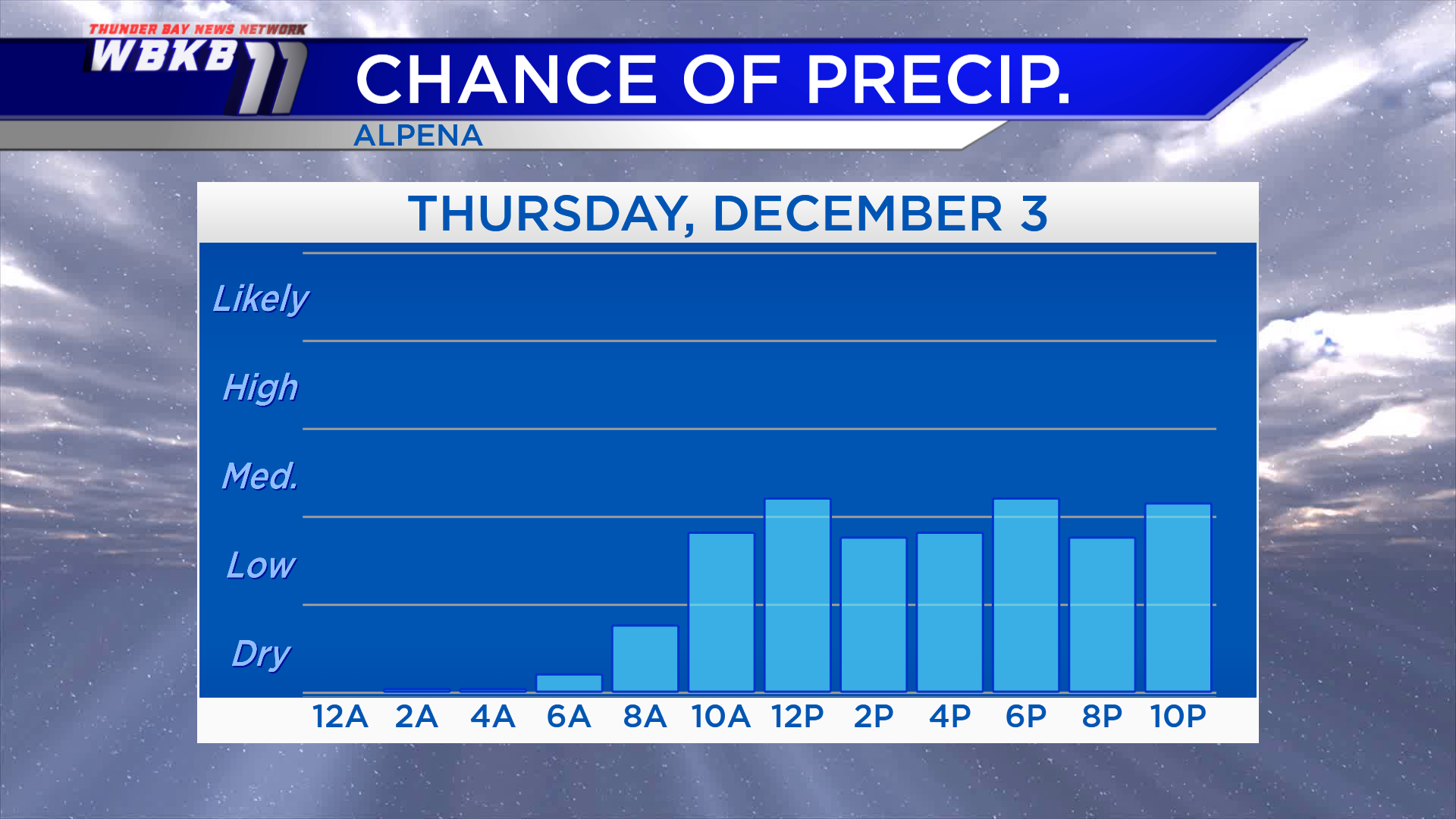 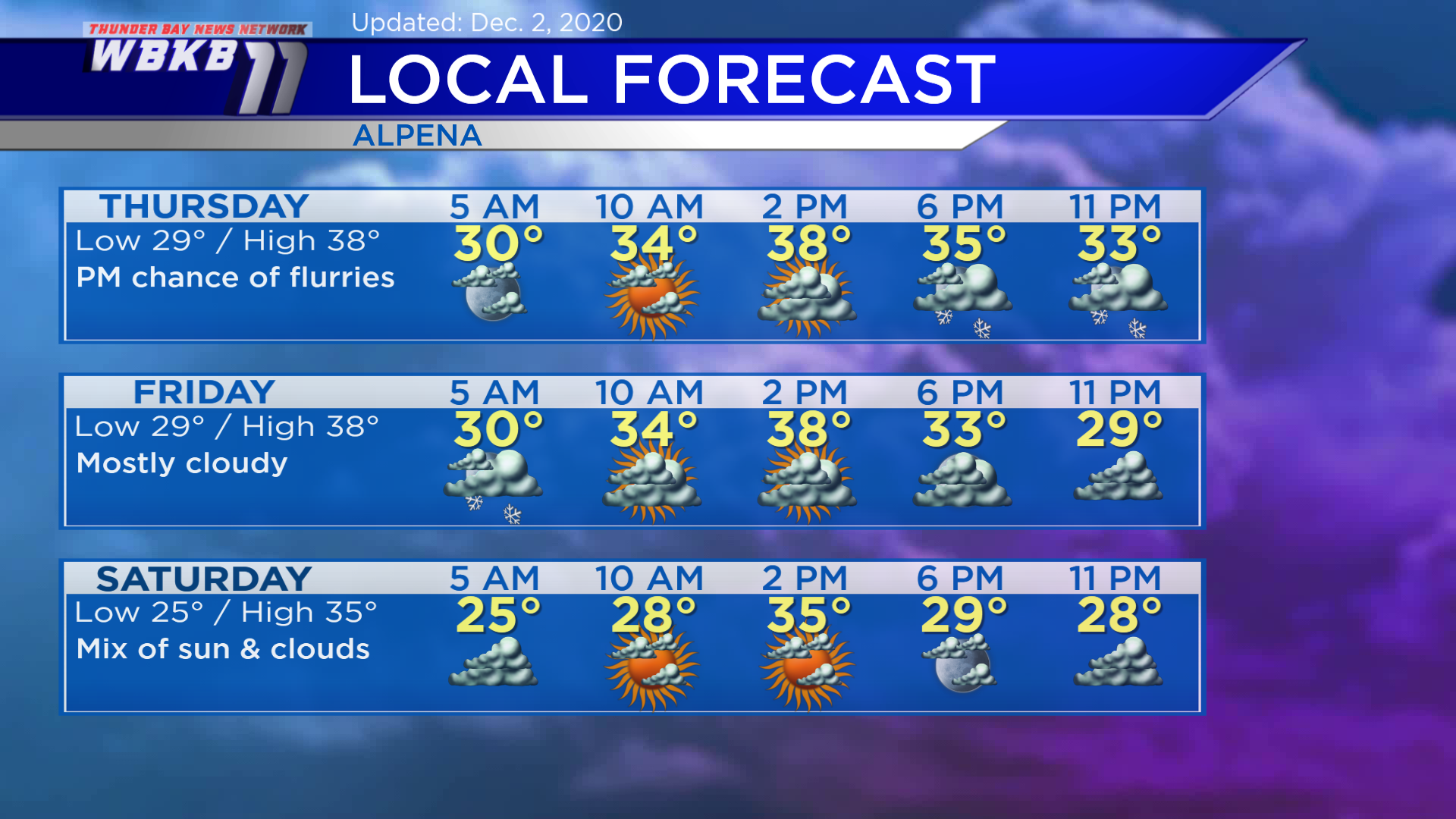