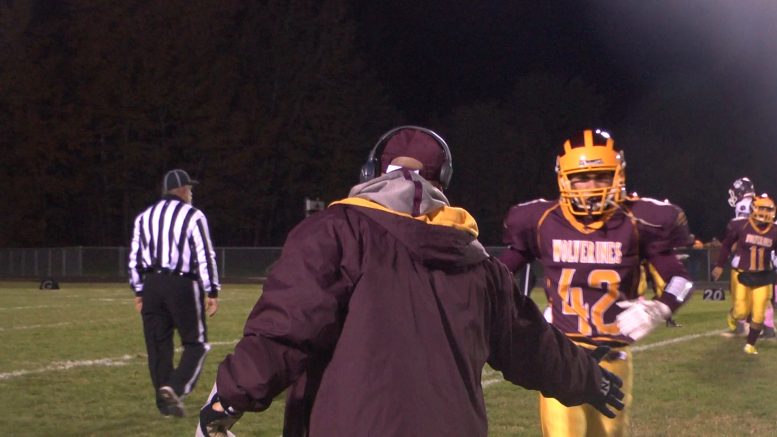 Head Coach Chad Zeien has been honored as a Regional Coach of the Year by the MHSFCA.

AU GRES — 2018 Au Gres-Sims head coach Chad Zeien was selected as a regional coach of the year by the Michigan High School Football Coaches Association (MHSFCA). He won the award after leading the Wolverines to an 11-1 season that included their first playoff win, first regional title, and a state semi-final appearance.

The MHSFCA is comprised of over 2,000 coaches that represent more than 600 school districts all across Michigan. Zeien credited his team and the hard work that they put in this season.

“One of the things that makes this award so special was the ability to do it with my son, Caden Zeien,” coach Zeien stated. Caden has also received Player of the Year honors from the Bay City Times and MLive.

As a result, Coach Zeien is eligible to be crowned State Coach of the Year. The MHSFCA Board of Directors will meet in December to determine a winner.

Zeien is 100-76 over an 18 year head coaching tenure at two school districts. In the 2018 season Au Gres won the North Star League and the Midwest Central League, Eastern Division.

“Extra Innings” Final Results: See The Winners For Top Play Of The Week!