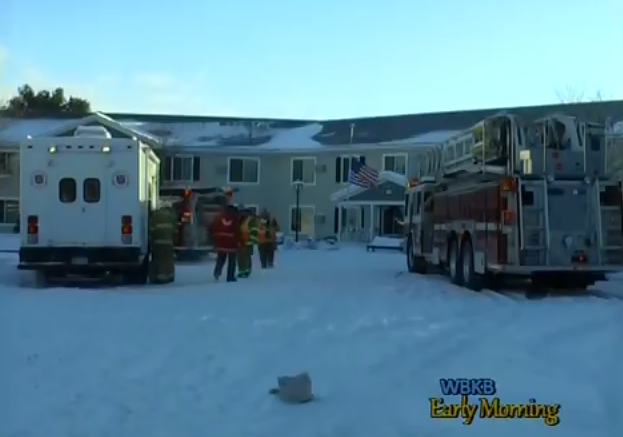 We have an update for you on the senior living apartment fire that happened on Sunday morning.

According to property director Nancy Repke, the fire initiated on the second floor of Carriage House, causing two people to be treated on–scene for smoke inhalation. The source of the fire is still under investigation.

As some of the second floor units are currently considered “unlivable,” some residents called family and friends, while others were transported to the Day’s Inn for a single night’s stay paid for by the owners of Carriage House Apartments.

The Red Cross helped the cause by distributing vouchers to help pay for lodging and food during this time, however, some displaced residents without family in the area are concerned about where they will stay if their units remain unlivable longer than the vouchers can provide for.

“Don’t tell me you can’t pay for every night that we are here at the Day’s Inn,” I said, “you should be able to handle this no problem,”’ one resident expressed about the situation.

Repke says it is too early to decipher when the second floor residents will be able to return to their homes, but contractors were on the property yesterday assessing the damages. Repke adds that they have been in contact with the displaced individuals, and will continue to do so until the displacement is over.