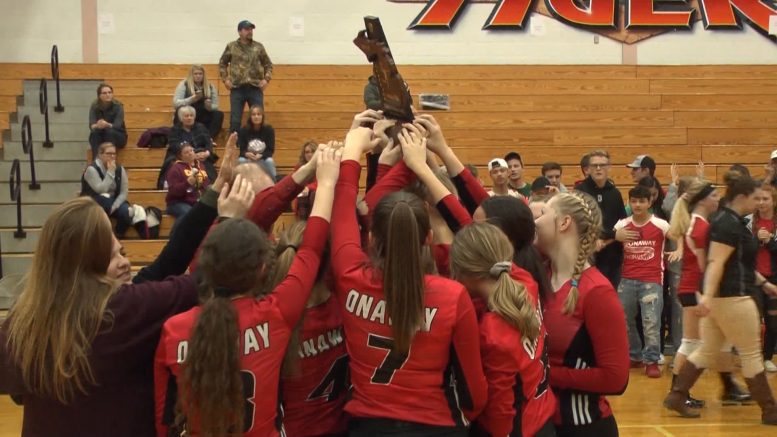 HILLMAN, Mich. — Breya Domke had herself a night as she recorded 13 kills, three aces and five digs as Onaway captures their second consecutive Division IV district title. Cardinals took all three sets over the Posen Vikings by scores of 25-11, 25-7 and 25-21.

“Anytime you can take hardware home and put it in your trophy case is fun,” said head coach Steve Watson. “Winning never gets old, so it’s enjoyable to do what we did tonight and over the last few days.”

Cloe Ehrke finished with four kills and eight digs and Mallorie Neelis had 18 assists along with her four aces and four digs.

Onaway will be in Cheboygan on Nov. 12 as they square off with Pellston in regionals. First serve is at 5:30 p.m.

Vikings Look to Bring a District Title Back to Posen