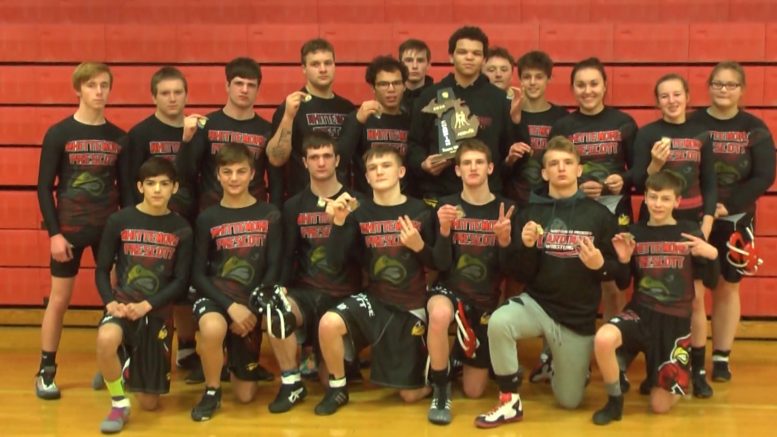 In the final round, it was a back and forth match between these two schools as Whittemore-Prescott was leading 24-21. However, Jesse Allan was able to widen their lead. In the 152 pound match, Allan recorded a pin on Oscoda’s Chris Cummings in 40 seconds. From there, the Cardinals were able to pull away and defeat the Owls 48-24. With the victory, Whittemore-Prescott has won back-to-back District titles.

It feels great to win another District title,” said Russell Wilson II. “We’ve been putting in the work all week. We knew it was going to be close, and we managed to get it done.”

As a team, the Cardinals will be in Roscommon next Wednesday to compete in Regionals. Last year, Whittemore-Prescott came up short in the Regional finals, losing to Leroy Pine River 45-27.