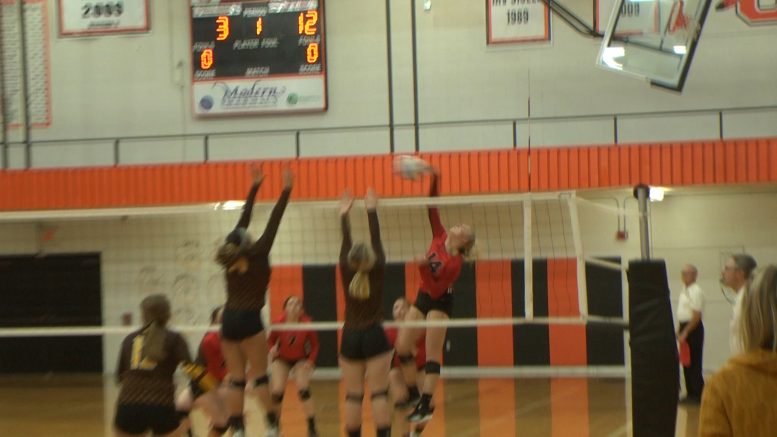 CHEBOYGAN, Mich. — The Onaway Cardinals volleyball team get the sweep as they defeated Pellston in three sets by scores of 25-14, 25-19 and 25-20 in a Division IV regional semifinal match. This was the type of performance that Onaway coach Steve Watson was hoping to see from his team and look to carry that momentum moving forward.

“It’s what we came here to do, said Watson.” “Everybody comes to win and you’ve got to go out (and) show up. I think we played really well tonight.”

Onaway returns to Cheboygan on Thursday as they take on Rudyard in the Division IV regional finals. First serve is at 6 p.m.