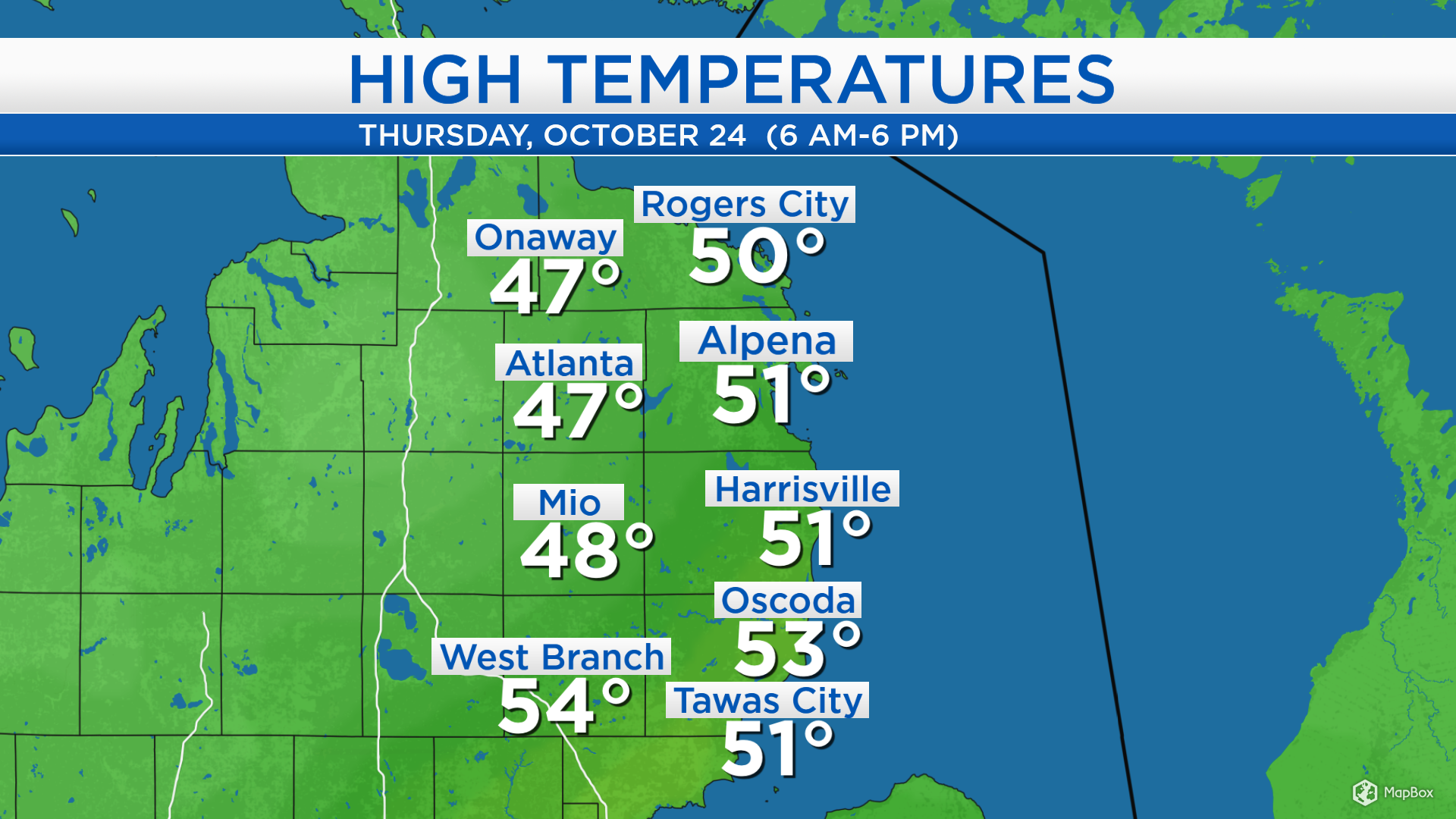 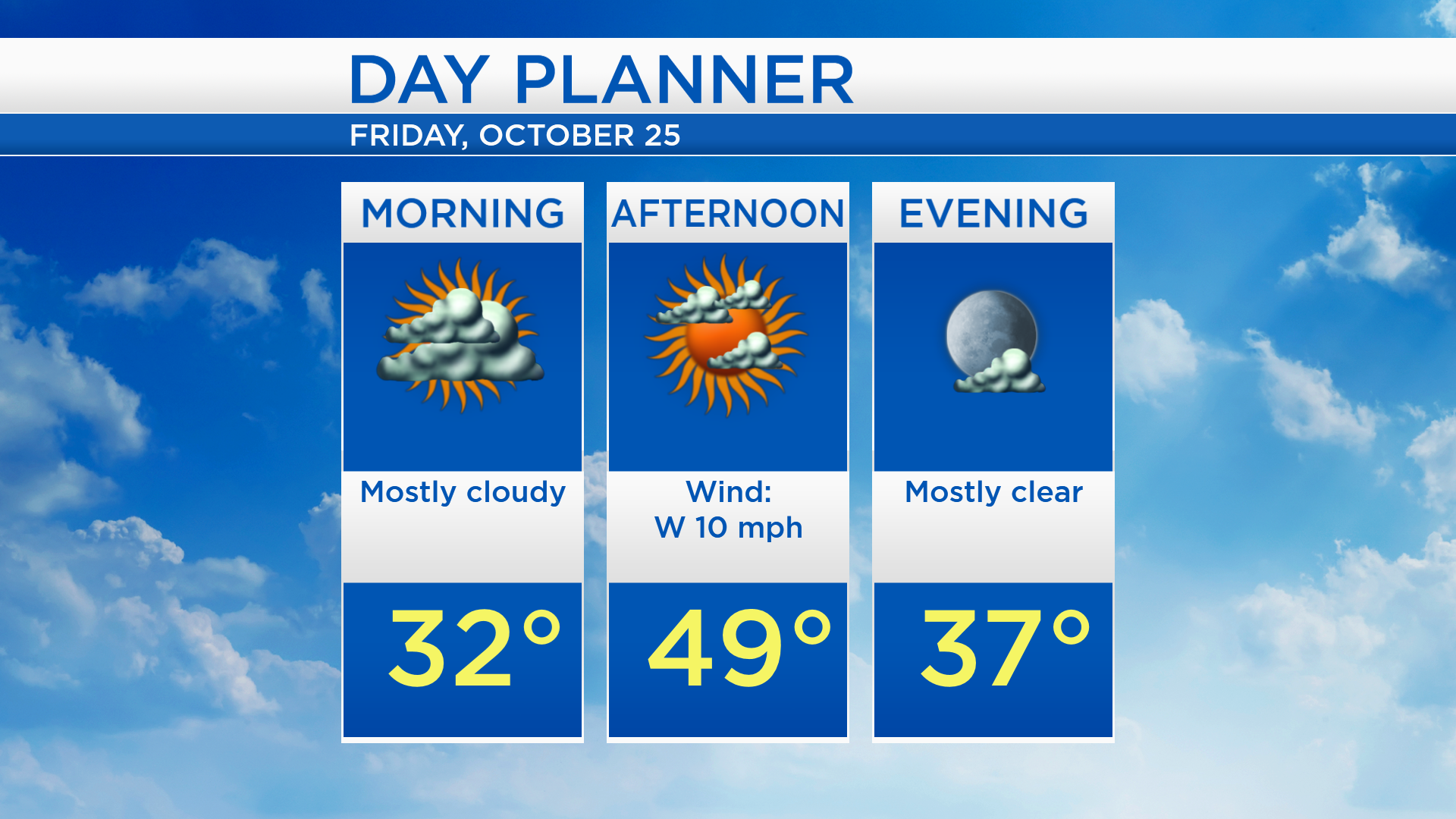 For tomorrow’s high school football game of the week, skies will become mostly clear. Temperatures at kickoff will be in the lower 40s, and cool to the middle 30s near the end of the game. Jackets and sweaters will be needed for the cool temperatures, at least wind speeds will remain light. 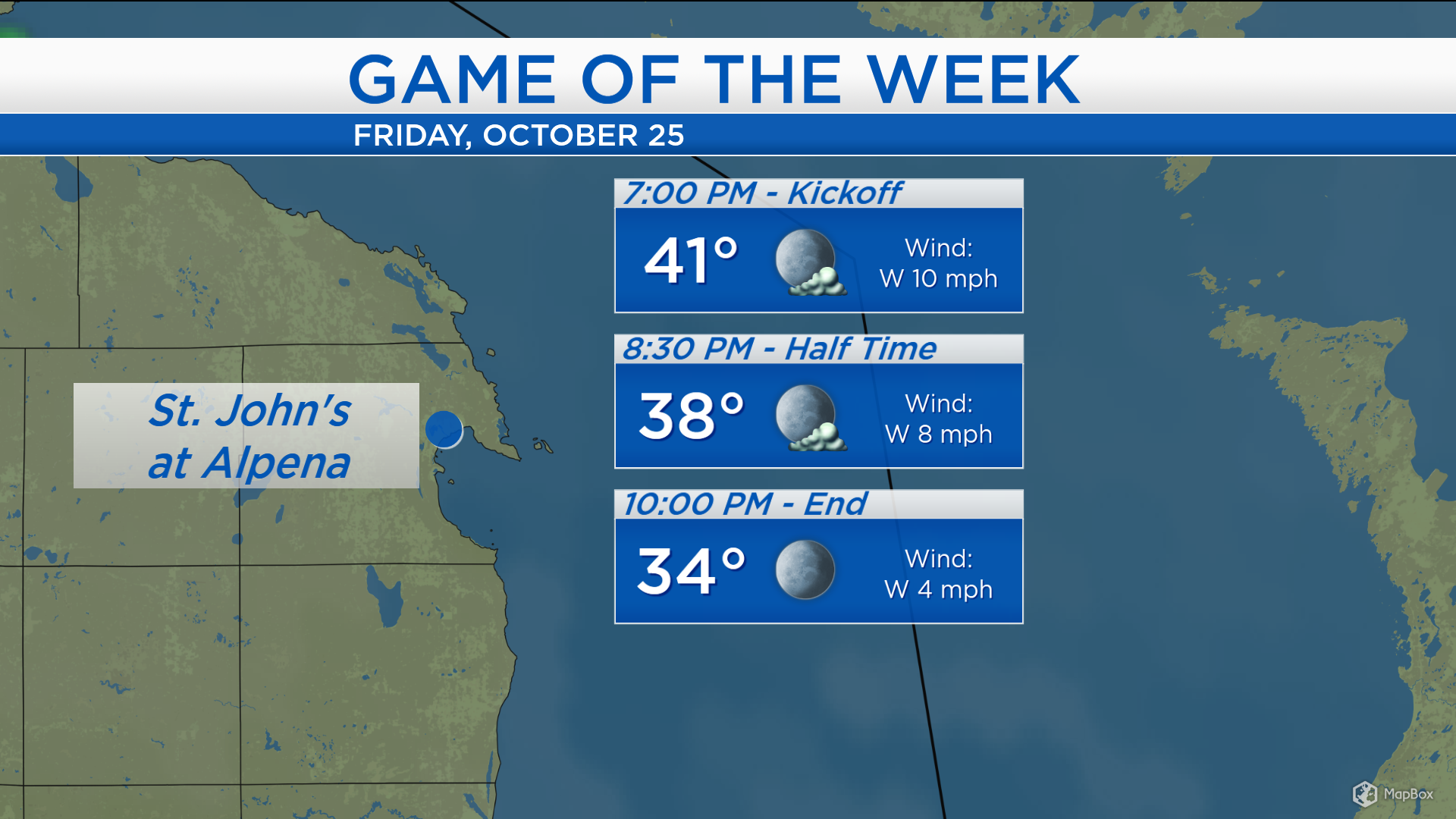 A storm system coming from the Deep South will bring a likely chance of rain to most of Lower Michigan beginning late Saturday. A very preliminary forecast for this weekend shows about 0.5-1 inch of rainfall from Alpena to Traverse City, and Houghton Lake to Cheboygan. Heavier rainfall amounts are likely south of Alpena, where rainfall amounts exceeding 1 inch are forecast from Harrisville to West Branch to Saginaw Bay. 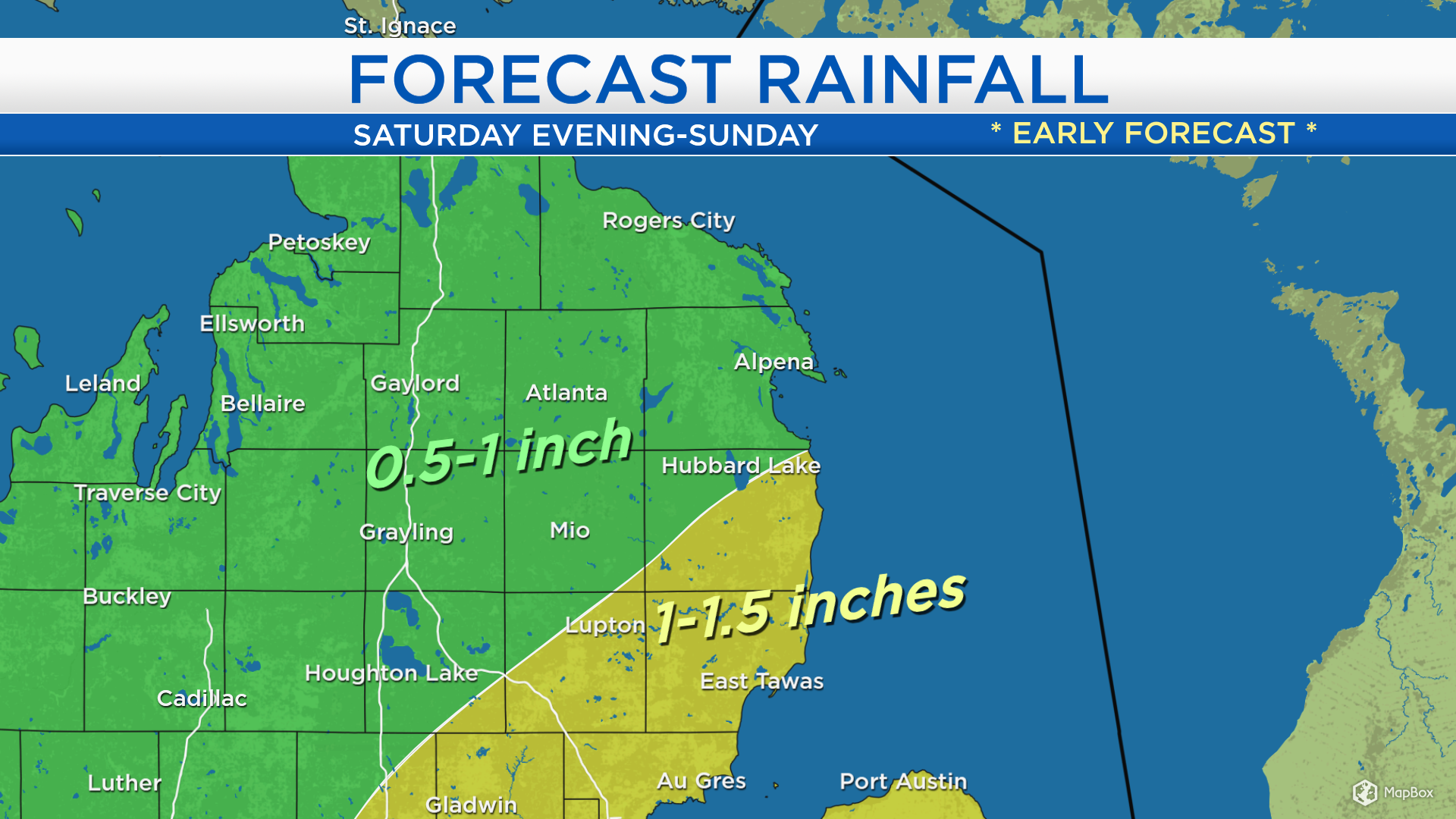 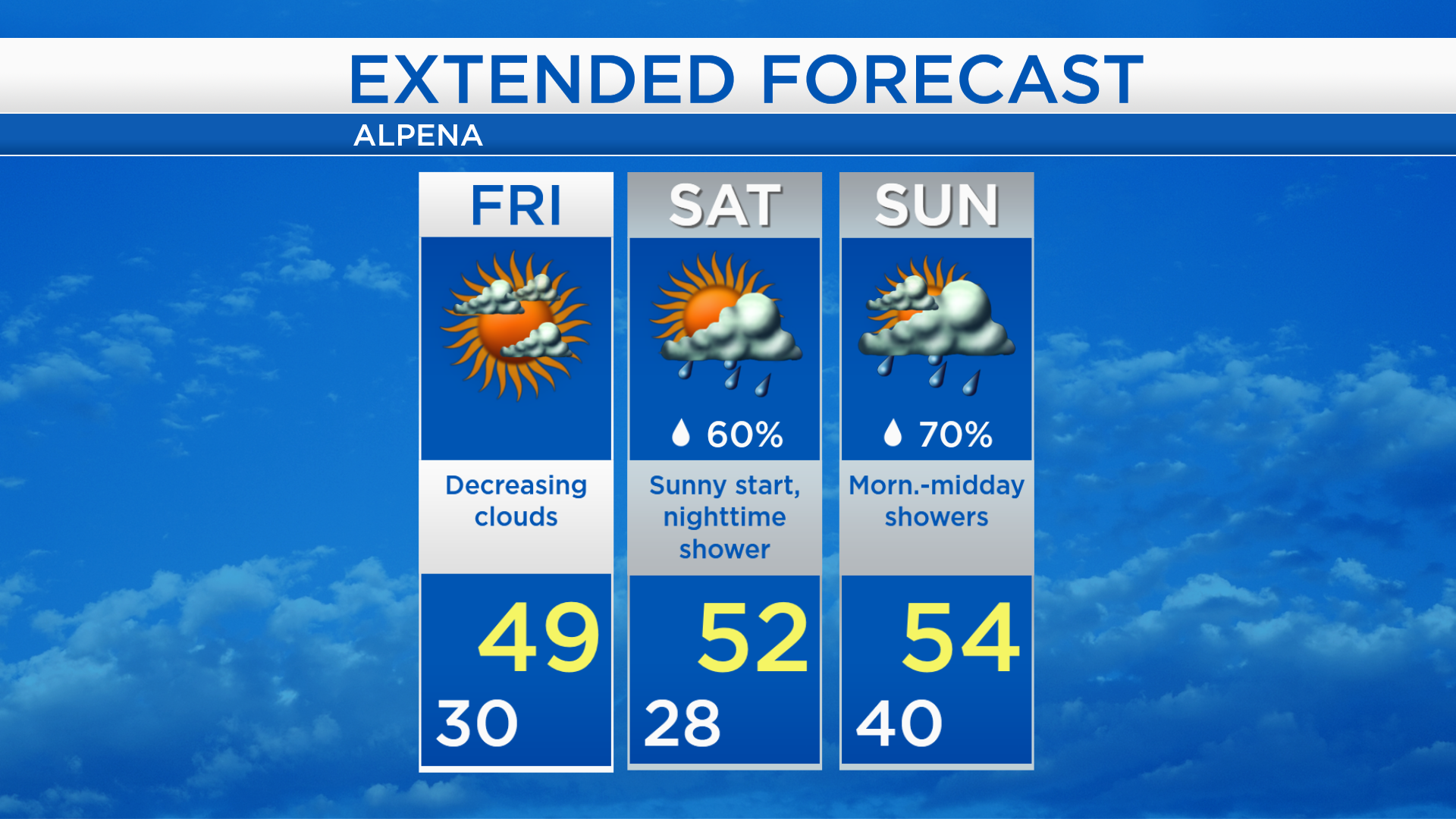