The high temperature reached 34 degrees in Alpena Tuesday, slightly below the long-term normal for the start December. Elsewhere across the Midwest, highs reached 42 degrees in St. Louis and 48 degrees in Omaha, Neb. Some of that warmth is heading in our direction Wednesday. 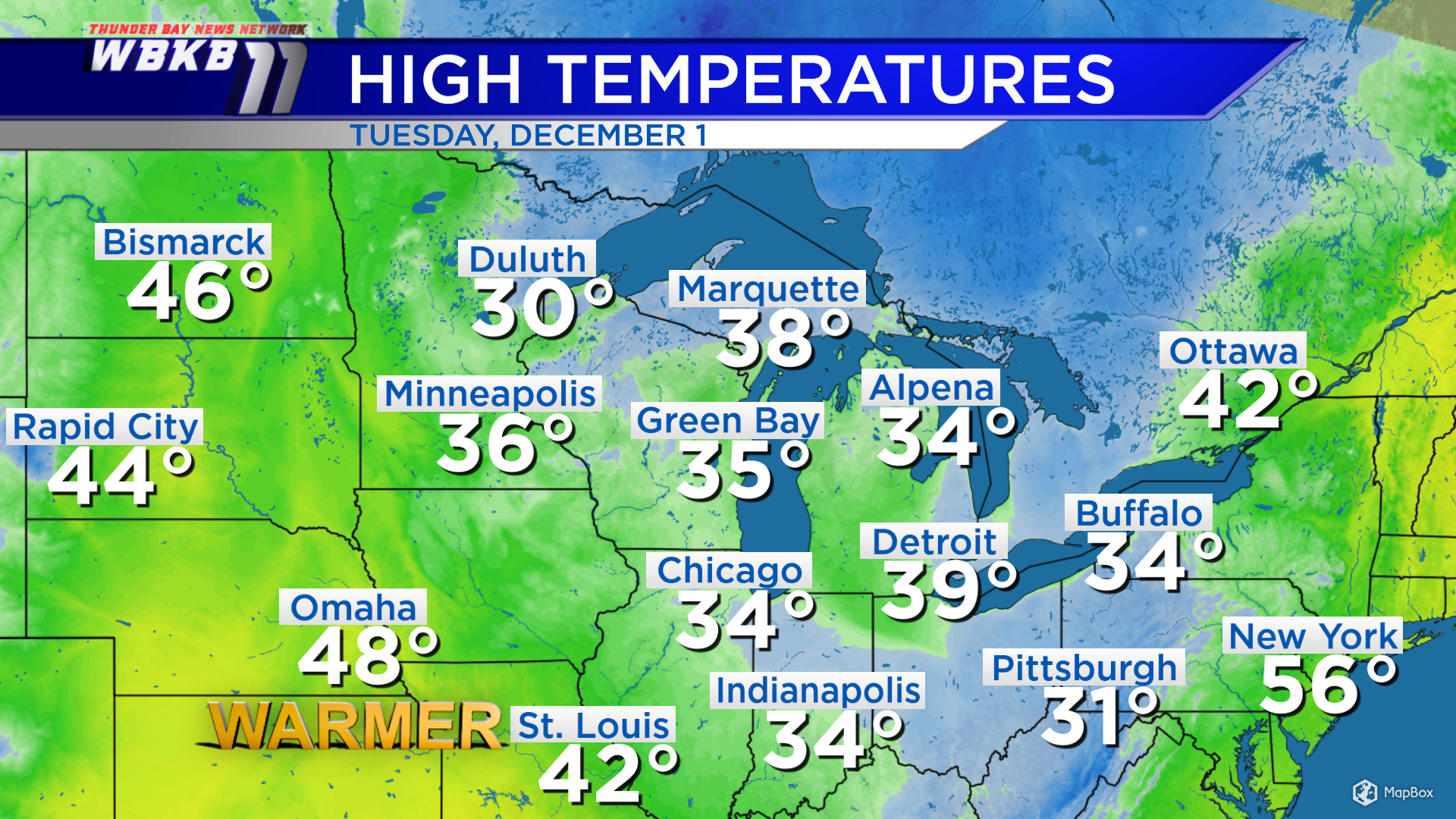 Friday: Mostly cloudy. Predawn lows will be near 29 degrees. Afternoon highs will climb to about 38 degrees. Evening temperatures will get close to 30 degrees. 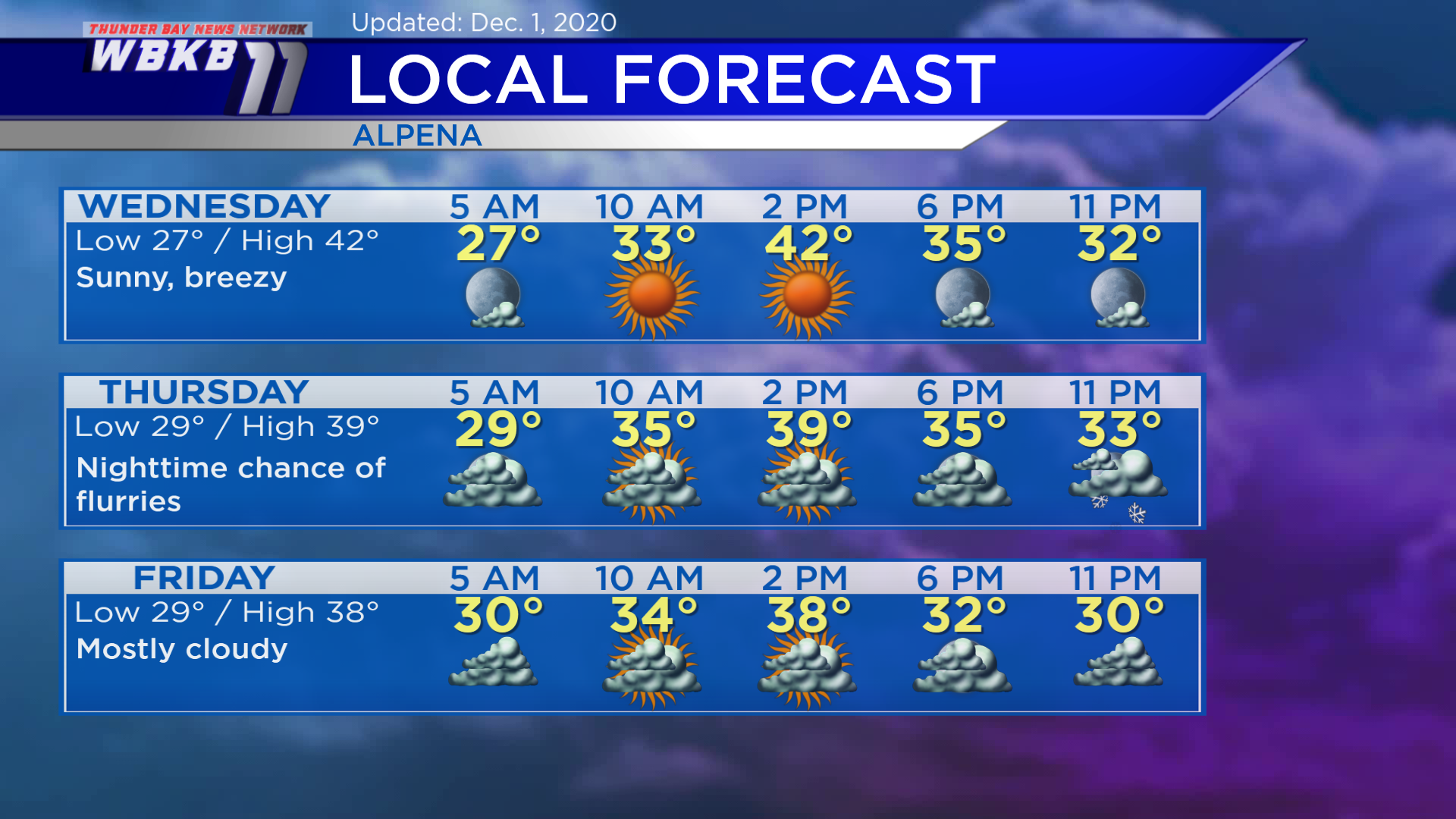 Looking back at November — Temperatures were impressively warm. The average of all the daily highs was 52 degrees, which is 9 degrees above the long-term normal. November 4 and November 9, 77 degrees tied the warmest temperature for the month of November on record at Alpena airport. Low temperatures were also above normal, the average was 33 degrees throughout this past month. In part due to the warm temperatures, total snowfall measured exactly 4 inches, roughly half the normal amount for November snowfall. 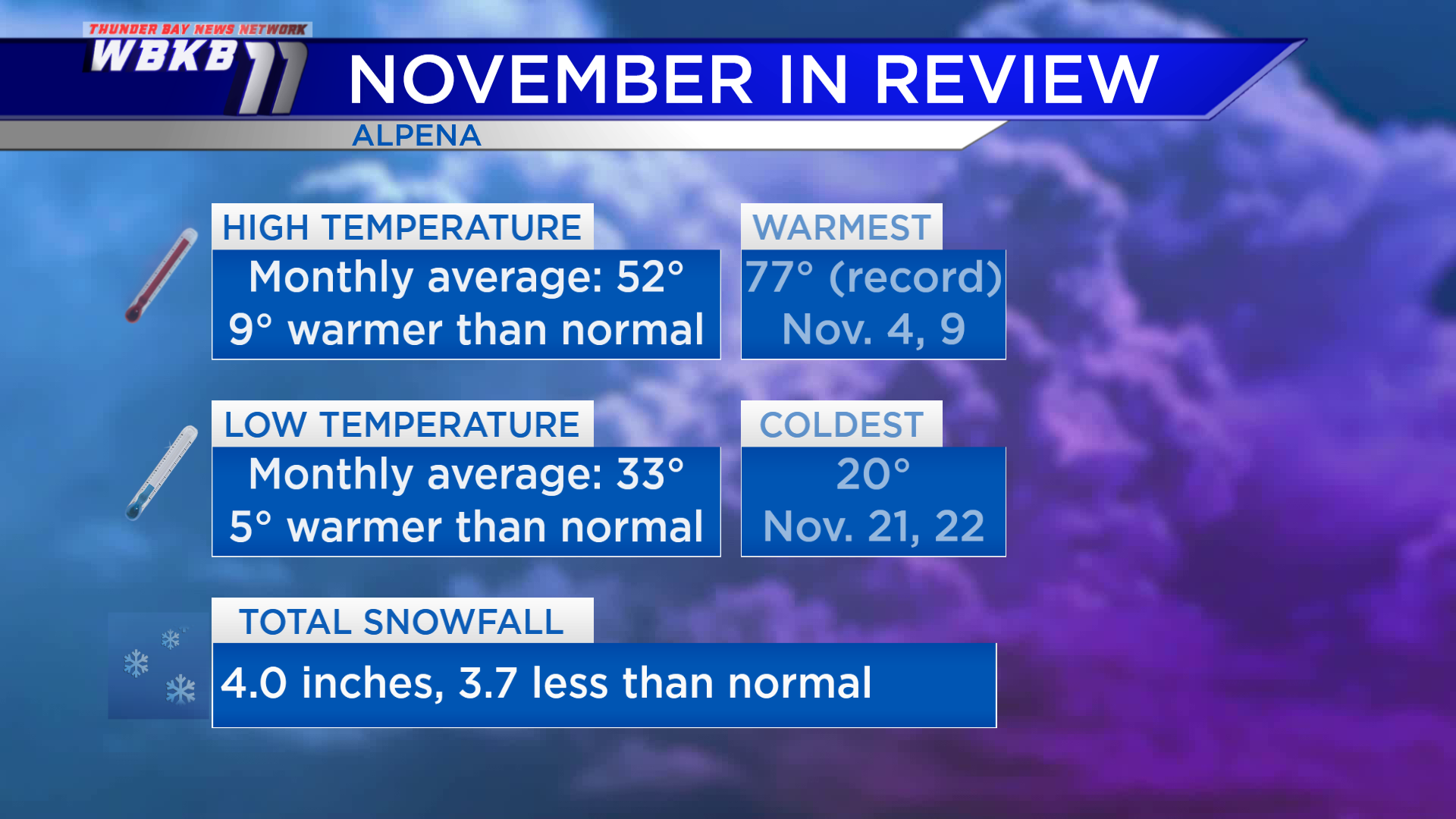 An eight-day-long stretch of temperatures way above normal led to the impressive warmth reflected in the monthly average. High temperatures Nov. 4 through Nov. 11 warmed to the 60s and 70s, some 15 to 30 degrees above the long-term normal highs for those dates. 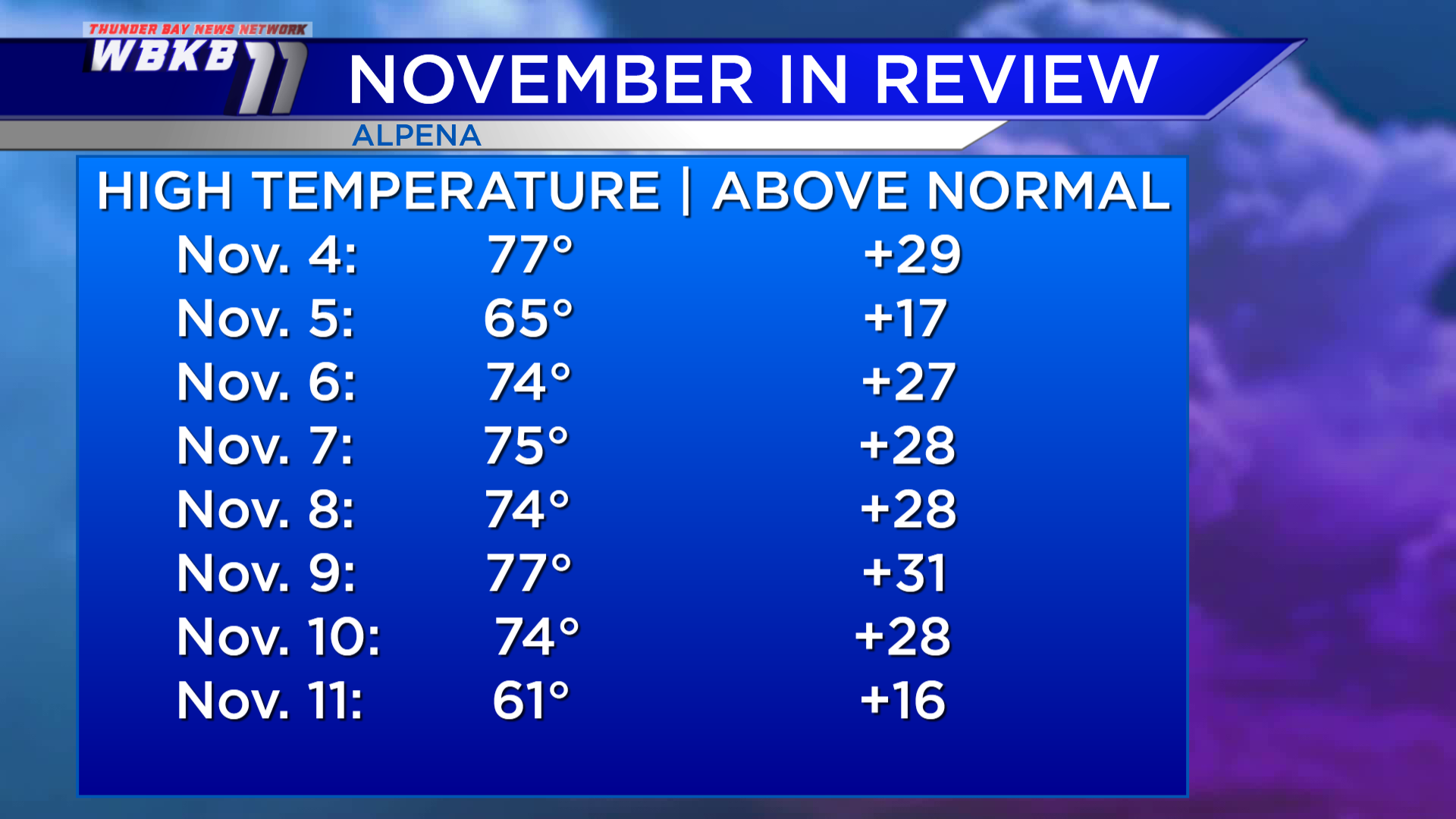 Rain and snow to end the week