Monday started with some patchy showers/flurries over Northeast Michigan. Drier air is moving in and shutting off any chances of showers/flurries. Tuesday will be dry although mostly cloudy. Brighter and warmer weather will arrive Wednesday. 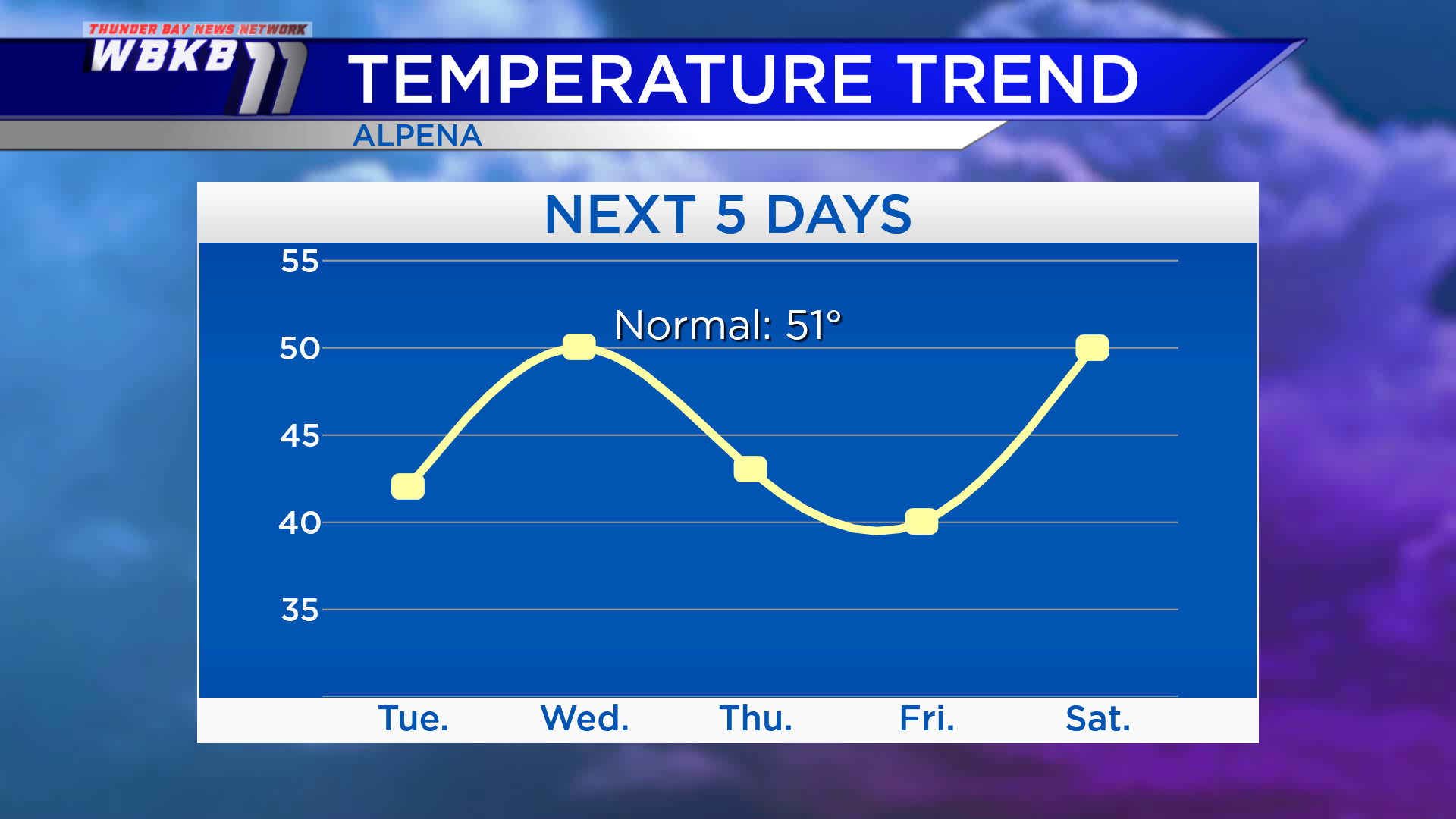 Hurricane Zeta — the 27th named tropical system of the season — will move over the Yucatan Peninsula Tuesday. It will head into the central Gulf of Mexico early Wednesday, likely remaining a category 1 hurricane. Late Wednesday, Zeta is forecast to make landfall somewhere between the central Louisiana coast and the western edge of the Florida Panhandle. After making landfall, its forecast path curves toward the Mid-Atlantic states and is forecast to weaken. The remnants of Zeta will be broad enough, the current forecast calls for rain near the Michigan-Ohio border (but minimal rain chances north of Flint). 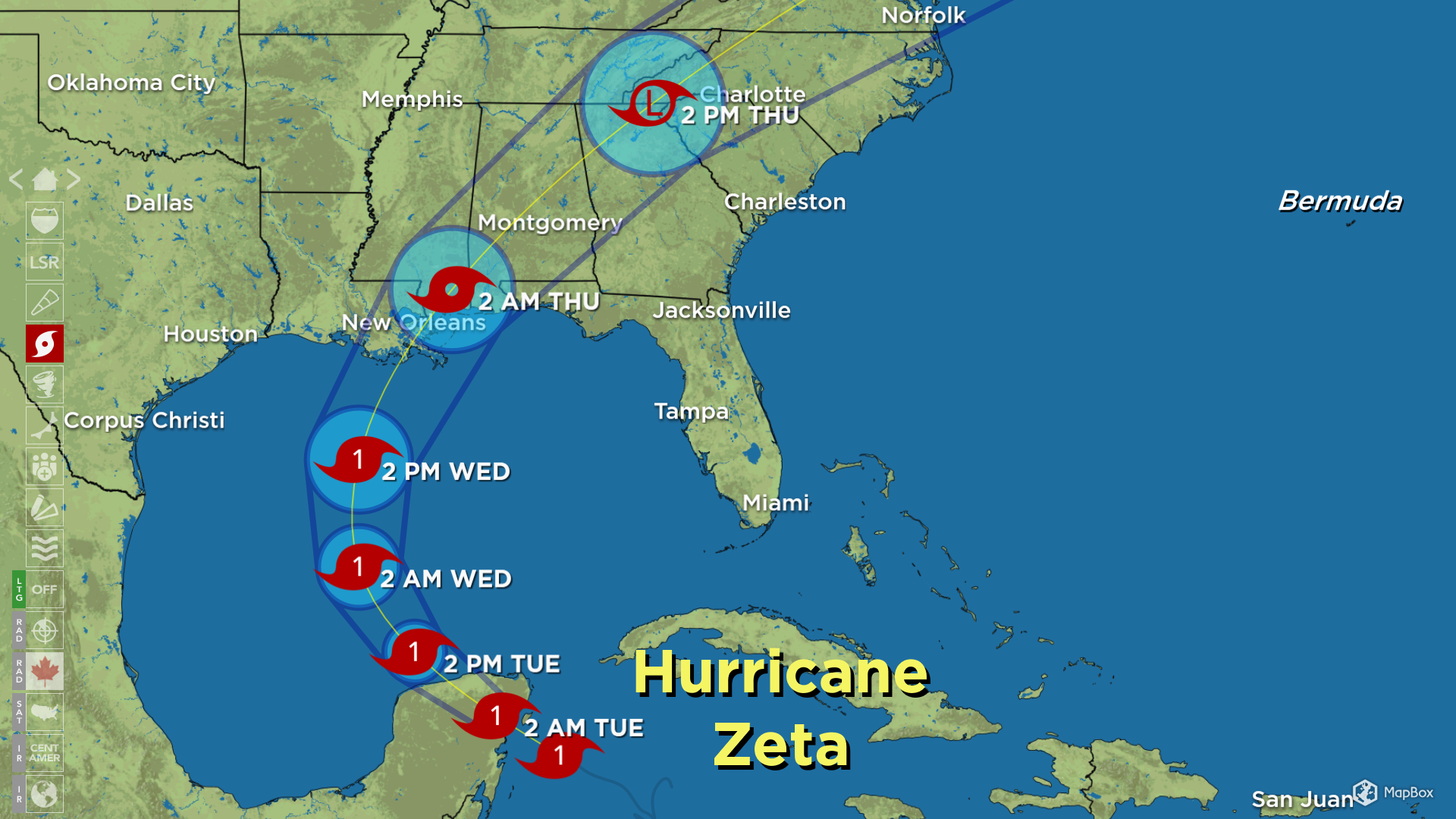 The forecast path of Hurricane Zeta has prompted Hurricane Watches (dark purple) and Tropical Storm Watches (dark blue) throughout parts of the Gulf Coast states, including Louisiana, Mississippi, Alabama and far western Florida. The difference between the two types of watches is the strength of winds expected. Hurricane alerts are issued for peak winds 74 mph and up, Tropical Storm alerts are issued for peak winds of 39-74 mph. 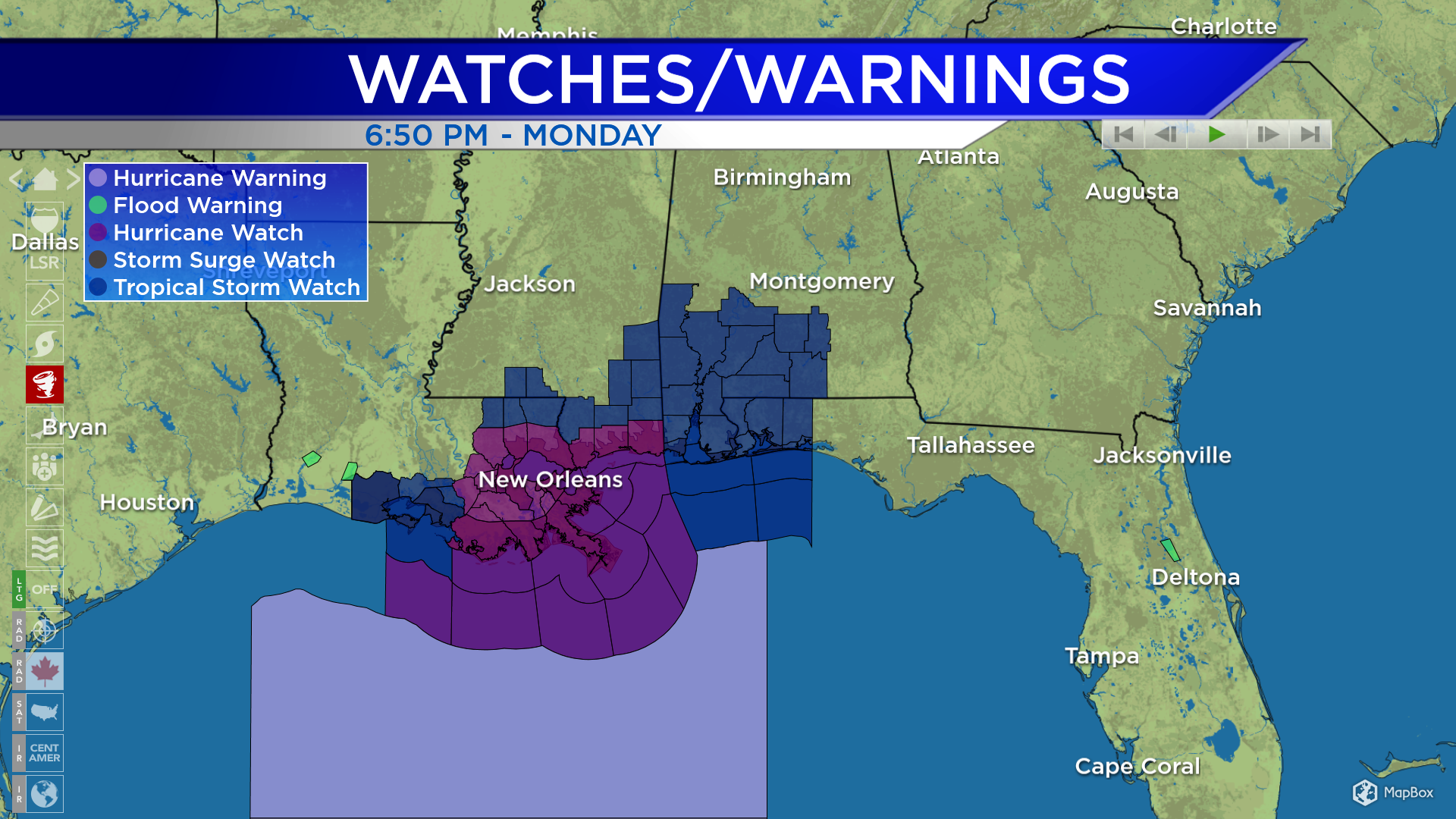 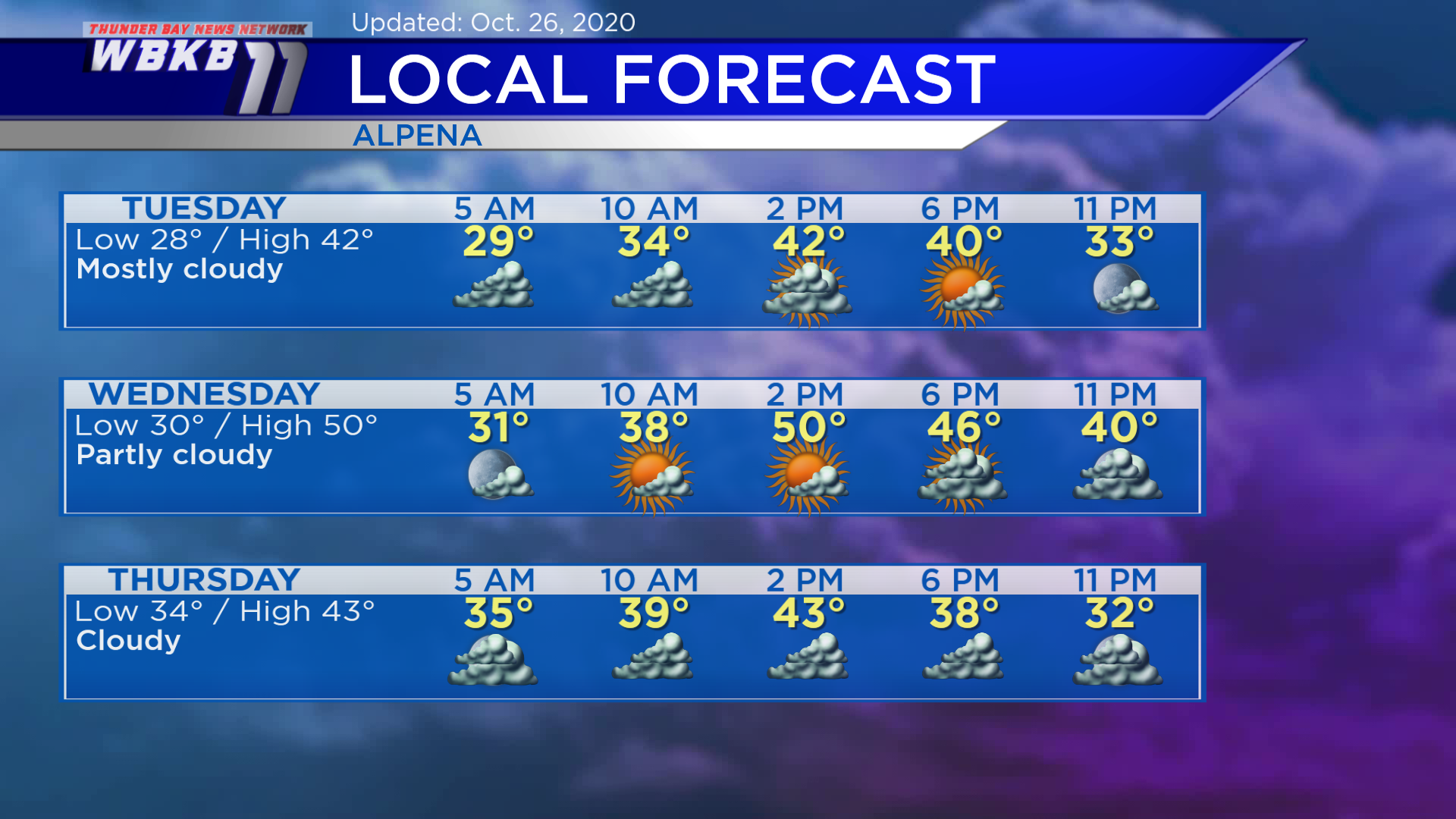