High temperatures today reached the lower 30s for most of Northeast Michigan with cloudy skies and occasional flurries. Winds remained brisk out of the west about 15 mph. Winds will calm and temperatures will cool overnight. 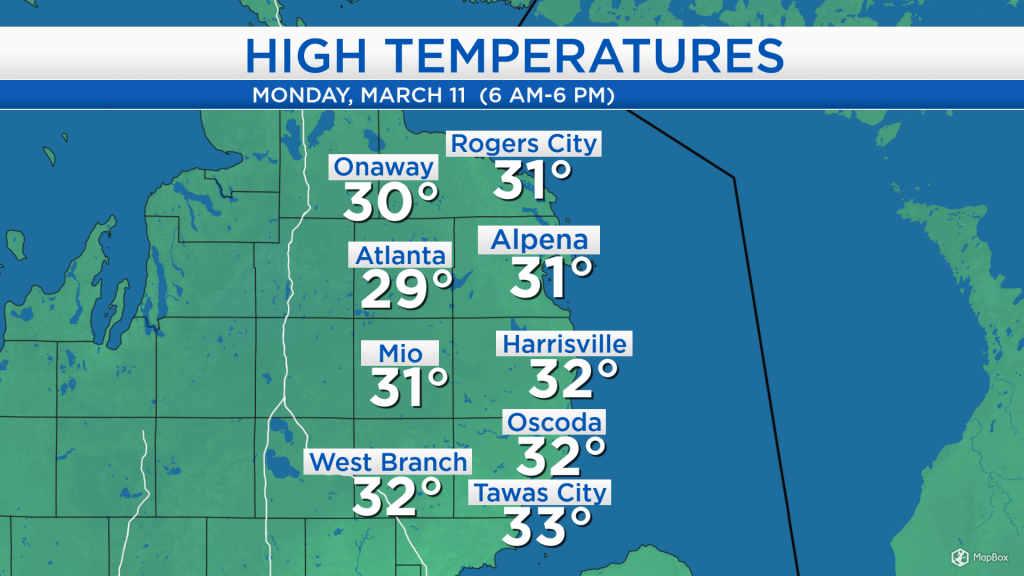 A high pressure system over southeastern Iowa is bringing mostly clear skies to much of the Midwest. It will bring decreasing cloud cover tonight and mostly sunny skies tomorrow. Later this week, a storm system currently gathering over Arizona will move northward through the Plains. This storm system will track to our west, putting our area in a warmer and wetter pattern. 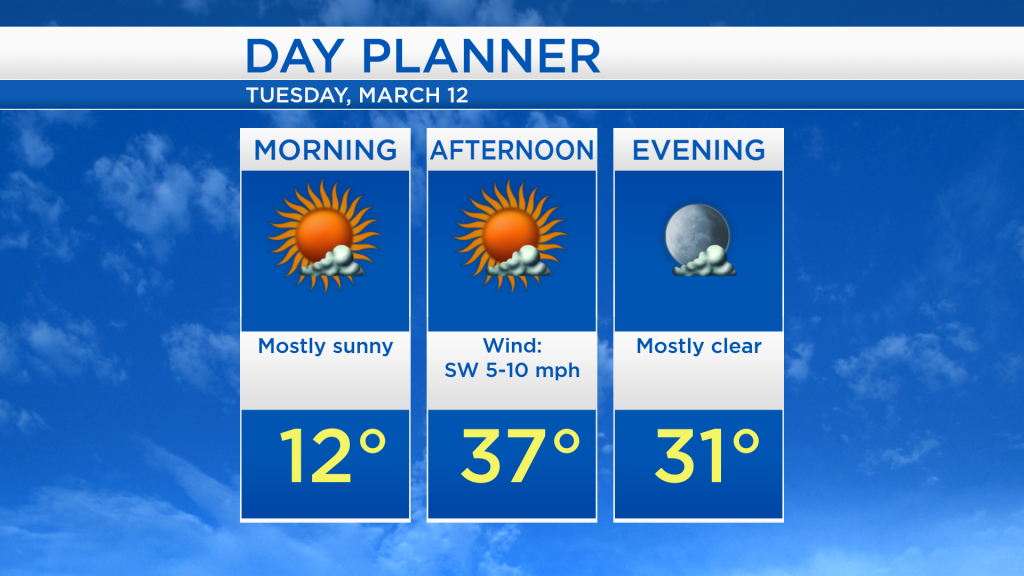 Temperatures will continue to warm later this week. Highs will reach the upper 30s tomorrow, then close to 40 on Wednesday. On Thursday, winds out of the south will bring temperatures in the lower 50s. It has been a while since we have felt such warmth — the last time temperatures hit 50 degrees happened December 28! After the midweek storm system exits our area, winds will shift out of the west causing cooler temperatures Friday through the weekend. 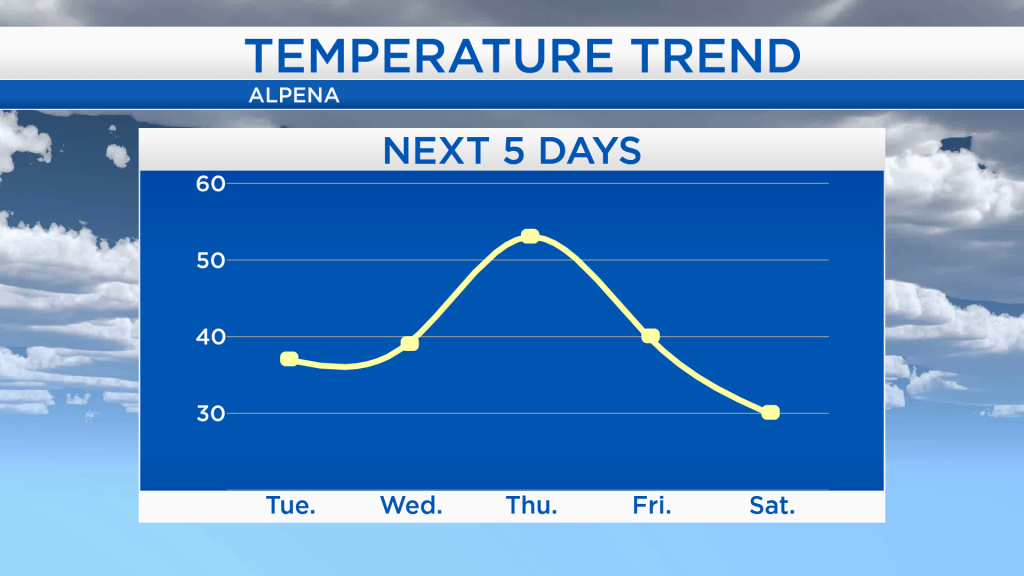 We will see plenty of sunshine tomorrow, and that’s the driest day in the forecast until the end of the week. Scattered showers will likely move through our area on Wednesday although limited dry time is possible midday-early afternoon. Fog is likely late Wednesday and early Thursday as warm air overrides the existing snowpack. More showers are on the way for Thursday along with some very warm temperatures. Friday should be drier although some light showers or flurries are possible. For the rest of Northeast Michigan’s weather forecast, watch the latest weather video by clicking the weather tab at the top of the page. 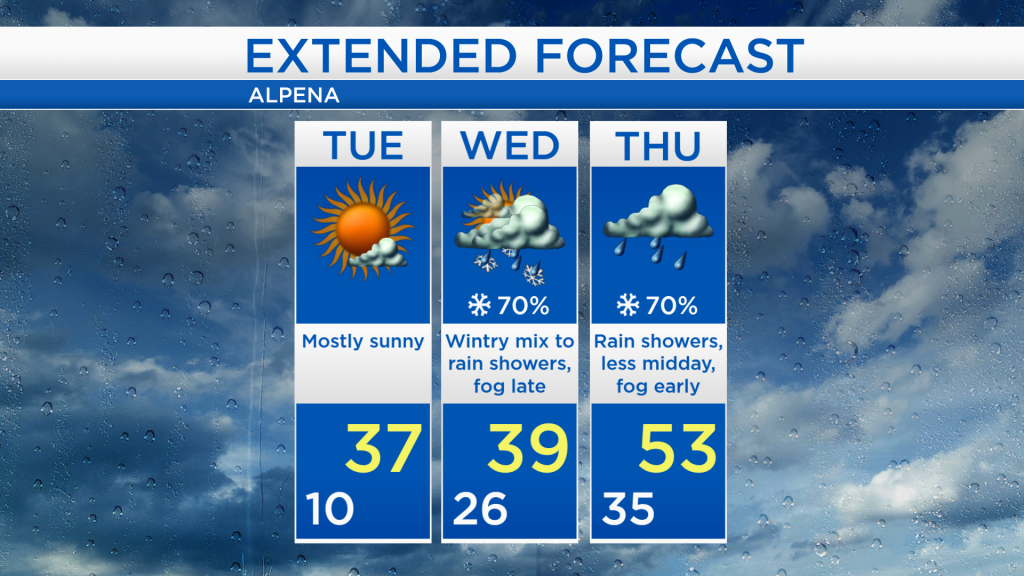