A cold front progressing from northwest to southeast across Michigan is bringing a round of snow showers this evening. Behind the cold front, winds out of the northwest will transport much colder temperature into our area. Those winds from the northwest will also generate lake effect snow Friday.

Low temperatures by early Friday will drop to about 18 degrees in Alpena, 20 degrees in Tawas City, Michigan and 16 degrees in Mio, Michigan. A few snow showers will move through Northeast Michigan. 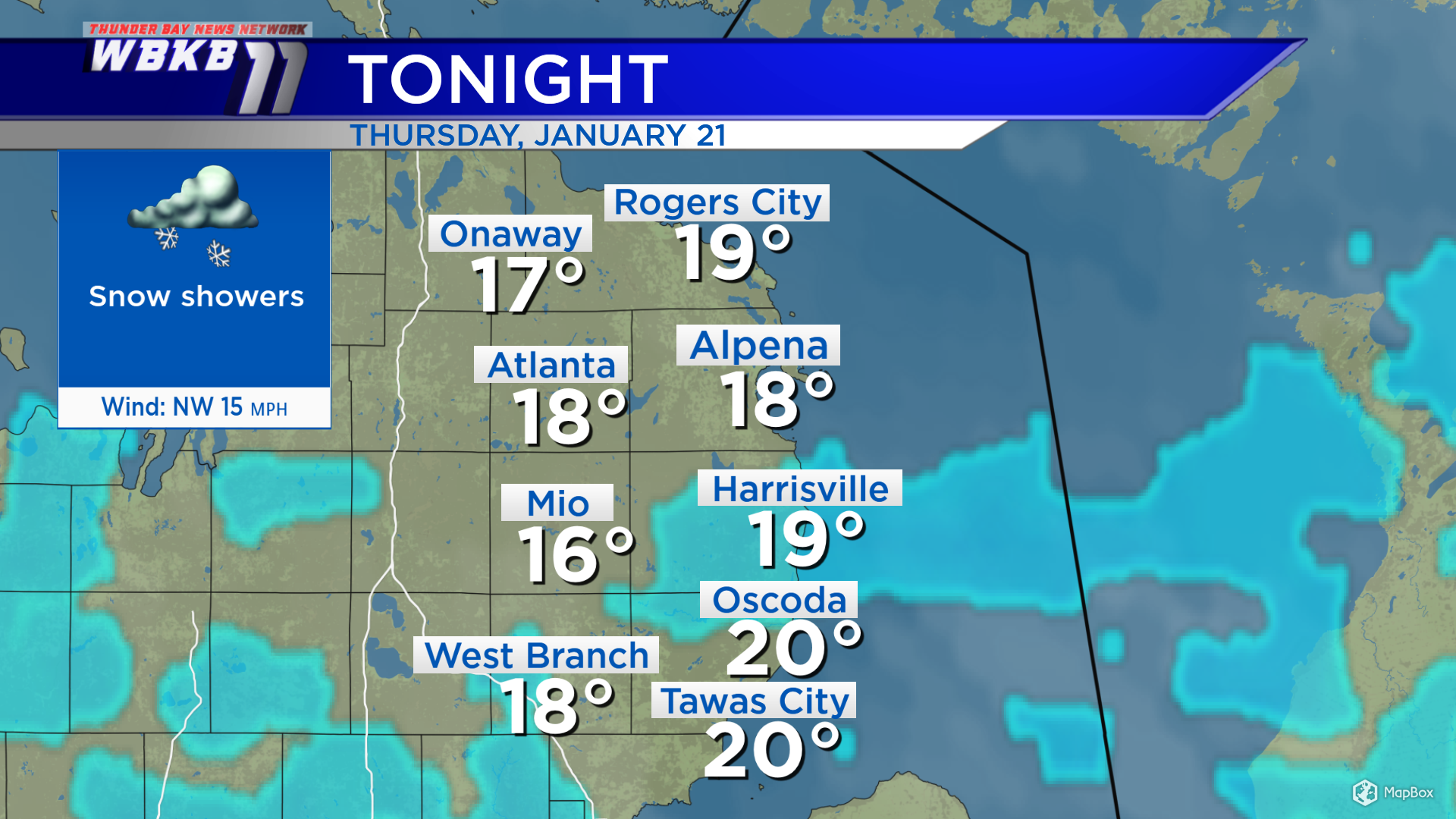 It’s going to feel very chilly given these much colder temperatures combined with winds blowing at about 15 mph. Wind chills will drop to the single digits overnight, and they will not climb much Friday. We’re looking at wind chills near 10 (at best) for Friday afternoon. Even with high temperatures in the lower 20s, it will feel significantly colder than the actual temperature. While Saturday will still remain cool, wind chills will improve as wind speeds become much lighter. 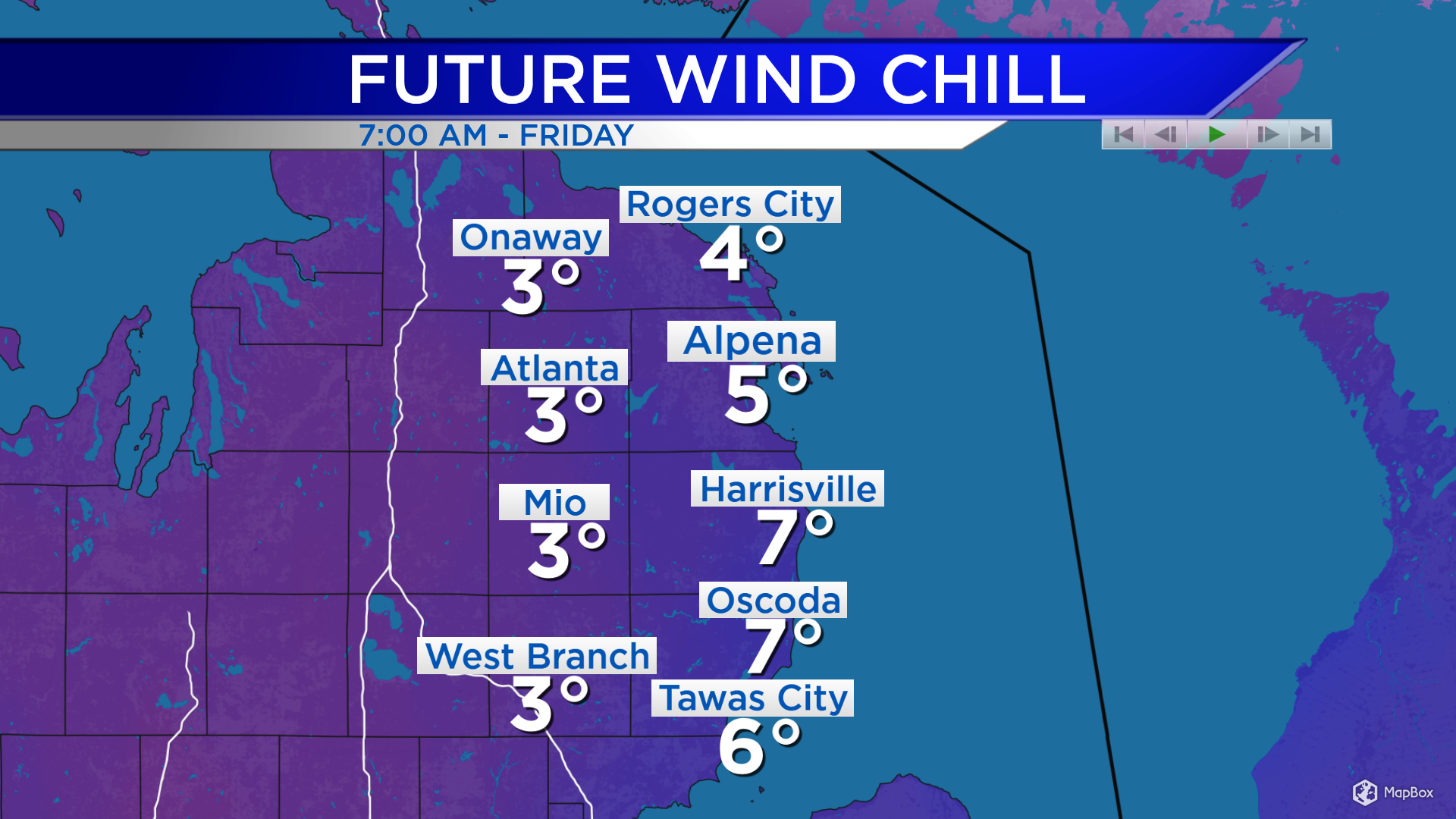 Friday: Scattered lake effect snow showers, sharply colder. Temperatures will cool to around 18 degrees in the morning. Afternoon highs will climb only to the lower 20s. Evening temperatures will head into the teens. 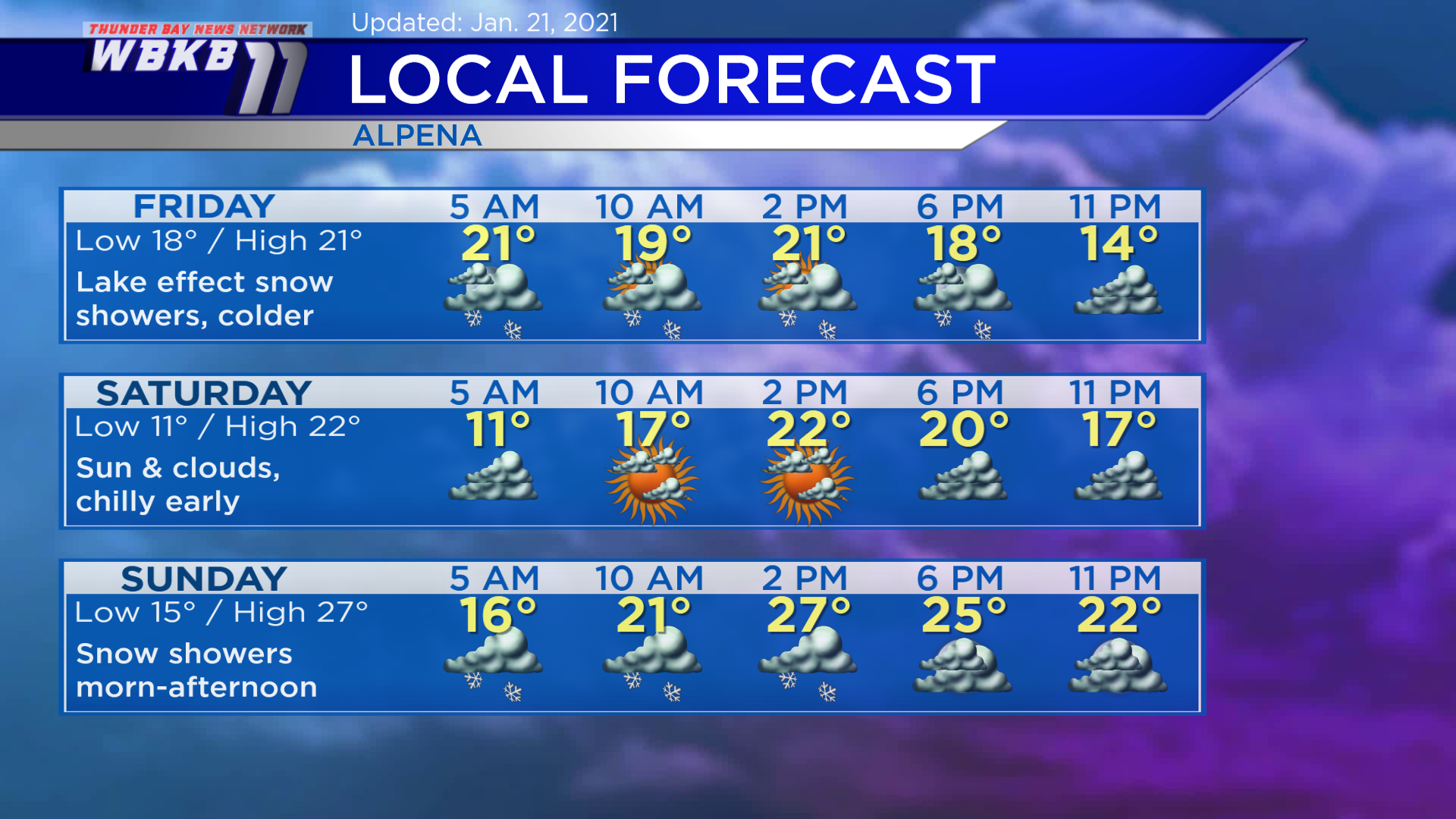