A prolonged stretch of below-normal temperatures is about to begin this weekend and last for the next several days. High temperatures Friday were divided by a cold front moving across the state. Temperatures warmed to 78 degrees in Detroit and 68 degrees in Saginaw, Mich. In fact, temperatures reached the lower 60s in Oscoda around lunchtime, and then began to drop. While temperatures in the 50s weren’t exactly warm for Alpena — notice the colder air building into the Upper Peninsula, the high reached only 38 degrees in Houghton, Mich. 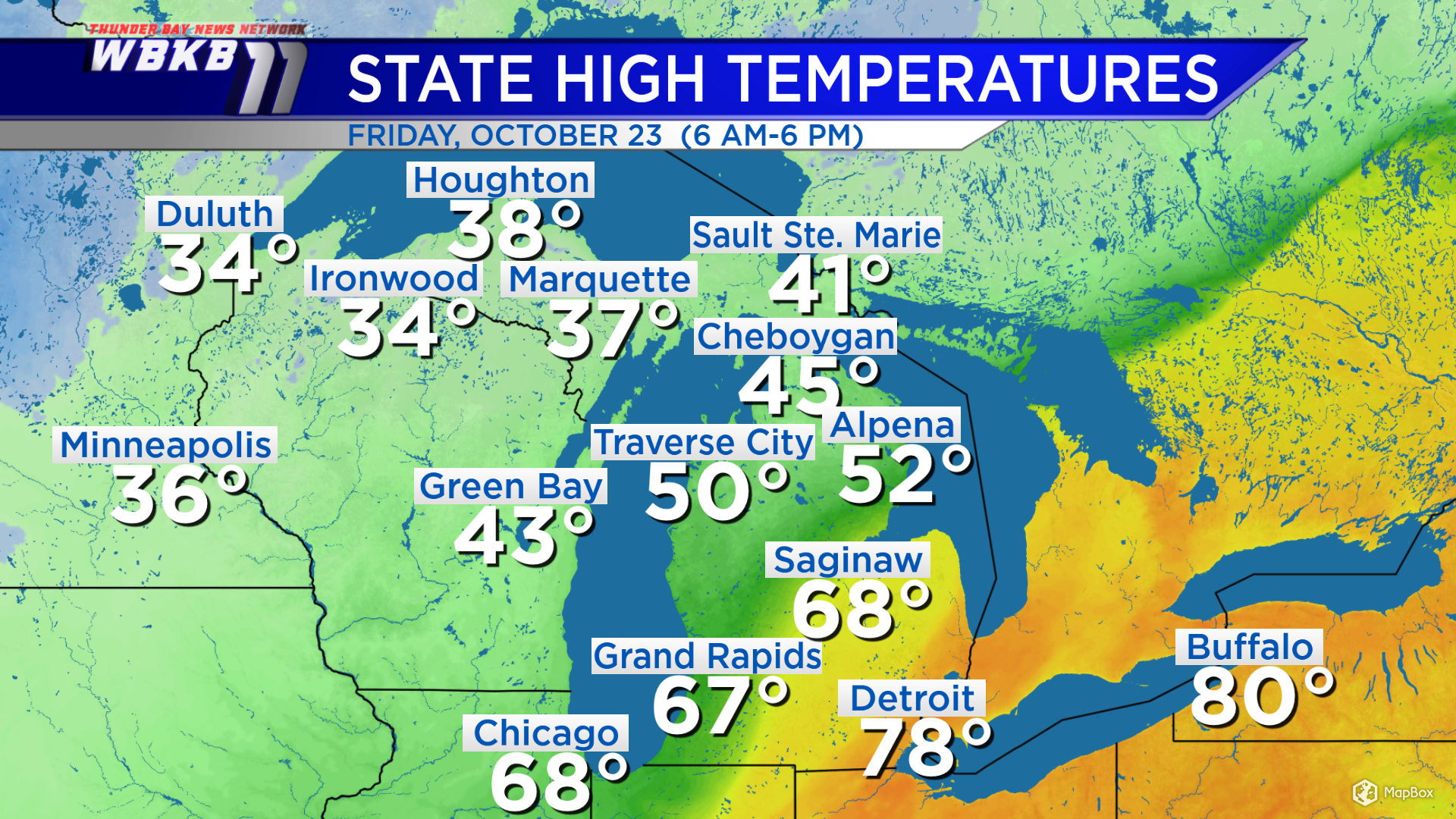 The cold front that moved through earlier Friday brought soaking rain to parts of Northern Michigan in the morning and afternoon. A breeze out of the northwest will develop on Saturday, sending colder temperatures into our area. The good news in the weekend forecast is a high pressure system moving in from South Dakota will bring drier skies beginning tonight and lasting into Sunday afternoon.

A rainfall report north of Atlanta, Mich. picked up more than 3.5 inches (including what fell Thursday night). In Gaylord, more than 4 inches of rain were measured. Flooding was more of a problem over northwestern parts of Michigan and areas near The tip of the Mitt, where there were 3-5 inches of rainfall Thursday evening through Friday. Alpena had about 1.1 inches of rainfall, and rainfall amounts were substantially less south of Alpena. 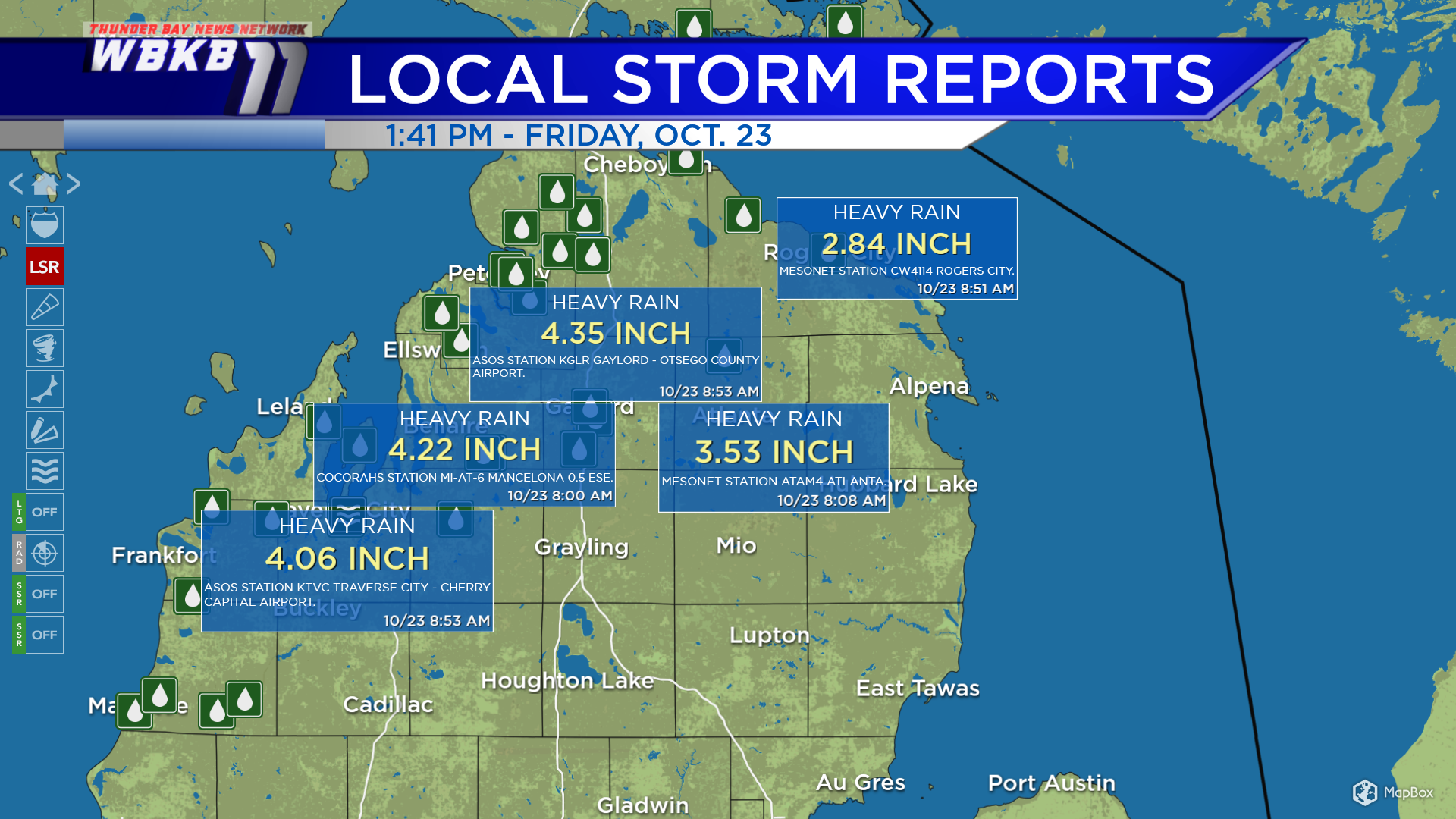 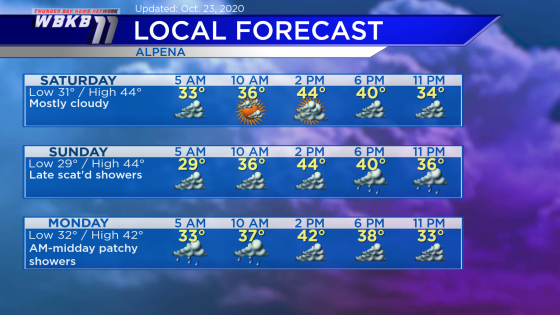