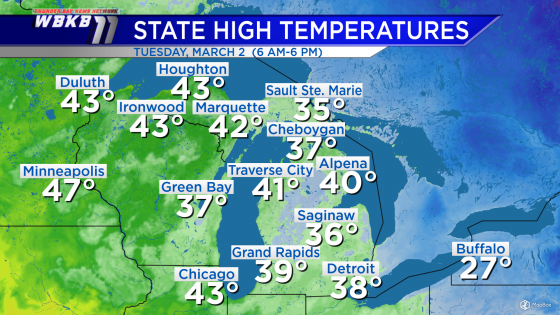 Many places throughout Northern Michigan have seen periods of sunshine Wednesday. Cloud cover continues to increase, first for places north of M-32 and then spreading toward the southeast later tonight. We will see more clouds around Wednesday because of an incoming cold front with a fairly weak low pressure system north of Lake Superior. This cold front will move through our area, shifting winds out of the north-northwest for Wednesday. Cooler temperatures will arrive going into Wednesday night and Thursday. 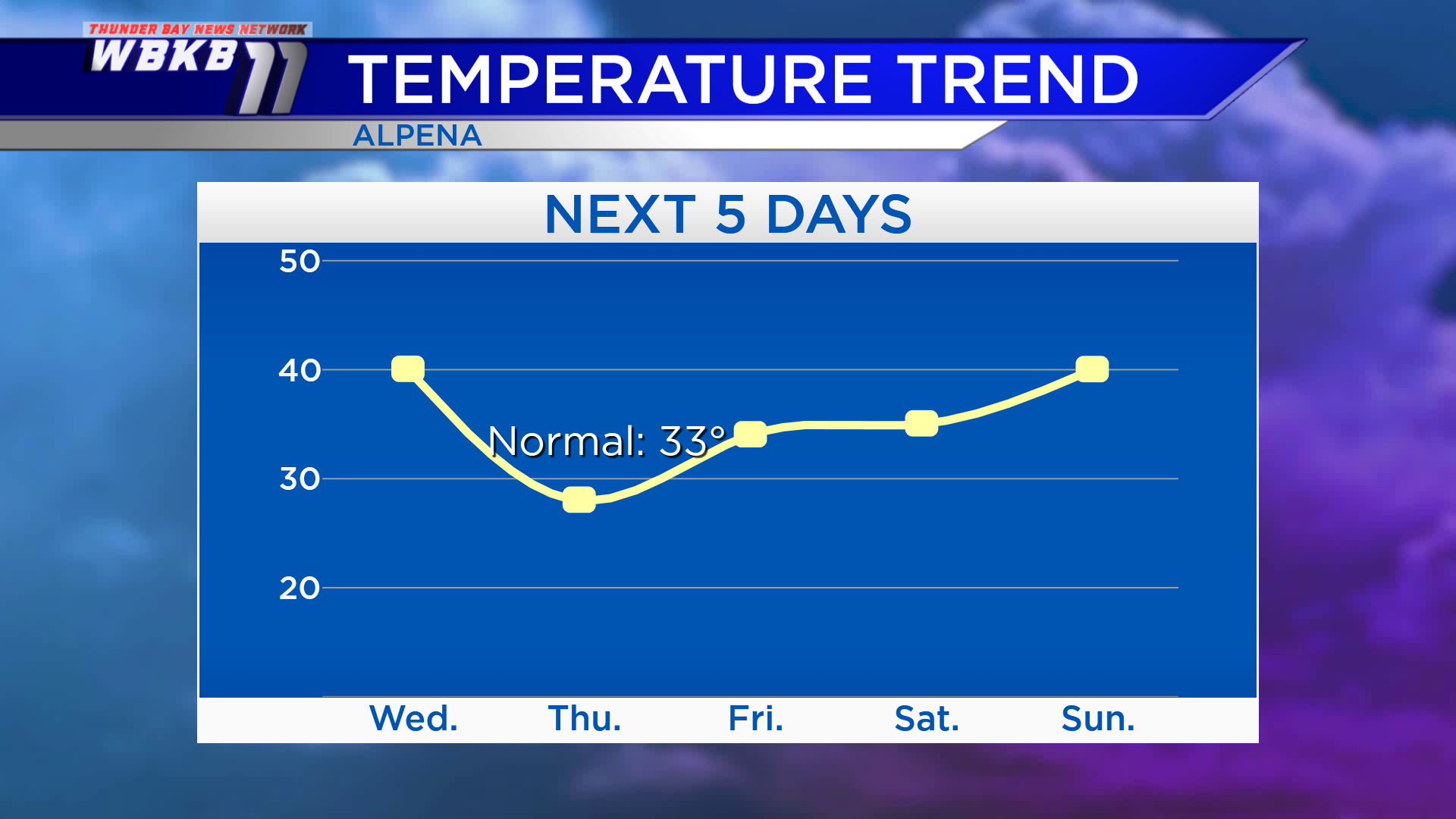 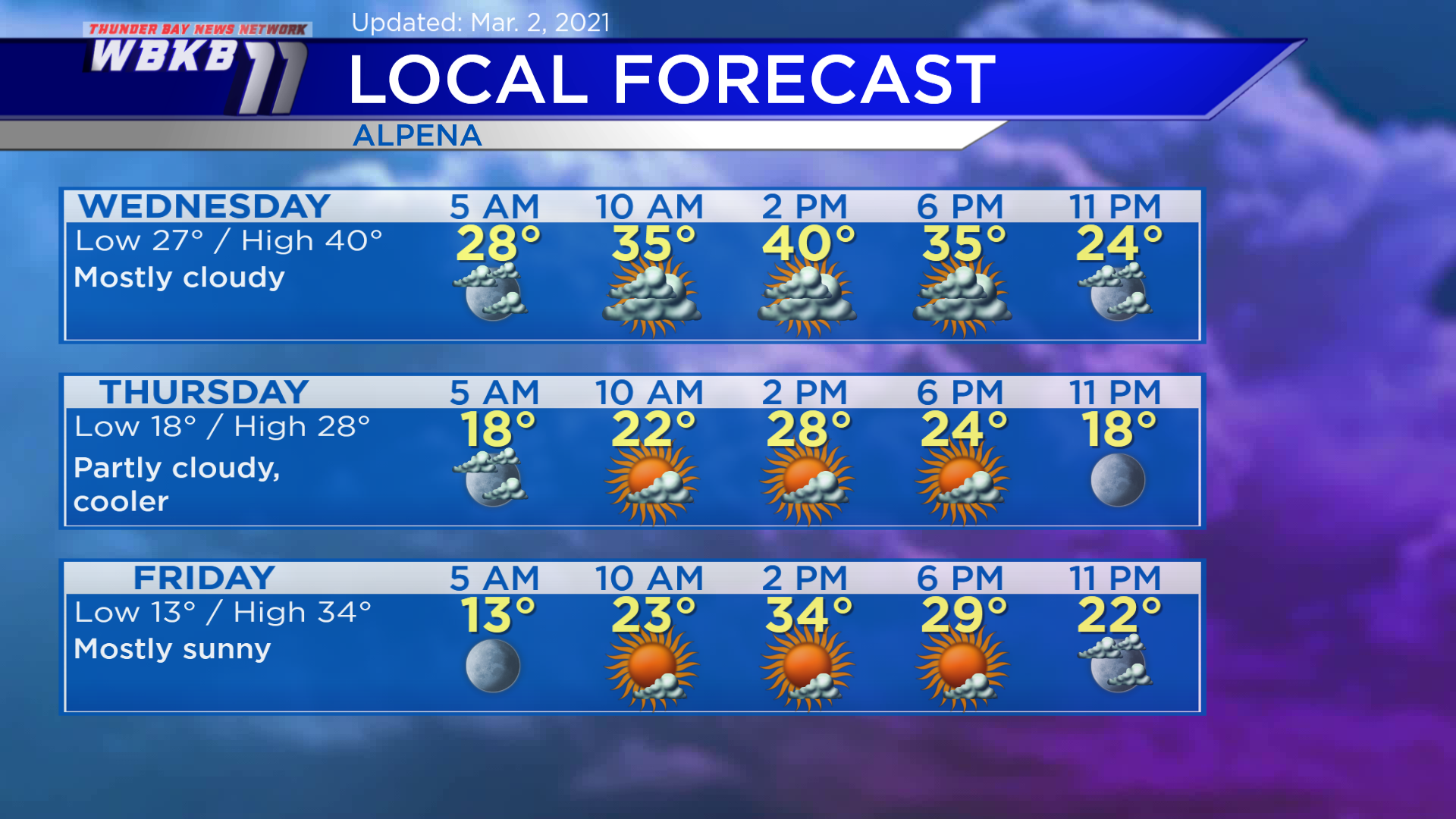