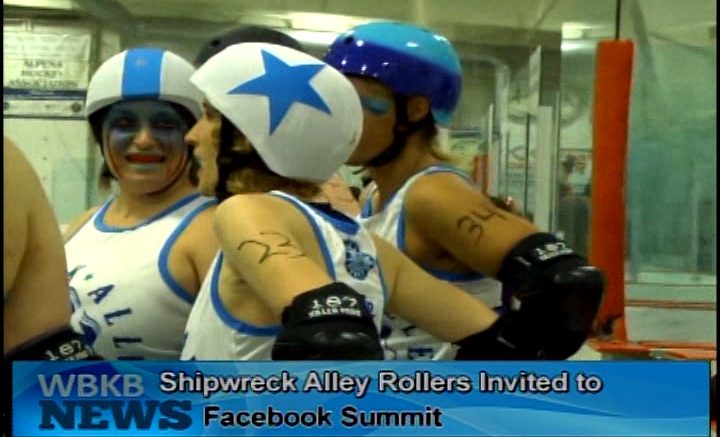 The Alpena Shipwreck Alley Rollers has been recognized by a site that we’re all familiar with…facebook!

The team was chosen as one of 100 groups nationwide that will participate in Facebook’s first ever communities summit. This summit will be a private event for Facebook’s top group administrators, including our very own Shipwreck Alley Rollers.

“It’s so exciting because when you think about the scope of it there’s 620 million of these groups on Facebook right now, and our team from Alpena has been chosen to represent Northern Michigan and it’s such an exciting thing for us,” said Cristi Johnson, Team Head Coach.

It wasn’t likes and follows that granted the team this opportunity, but it was how active they were on their Facebook page. Something that was created as a form of communication outside of emails. The page makes it much easier to coordinate practices, meetings, and more.

“It’s nice because it’s not only informational forum, it’s also support for skaters if they’re having a bad day we post encouraging things and give shout outs and things like that too,” said Traci Boyle, Team General Manager. With the goal of building community, the Shipwreck Alley Rollers look forward to sharing their experience of launching a roller derby team with a successful social media presence.

But that’s not all they’re looking forward to…

That’s right! Facebook Co-Founder and CEO Mark Zuckerberg will be at the summit and is scheduled to be the keynote speaker. A few members from the team will attend the summit from June 22nd – June 23rd, in Chicago, Illinois.