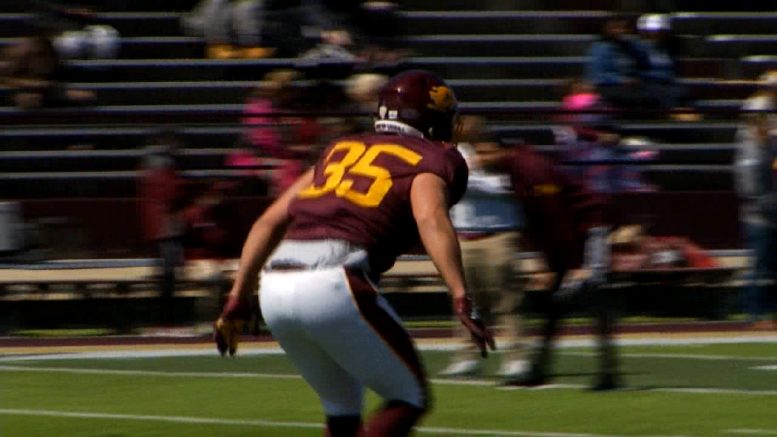 There are two spring newcomers to the group, Guthrie and Justin Whiteside. Guthrie left Alpena in January for early enrollment at CMU, and since then he has bulked up and is now considered for the middle linebacker position. Guthrie weighed in at 218 pounds and now is up to a solid 240.

During his career at Alpena, he topped the career rushing record with over 2,700 yards and tied the Wildcat’s record of 27 tackles in one game.

Wildcats lose in a heartbreaker on Pink Night