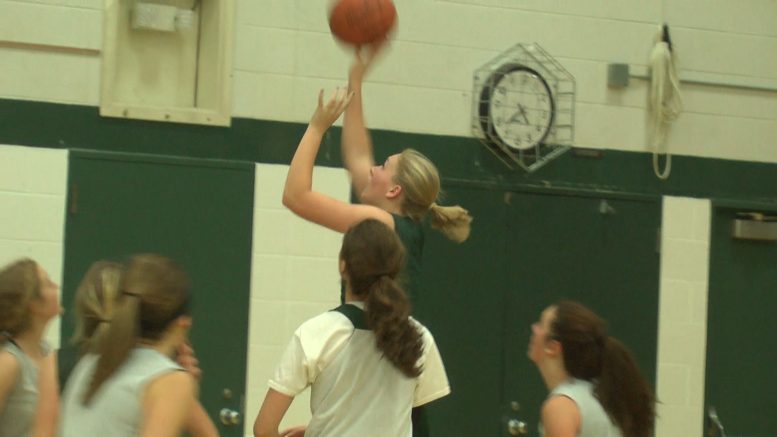 “Last year was kind of set up the offense,” said junior Jade Schultz. “I think she was just kind of getting her feet wet last year. With this year she knows okay this is Alpena. We know what we’re doing.”

Now that the offense is all set up, it’s about defense and speed.

“We are a lot faster, a lot quicker,” said senior Maddie Voltz. “We will be able to press and be more mobile and play man better.”

“Defense we have a lot of guards and we are fast,” said Andrews. “I hope we can just rotate two or three people in at a time and just keep the press on as long as we can and just create a bunch of chaos.”

A lot of that speed comes from the wildcats’ soccer players. Alpena has the speed to create trouble, and that’s the ingredient the Wildcats hope will improve their 12–7 record, third place conference finish from last year.

“I think it will be tough for other teams to come in and guard us,” said Andrews. “I mean if you put a big girl on Anna Young she’s just going to go past you. Same thing with Allie DeRocher, same with any of the girls. You put somebody tall on them and they aren’t going to be able to keep up.”

The Wildcats open up the season at home on Tuesday against Sault Ste. Marie, a tough non–conference game, at 7 p.m.