Rain is on its way in from the south, as the remnants of Subtropical Storm Alberto move into our area. Eastern counties including Alpena, Alcona, and Iosco can expect about a half-inch of rainfall, while neighboring counties to the west including Montmorency, Oscoda, and Ogemaw can expect up to one inch of rainfall through Thursday. 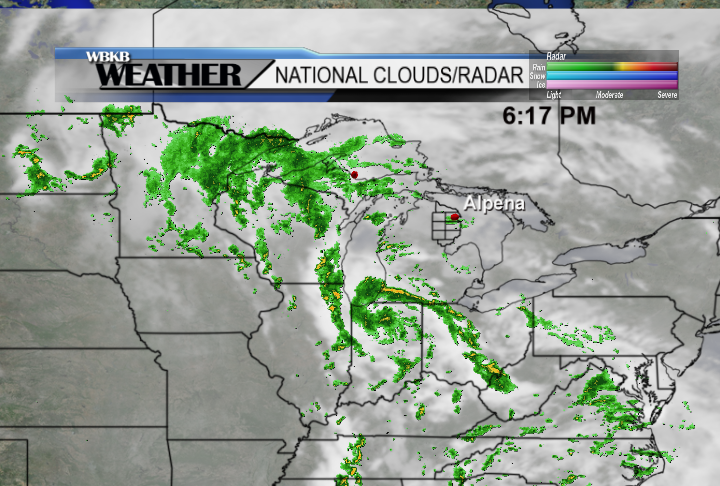 Tomorrow’s rainfall should be intermittent with a few breaks throughout the day, and a chance of a pop-up afternoon thunderstorm. High temperatures should make it up to either side of the 80 degree mark courtesy of a stiff breeze out of the southwest about 10-15 mph. 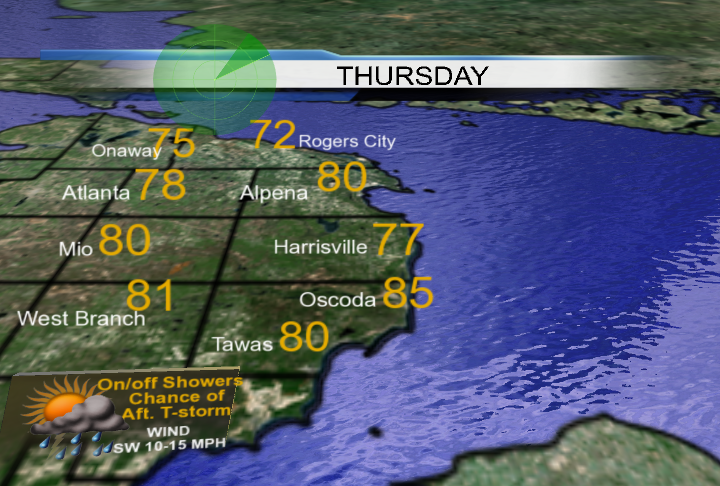 Heading into the end of the week, winds will turn out of the north on Friday bringing in colder temperatures. For the start of June, high temperatures will cool off into the 60s Friday and Saturday.

After Thursday’s showers, mostly cloudy skies will linger into Friday with cooler temperatures. The sunshine will break out this weekend, and temperatures should recover into the lower 70s by Sunday. 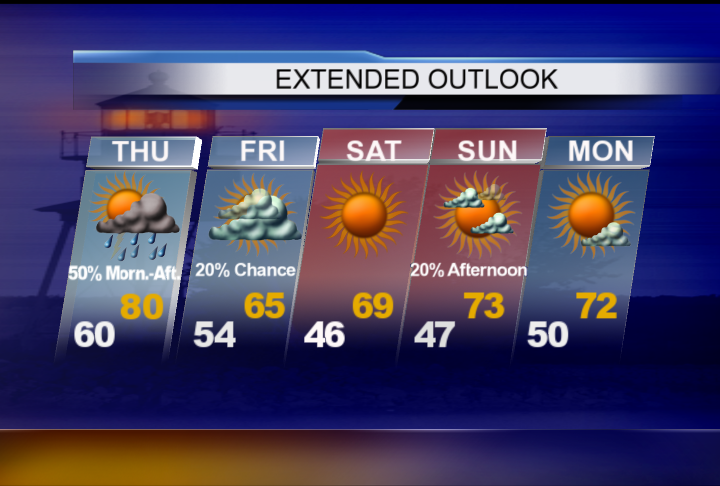 The Battle of the Defeated is our Game of the Week

Warm Friday morning with another round of rain; Sharply colder Friday afternoon-evening