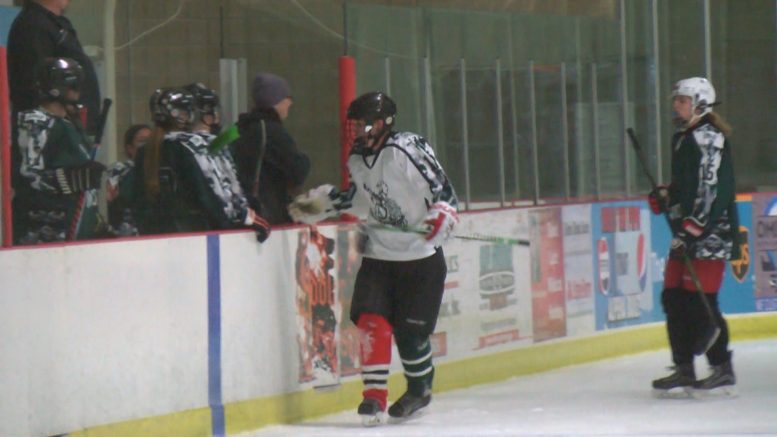 Jersey color didn't matter Saturday as former Alpena Warriors alumni were just happy to be on the ice with each other again.

The game allowed former teammates to connect again. Nunneley described her relationship with her teammates as “a family away from home.”

“To come back is amazing. I get to see people I haven’t seen in years,” Nunneley added.

The 2018 Alpena Warriors team made a state final appearance, but currently don’t have enough for a 2019 team.

It’s important to note that the Warriors and Wildcats are not affiliated with each other. The Warriors offered girls a chance to play high school hockey at the club level because Alpena High School does not currently have a varsity girls team.

The alumni game also served as a fundraiser for future Warriors teams. The proceeds from Saturday’s game are being put towards a grant to help girls who otherwise wouldn’t be able to play.

Learn how to golf with a former Wildcat and collegiate athlete