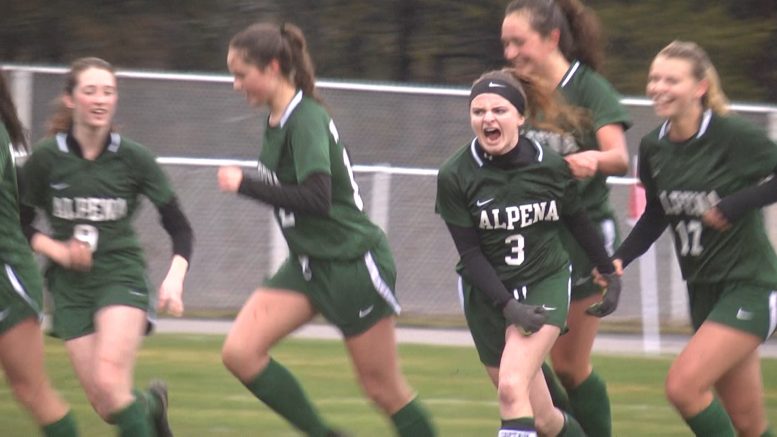 Alpena, Mich. — The Alpena girls soccer team traveled to Gaylord for a Big North Conference battle. The Blue Devils were undefeated this season at (4-0-1). The Wildcats wanted redemption from their loss to Traverse City Central, the same team Gaylord beat 6-2.

“It meant the world to me and I know all of my teammates because after the whistle blew we were all screaming and jumping,” said Girard. “This just gives us the confidence to go into our other conference games.”

The last time Alpena won a BNC game was in 2010 in districts over Traverse City West and Central. Current Alpena Athletic Trainer, Sarah Thomson, played on that strong team.

“The girls have some great communication on the field,” said Thomson. “Last night was a big win for them. I think once you realize that you can compete with any team in the Big North it gives you a little bit more motivation, and that fire from within to get some more big wins.”

Alpena continues their road trip on Thursday at 7 p.m. in Cadillac. The Wildcats will be back at home next Tuesday against Traverse City West at 7 p.m.

Wildcats get revenge on Cheboygan