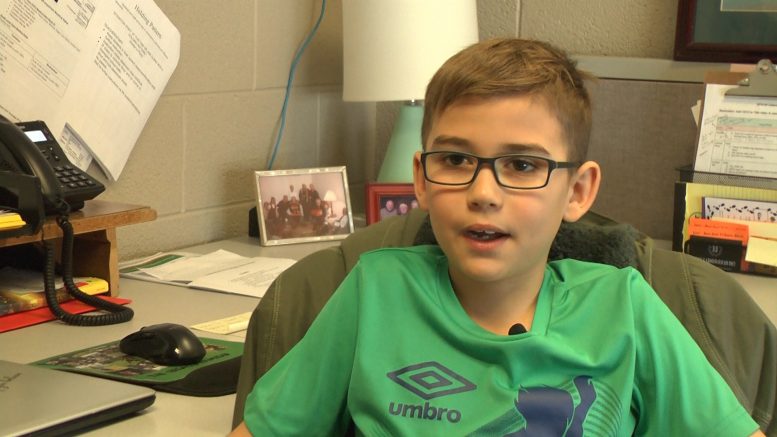 ALPENA, Mich. — Whether you love math, hate it, or somewhere in between, there’s no denying it’s a critical life skill. One Alpena student is excelling in the subject in his own right, more than any other student in the state.

Samuel Fitzpatrick, a third grade student at Besser Elementary, ranked first out of all Michigan students in the Imagine Math program. Samuel’s dad is also the parent engagement coordinator for Alpena Public Schools. He says Imagine Math is a program that let’s students work at their own pace.

“Imagine Math is a program that we use as part of our math curriculum. It’s a supplemental program that allows kids to get extra help if they need it or do extra work on their own to push forward.”

Samuel, a straight A student, has taken the coursework as a challenge, completing more assignments and earning more points than anyone else, and he hasn’t been forced to do it. He’s simply interested in going above and beyond for his academics.

“I’ve been trying to do it for a long time and I was really excited once I got there and a lot of my classmates were excited for me too.”

And he may be young, but Samuel already knows the benefits of putting his best foot forward.

His dad, Lee Fitzpatrick, says he and his wife are incredibly proud of their son. Samuel hopes to one day be a firefighter or an engineer.

The 5th Down: District Finals

Winter’s TD run is the top play of week 9

Wildcats win their first conference game of the season