The Arbor Day Foundation marks a milestone 150 years of Arbor Day today, and Alpena is celebrating 23 years of being named a Tree City.

The city of Alpena has been named a Tree City USA community by the National Arbor Day Foundation to honor its commitment to community forestry. “We do take care of our trees, we take care of nature, you know we just don’t build streets, and sidewalks, and utilities and such, we have to take care of nature as well,” said Steve Shultz, Alpena city engineer. 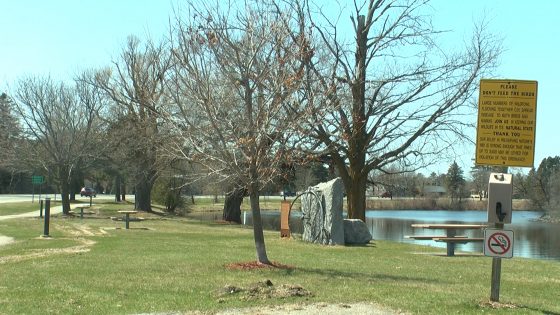 District Manager of Alpena Conservation, Charles Doan said there is a nationwide need to plant more trees. “Because we’ve logged so much of our forest, the state has recognized that we really need to invest in  re–planting and regenerating our forest in such a way it makes them ecologically healthy again and that’s what were after,” he said. “It’s a very good effort, there’s going to be a few hurdles to get there, but that’s what were engaged in, absolutely.”

According to the DNR, for every 10 percent increase in urban tree canopy, lung– damaging ozone gas is reduced by 3 percent to 7 percent. Tree-lined streets have also been to shown to reduce particles from car exhaust by as much as 60 percent. “If the forest is ecologically sound like it’s supposed to be, like it was designed to be, climate change wouldn’t be like it is,” said Doan.

The Michigan  Department of Natural Resources is committed to the conservation, protection, management, and use of enjoyment of Michigan’s natural and cultural resources for present and future generations.