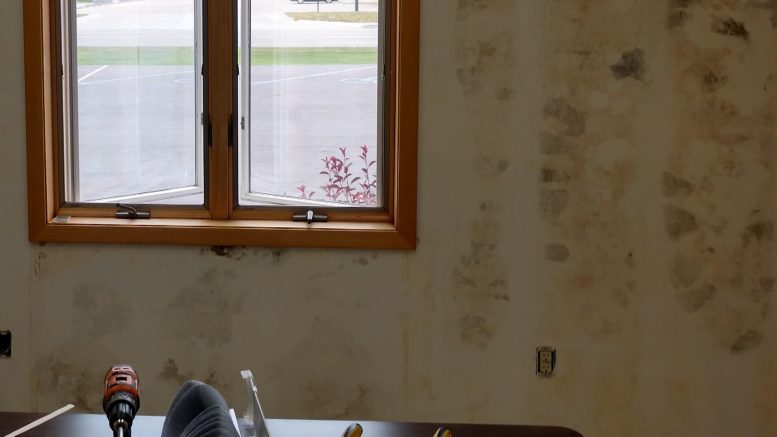 ALPENA, MICH — Staff at Alpena – Montmorency – Alcona Educational Service District are preparing for school to start in just a week, after finding mold in their central office this summer.

Superintendent, Scott Reynolds, gave us a tour of the building. He says the mold was found on an exterior wall during renovations.

“What we identified through this process: moisture had been penetrating the building at the base of the exterior siding which was a wood siding, and it started to pull away from the building.”

Mold is typically expensive to remove. Since it can cause health effects, such as respiratory problems, clearing the building became top priority in the project.

“We’re thankful that in contacting our insurance company that those damages are going to be covered by insurance.”

Reynolds says preventative measures are being taken to avoid this problem in the future. For now, focus rests on the safety of the students and staff members.